A minutes applause for former chairman Freddy Shepherd who died last week woz held before kick off and Toon player wore black armbands
We said before the game that many Toon fans would be very happy with a point from this game and that's exactleee wot we got!

A bit fortuitous we admit, az The Liverbirds missed quite a few chances before they scored---in particular when 'old boy' Wijnaldum hit the bar in the forst half at the Gallowgate End and an incredible 3 misses after the baall had richoshaded back into play, but somehow we survived! 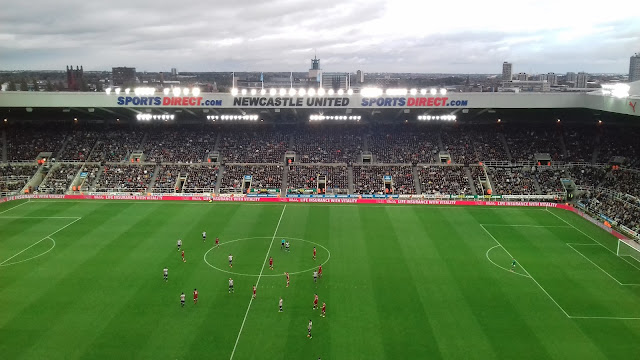 However there woz nothin' that Toon goalie could de in the 29th minute when Coutinho hit an unstoppable shot from ootside the box into the top corner of the net, to give wor visitors the lead!

How many would they now get?--we thought?---but we are made of sterner stuff theeze days and just 6 minutes later Joselu scored when a superb Shelvey through baall to him came of a Liverbirds defender onto Josolu's shin and the baall trickled into the corner of the goal at The Leazes End!---a bit lucky perhaps, but they aall coont!

Just 5 minutes into the 2nd half Ceiron Clark made a hash of a clearance and this nearly cost us, but the resultin shot by a Liverbirds player (cant remember who?) went (thankfully) ower the bar!

'We' did have a few of chances at The Gallowgate End but couldn't find the net again!

Then--when the baall looked to have crossed the goal line (for a goal kick to us) the linesman signalled 'play on' and Chamberlain's resultin shot went narrowly ower the bar, with Elliot beaten!
(If WE could see it woz a goal kick from 'high up in the gods' of The Milburn Stand, how come the ref and linesman couldn't at pitch level???)

It would have been a great injustice had he scored, but we were thankful for a precious point against one of the 'so caalled' 'big six' which leaves us in ninth place before anothaa international break next weekend! 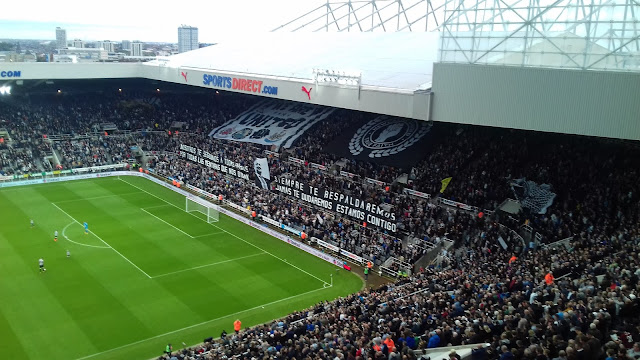 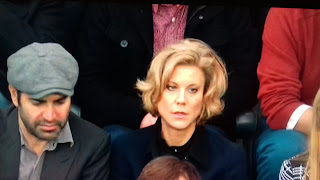 Footnote: Amongst the 52,000 crowd woz Amanda Staveley (pictured above---NOT the one in the cap!) who brokered the deal with the sheikh who bought Man City.
Rumours are abound aboot a possible takeower of NUFC!


Posted by fink the mad-sad groundhopper at 12:00