"MEET ME ON THE CORNER WHEN THE LIGHTS ARE COMIN' ON!" 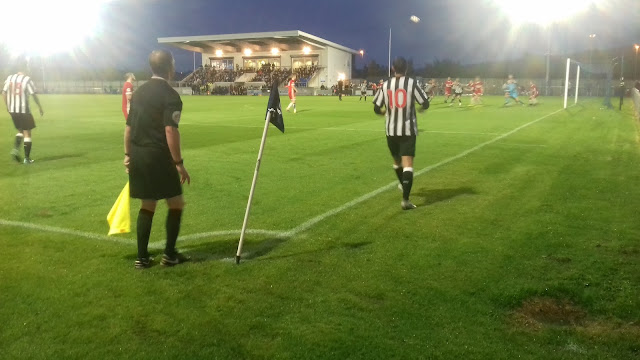 This linesman haz a very famous name
But who iz he? The clue iz in the title!
(Answer below!)

The Toon and 'The NUFC mad-sad groundhoppers' paid wor forst ever visit to the new home of Bishop Auckland FC, which iz actually in the village of St Helen Auckland to the west of 'Bishop' and iz the base for The Smoggies U23 side for the season
Middlesbrough iz some 30 miles distant to the east which makes it a very strange venjue to play 'home games' (St James' Park to the north iz aboot the same distance!)

The groond iz virtually surronded by a huge Sainsbury's superstore behind one side of the groond and a Sainsbury's petrol station behind the right hand goal.
And just alang the road iz a boozer  caalled 'The March Hare', where we heeded for some much needed 'liquid lubrication' before kick off , az we were told that the clubhoose under the main stand woz 'off limits'? 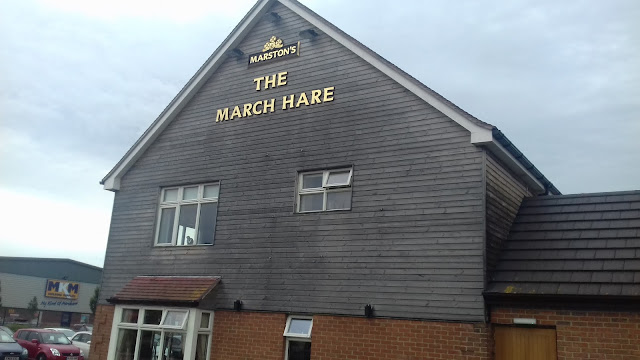 The game kicked off with The Toon kickin towards 'The Sainsbury's Petrol Station End' and we had several chances to take the lead, but couldnt find the net! 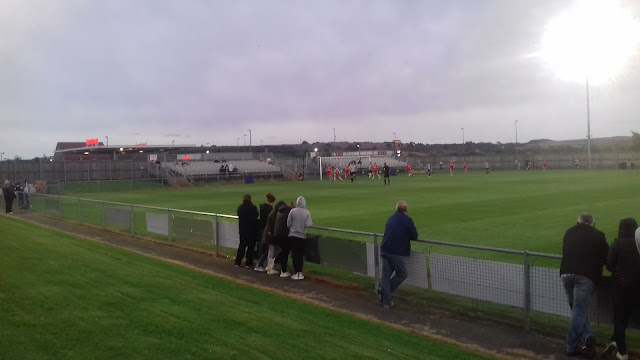 The Smoggies had some chances az well and they made the breakthrough bang on half time with a scrambled effort, az the rain made an appearence from the heavens above! 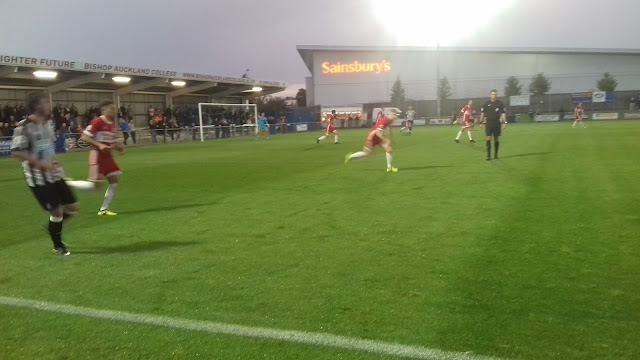 The 2nd half was dominated by us, but we simply couldnt get on the score sheet, despite bein' the better team!
A Kyle Cameron effort at 'The Sainsburys' Superstore End' woz tipped ower the bar by the Boro goalie in the 61st minute and  a Mac Gillesphey divin heeder went very close 10mins later
A great shot from Dan Barlaser came off the post in the very last minute of the game and  the baall went agonisingly behind for a goal kick!
This woz wor last chance and the ref blew to end the game not long after this! 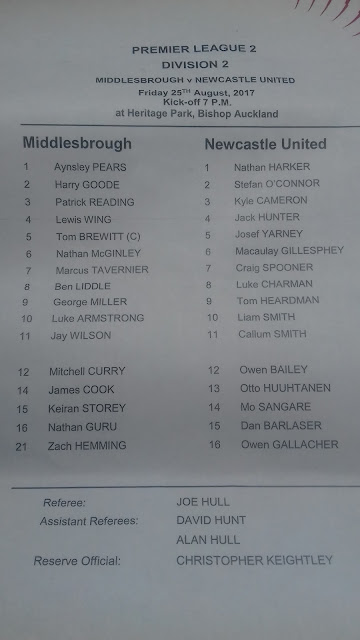 Can yoo spot the famous assistant referee?
(Havvint got the FOGgiest!)

FOOTNOTE:
For those of yoo who are under the age of 60!  An explanation to the title of this story.
One of the linesmen/assistant referee's woz caalled Alan Hull---The same name az the lead singer of the Geordie folk group caalled 'Lindisfarne' who had 2 massive hits in the 1970's    One woz caalled 'Fog on the Tyne' and the other woz caalled 'Meet me on the corner'

The top picture shows linesman Alan Hull near the corner flag just after the floodlights had been switched on!
The 1st line of the song gans: "Meet me on the corner when the lights are coming on and I'll be there---I promise I'll be there!" 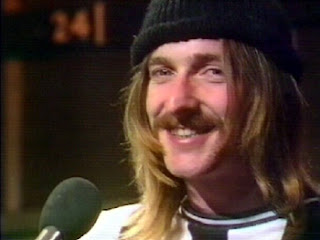 Posted by fink the mad-sad groundhopper at 00:38