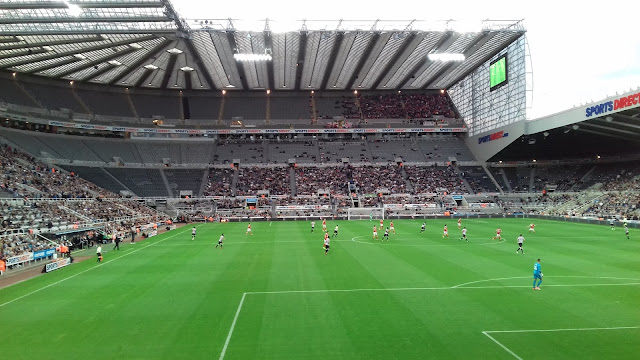 "AT LEAST WE DIVVINT HAVE TO GET UP AT 4 IN THE MORNIN TO LISTEN TO THE DRAW FOR THE 3rd ROOND!"

Makin 10 changes from the team that lost at 'uddersfield , we succumed to a Forest side one leegue below us az the wheels came off again for the thord succesive match!

Players like Saivet, Perry, and Barlaser started alang with Hanley and Jesus Gamez who were in 'the shop window' of surplus stock!

But they failed miserably and rather than bein in Harrods shop window, they are more likely to appear in the POUNDSHOP display!

We started off well in front of a half full/empty stadium when Mitrovic fired home from a Aarons pass in the 3rd minute!
Diame then went close with an audicious lob that just went ower the bar at The Leazes End!
But thats az good az it got and Forest fought back with 2 goals in quick succesion on the half hour mark through Cummings who netted twice!

An equaliser after the baall had struck the ref came when the refs 'pass' foond Diame and he slid the baall to Aarons on the edge of the  box and he hit an unstoppable shot into the roof of the net bang on half time! 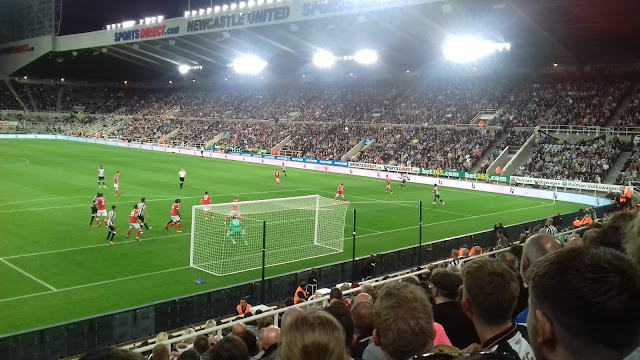 The 2nd half wasnt much cop as extra time loomed and grandson Jamie aged 7 said he wanted it to gan to extra time az it meant he could stop up later!

He got hiz 'wish', but just 7 minutes into the extra priod , Forest's Tyler Walker scored with a well placed heeder which seemed to 'drift' into the net to put the m 3-2 up!

There were ne more goals and we went oot at the  2nd stage of the competition for the fost time in 27 years! 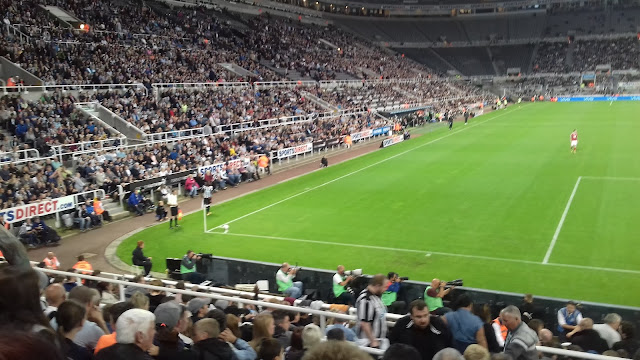 On the plus side-- at least we didnt have to get up at 4 in the mornin to listen to the draw for the next roond from China!
(See story below for explanation!)

The pre match gargels took place in The Bodega and The Leazes End Club! 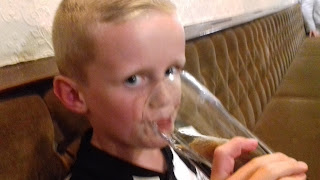 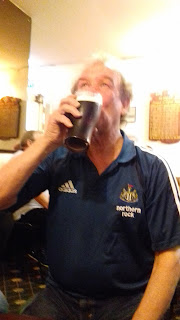 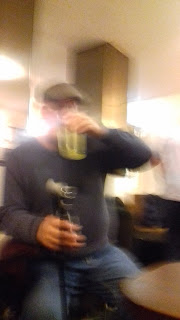 PPS: 'The Friar Tuck Mob' have drawn Premyaa League champions Chelski away in the next roond!
Mebeez its just az well we got knocked oot!

Posted by fink the mad-sad groundhopper at 11:53