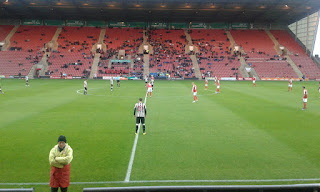 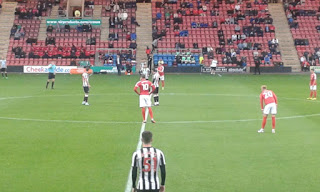 Goals from Liam Smith and Luke Charman secured the victory in front of 1,351 spectators includin 135 Toon groundhoppers housed in the ridiculously named 'Ice Cream Van Stand'!!! (Even The Geordie Times couldnt have made that one up!) 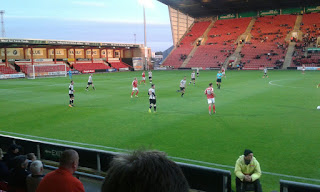 'Blondie Alan the Morris Dancer' haz sent us some pix from the game (and a very brief match report!) az I write this at Woodall Services on the M1 near Sheffield!
"The wonders of modern technologeee!" 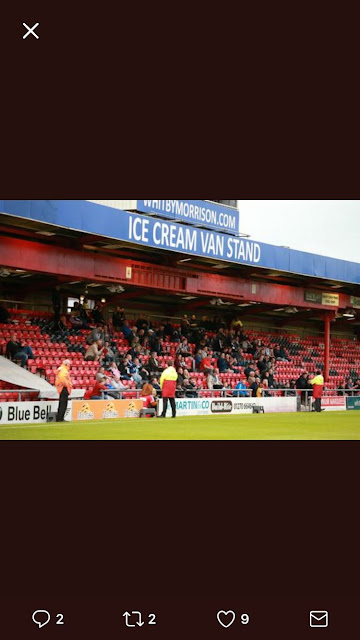 Toon fans in The 'Ice Cream enclosure'!
"Can I have a '99' with a Cadburys flake pleeeze!"
Posted by fink the mad-sad groundhopper at 23:42