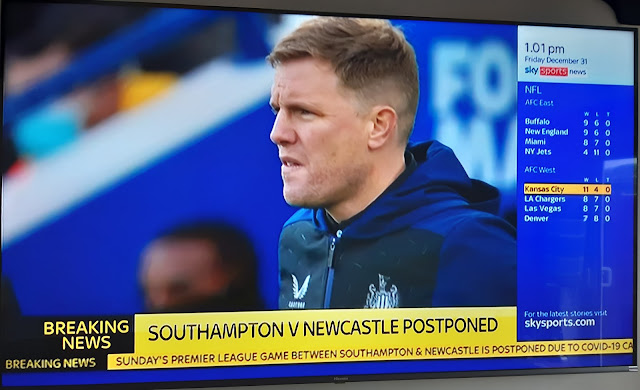 *Sooothampton manager Mr Hasbeenhassle will NOT be a happy bunny!🐰🐇 (See article below!)

Az expected Sooothampton's manager and fans have been whingin aboot the 'late' postponement of wor game against them on Sunday, with more than 2 days notice!

However, it's the 3,300 NUFC fans who have booked trains, coaches, flights and hotels for the 660mile roond trip from the north east, who are the most badly affected by this!

Below iz a list of 17 games that have been caalled off this month alone, yet NUFC ask for 2 games off and there's an outcry!

Proof if ever that the other 19 clubs in The Premyaa Leegue divvint like the idea of NUFC bein' a real force in the future! 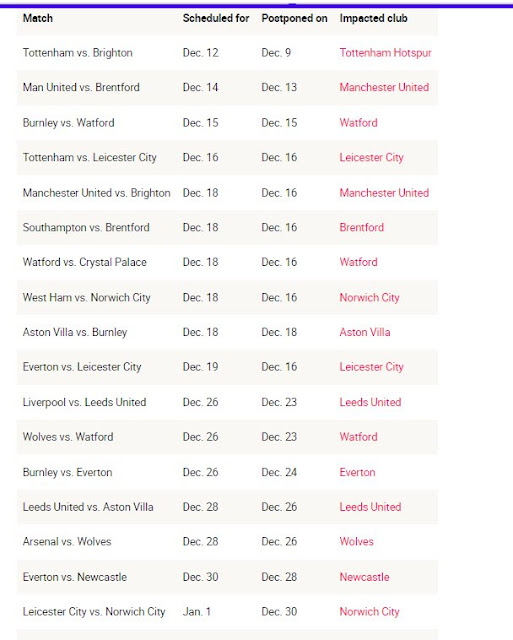 Most games off because of Covid/injuries in their camp

Posted by fink the mad-sad groundhopper at 13:14