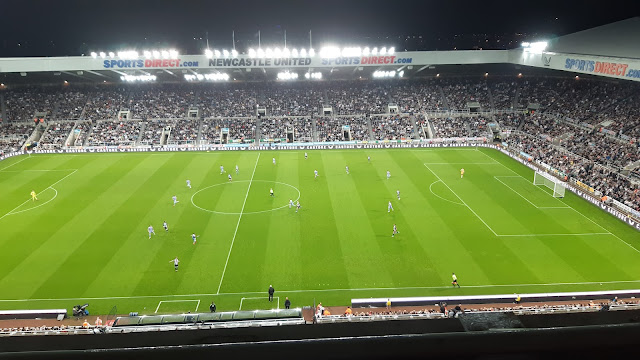 VIEW FROM ROW 'B' OF THE MILBURN STAND BALCONY

The game both sides needed to win ended in a 1-1 stalemate, but NUFC were lucky, to say the least to get the draw az Leeedz missed several good chances, especialy in the forst half!

They took the lead in the 13th minute when Raphinha had a shot from the edge of the box, which anothaa Leeedz player left, and it ended up in the back of the net at The Gallowgate End, beatin' Darlow in the Toon goal! 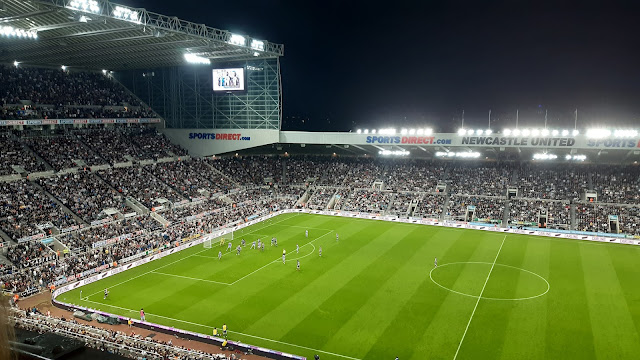 Thiz set the crowd gannin and "WE want Brucey out!" chants reverberated aroond aall 4 sides of the groond!

Matt Richie then came close when he hit the post with a raspin' shot, but it rebounded back into play to deny us the equaliser!

The mood woz hostile until a bit of magic from 'The Saint' (Saint-Maximin) levelled things just before the break when a pass from Joelinton foond him in the box and he jinked and weaved hiz way through the visitors defence to hit a shot into the corner of the net at The Leazes End, to send the Toon fans in the unexpected 50,000 crowd wild with delight!

It woz a very strange atmosphere az one minute Toon fans were supportin' the team and the next minute they were slaggin 'Brucey' and 'The Fat Controller' off!

Meeeenwhile the 3,000 Leeedz fans in The Leazes End top tier were in full voice with their crappy "Marchin' altogether!" songs! 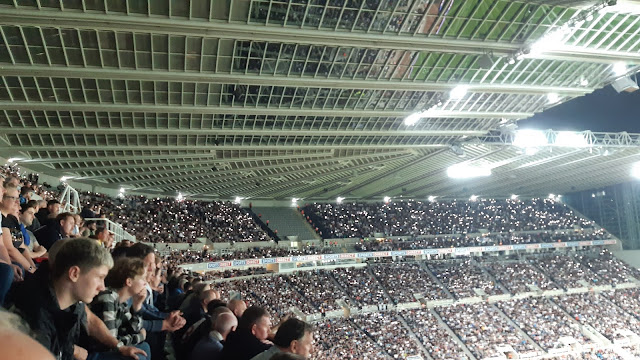 I'VE SEEN THE LIGHT!----FANS USED THEIR TOCHES TO LIGHT UP THE DARKNESS
THE 3,000 LEEEDZ FANS ARE ON THE TOP RIGHT!

The men from Yorkshire came close on a few occasions to retakin' the lead, but Karl Darlow (who had replaced Freddie Woodman in goal) made some great stops to deny them!

One protest from Toon fans woz to hoy paper planes from the terraces to try and stop the game and they had were thrown from aall sides of the groond, but none of them made it to the pitch!!!! (Must dee better next time!---tennis or golf baalls next?) 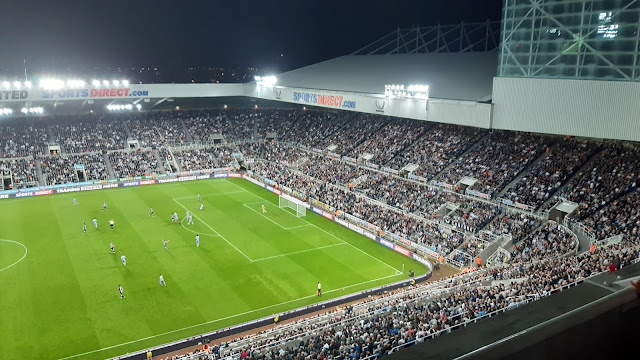 The game ended 'ones a piece', to a mixture of applause and boos from the Toon fans, with the applause for the players and the boooos for 'yee naa who'!

Two points from 15 lifted us to the dizzy heights of 18th in the table, while Leeedz now have 3 points!

That could aall change ower the weekend and if results divvint gan wor way, we could well find worsels in bottom place!!!

The joys of followin' NUFC! 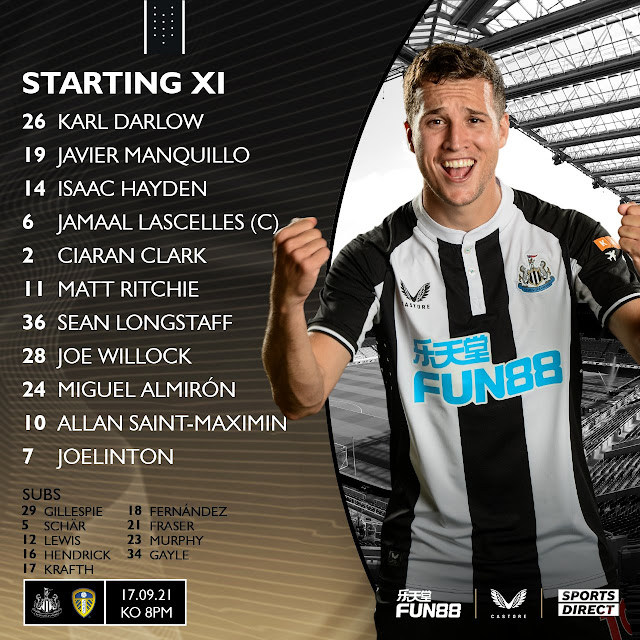