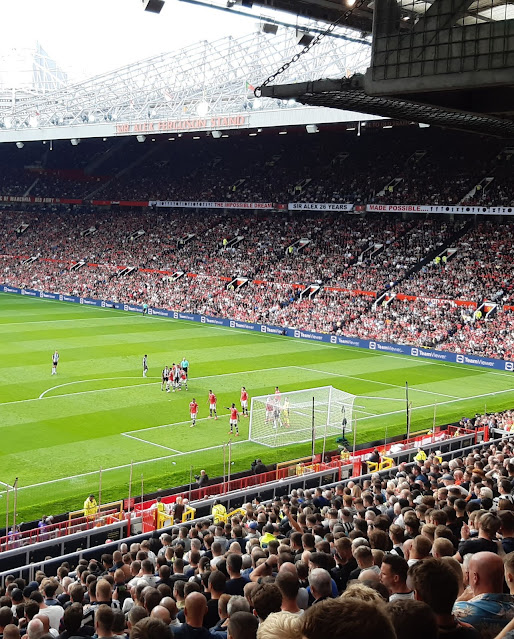 We are not even halfway through September and aalready NUFC find worsels in 19th position in the leegue table with just one solitary point from a possible 12!

This 4-1 defeat at 'The Theatre of Muppets' woz not unexpected, but the scoreline WOZ a bit unfair on The Toon, az we battled away! 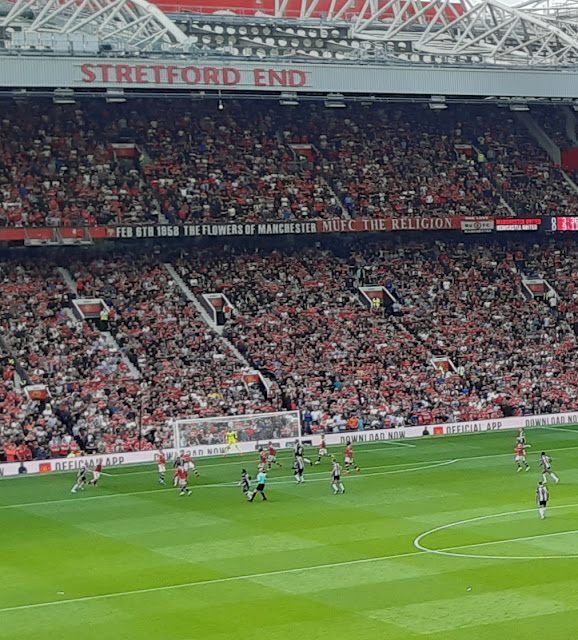 We had held oot til stoppage time in the forst half and looked likely to gan in at the break at 0-0, but disaster then struck when a shot by Moan U's Greenwood woz fumbled by Freddie Woodman in goal for us--and a certain Ronaldo woz on hand to tap the baall into the net, from inches oot, with the simplest of goals that your granny could have scored, pushin' hor zimmerframe!

The 2nd period started off well for us and in the 11th minute in the half Manquillo broke through the Moan U defence to fire past De Gea in the home goal, in front of the 3,500 diehard Toon fans in that end! 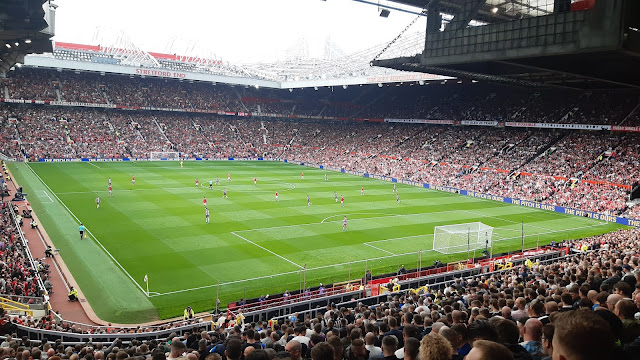 There were wild celebrations from wor end and fans in their excitement fell ower seats next to us az they celebrated the unexpected goal!

It wasnt to be though and 'guess who' put the home side back into the lead in the 62nd minute, with a raspin' shot that seemed to gan straight though Woodman!

It woz soon 3-1 to them and 'curtains' for The Toon, when Fernandes hit an unstoppable shot past Woodman, who had nee chance with this one! Brucey, by this time woz gettin loads of stick and chants of, "We want Brucie out!" echoed aroond the away section!

To rub salt into the wounds Lingard completed wor misery deep into stoppage time to complete the scorin'!

At the end of the game wor number 7 Joelinton tried to swap shirts with Ronaldo's number 7, which iz a joke when yoo fink of the vast difference in class between the 2 of them! (Don't know if he did get the red number 7?)

Wor record goalscorer Alan Shearer later said on MOTD that NUFC were like a hollow and empty shell, with nee hope or ambition to win anything!

Just aboot sums up wor predicament, Alan!----NEE wins in FIVE competitive games, with anly Nohrich below us in the table!---Sad times yet again for the lang sufferin' Toon fans like 'little old me' and 50,000 others!😭 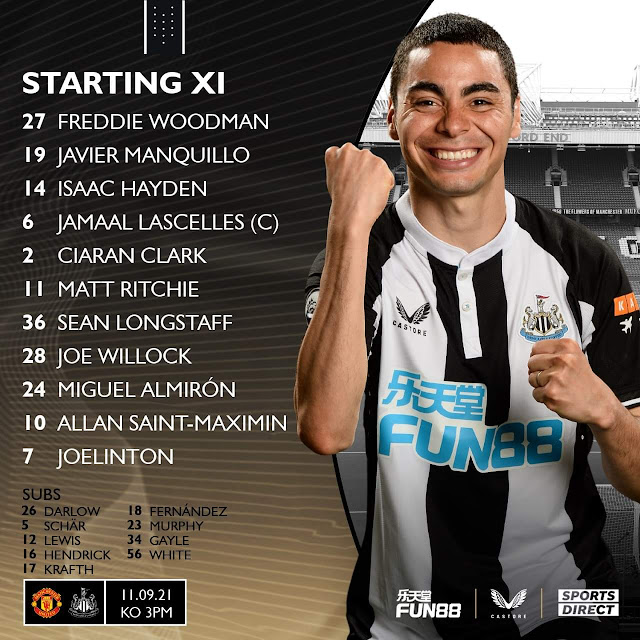 ATTENDANCE: 72,732 (Well below the 75,000 capacity, for the retorn of Ronaldo?) 3,500 Toon fans (sold oot away section!)
THE PRE AND POST MATCH GARGELS TOOK PLACE HERE IN MANCHESTER CITY
CENTRE 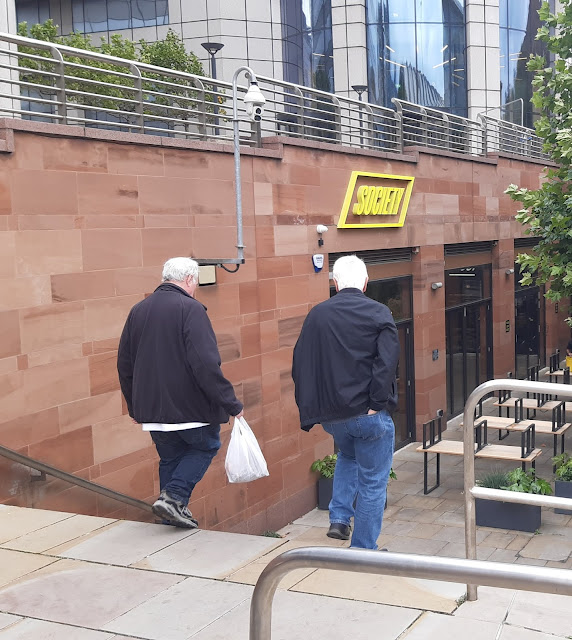 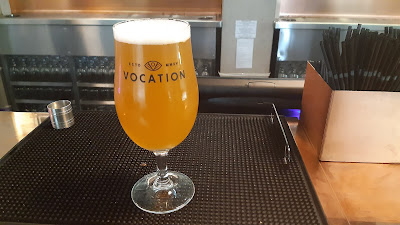 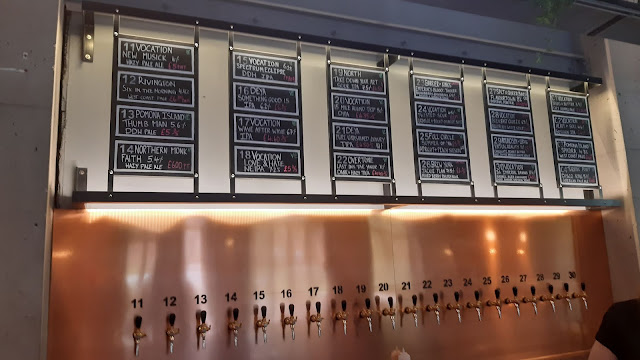 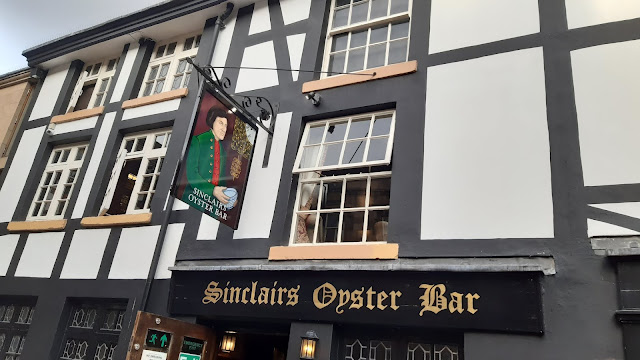 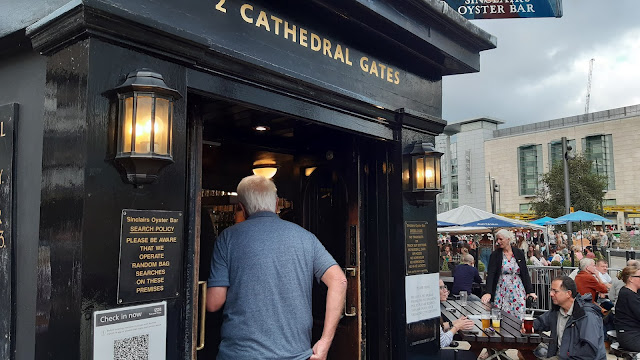 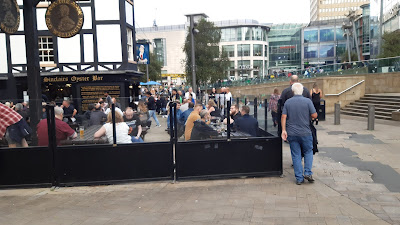 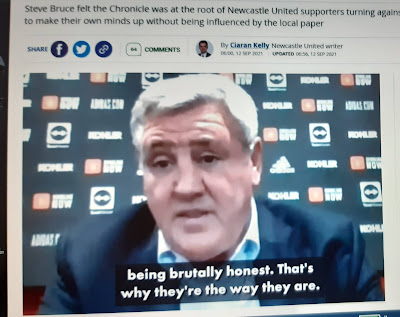 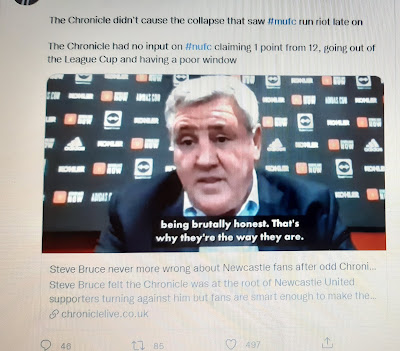 Geordie Times comment:
It's ridiculous to blame The 'Ronny Gill' for the fans  wantin' Brucey out!    He just cannit see the bigger picture!
We are heedin for the cliff edge with nee wins so far and the Toon fans have had enough!
12 goals shipped in 4 games!
It's the fault of wor absent owner for not spending any money on much needed players---and Brucey himself for hiz team selections and playin positions!
FULL STOP!
Updated Munday mornin' 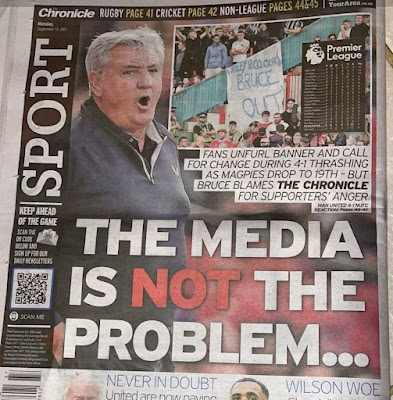