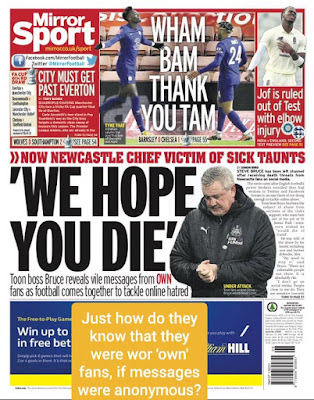 If it's TRUE? that anonymous trolls (not fans) hope that he gets Covid, then it's an absolute disgrace!

Aalso,  if they are anonymous, then 'some' could be rival fans, pretending to be Toon fans and sending them to discredit us!?

Az yoo know, 'The Geordie Times' doesn't  like Bruce's futbaall and never wanted him az manager, but we will never stoop so low az to wish ill of him!

Az for 'US', 'we are sittin on the fence' as we just divvint naa wot to beleeeve anymore??? (Whether the stories are true--or not!)

The tabloids yet again have tarred us aall with the same brush, when genuine Toon fans would never send hate mail like this!

With seemingly half wor team crocked az well, it has been yet another bad week for certain!

And from social media! 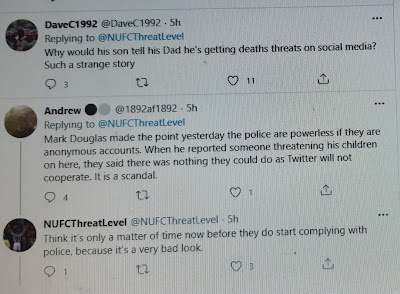 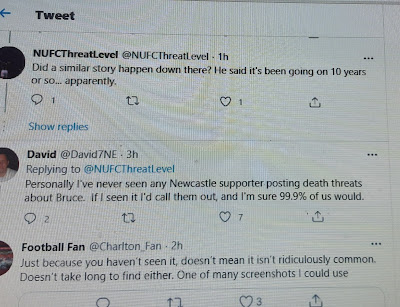 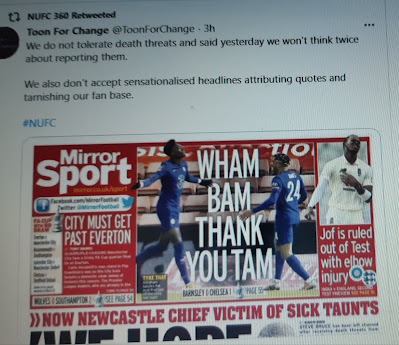 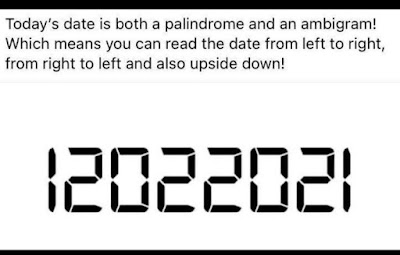 Posted by fink the mad-sad groundhopper at 16:45