"HADRIAN WILL NOT BE IMPRESSED!" 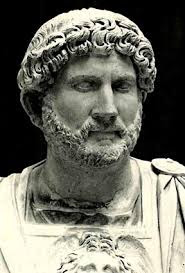 The visitors from Heddon on the Wall (Hadrians wall) were totally outplayed in this game az WideOpen (yes! There is such a place!) dominated from start to finish!

To put it bluntly the Heddon defence woz 'wide open' as the appropriately named home side laid siege to the visitors goal. The Emperor Hadrian would not be impressed if he woz watchin from the clouds above! 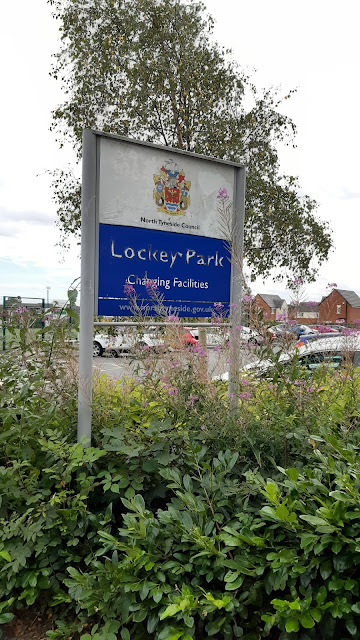 WideOpen is to the north of Gosforth Park racecourse and their groond iz caalled Lockey Park and they play in the Northern Alliance 2nd division!   Whereaz Heddon United play in the Hexham & District Sunday Leegue

The groond consisted of a pitch with a metal fence aroond it, open to the elements with nee stands! (Luckily it wasnt rainin'!)

Goal 2: Goalie blunder to let WideOpen forward in for simple tap in in 20th minute 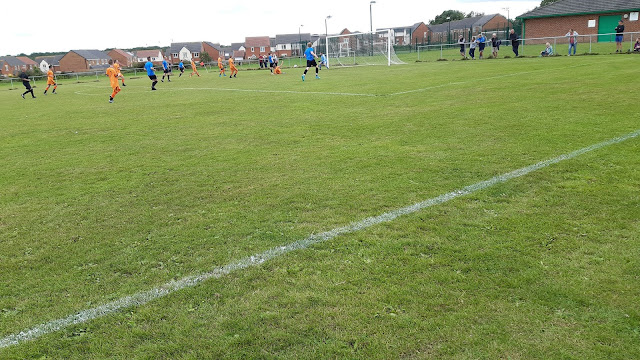 Wide Open didnt have any
numbers on their blue
shirts, so we didn't have a
clue who scored their
9 goals!
(Nee team sheets eethaa, of course!)

Goal 5: A wide open goal for WideOpen after anothaa defensive blunder from the Heddon defence, just 2 mins after the restart!

Goal 6: Penalty, which woz hit doon the centre az the goalie dived to his right on the hour mark!

Goal 6 from the penalty spot!

Goal 7: Another tap in from close range!

Just before the 7th goal the linesman, who woz a Heddon substitute, flagged for offside against WideOpen 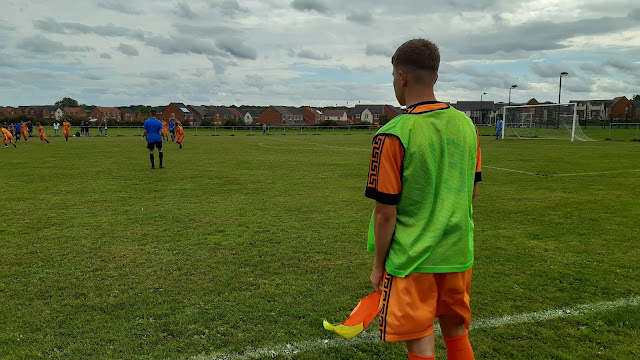 The 'away' linesman in the orange Heddon strip!
(The linesman on the far side wore a blue Wide Open strip!)

It wasn't offside and the ref, who we naa caalled Barry said, "Iz there a plane comin' in?" (To nearby Newcasil Airport--and there WOZ!) 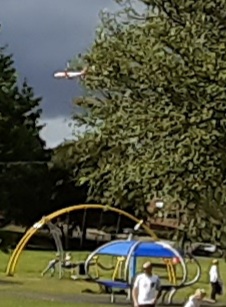 Goal 8: A free kick in the 70th minute from the edge of the box, woz fumbled by the Heddon goalie and the baall trickled into the net (NOT a good day for him!)

Goal 9: Bang on full time. A Shot across the box ended up in the far corner of the net with the Heddon goalie 'headin' in the wrang direction! (sic!)

Amazingleee, this woz Blondie's 14th game of the season and 2nd today!

*PS: Had a look at WideOpen's twitter feed on Sunday mornin' and the goals were scored by: Beattie (hat-trick), Whittaker (hat-trick),  Desmond (2) and Norvell (1), but in which order, iz anybodys guess???

Posted by fink the mad-sad groundhopper at 17:24