Anothaa disastrous day at 'HQ' resulted in us losin' 1-0 to a very average Evaatin side!  Nothin' went right for us---that's for sure!

From Karl Darlow fumblin' the baall to give 'that thorn in wor side', Wayne Rooney the chance to toe poke the baall home at The Leazes End! (hiz 15th goal against us!)
And then 2 screamers from Matt Richie and Mikel Merino which both hit the inside of the Evaatin post, but bouncin' back into play, denied us 2 goals before the break at The Gallowgate End!!!

To compound matters, Mo Diame missed a sitter in the 2nd half when he 'air kicked' the baall and the chance woz gone! (Rooney wouldn't have missed it!)----and the Jonjo Shelvey's sendin' off in the 4th minute of stoppage time for a daft, stupid and ridiculous lunge on an Evaatin player, just summed up the situation we are now in!---ONE point above the drop zone with 2 away games in 'The Smoke' (London) against 'The Arse' this Saturday and 'The Jellied Eels Mob' of West Ham the week after, and an EASY home game against 'The Blue side' of Manc-land (not!) on the 27th of this month, meenz that more than likely we will be in the relegation zone by then!

Lascelles retorn to the side failed to stop the rot and with just ONE solitary point from the last 24 it doesn't look az though it will be a merry Christmas for us!
Wor only hope iz for the takeover to happen very quickly (if indeed it does?) or else we are doomed! (see story below) 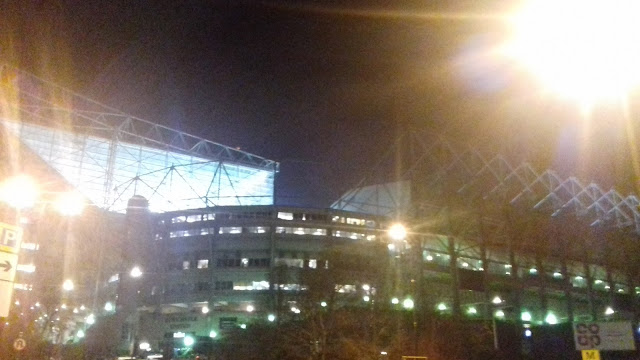 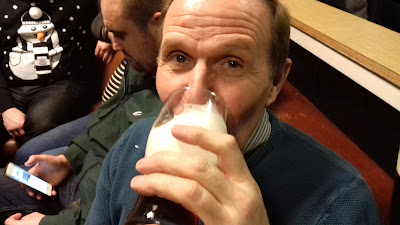 And the Newcastle Arms! 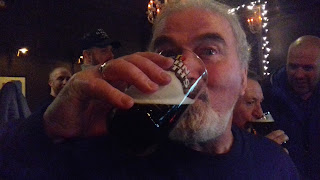 Posted by fink the mad-sad groundhopper at 13:16