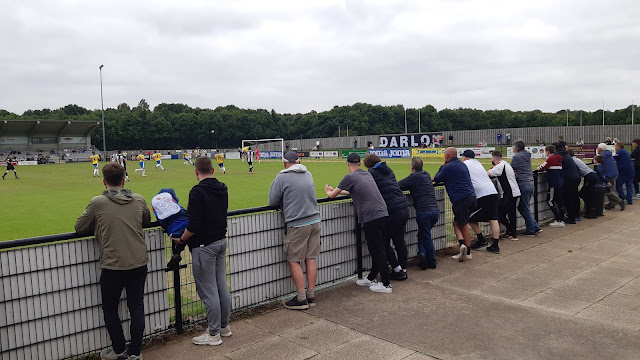 1st HALF AZ 'THE TOON' ATTACK 'THE BIG FOREST END'

For the thord time in six days we were on the East Coast line, this time the short trip to Darlo, where wor second string were in action! Indeed, we were back in The Central(train station) just 10 hours after gettin back from Donny, to watch the forst team!

After a 30 minute train ride we were there and heeded straight for the toon centre bars! The Hole in the Waall woz wor forst port o caall, where we bumped into some of the lads! 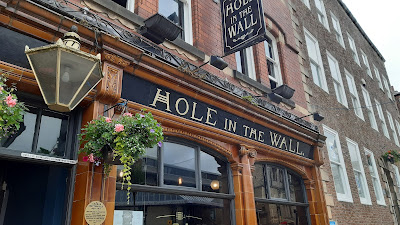 It woz then onwards to the Quakerhouse where a pint of Quaker woz on the medicine menu! (Wot else in Darlo, who's nickname IZ 'The Quakers'!) 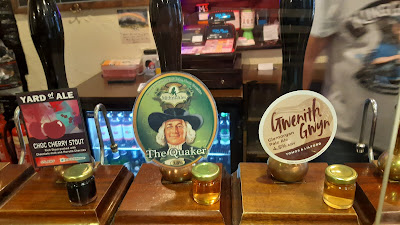 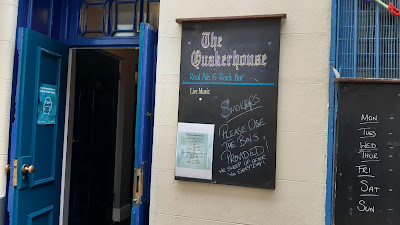 After a few 'gargels' there it woz time to gan to the match, which woz a canny way from the centre of Darlo!---A taxi woz flagged doon and 'off we went' to the ootskirts!

For the forst time ever I used a scan code on mee phone to gain entry, az there were nee tickets! 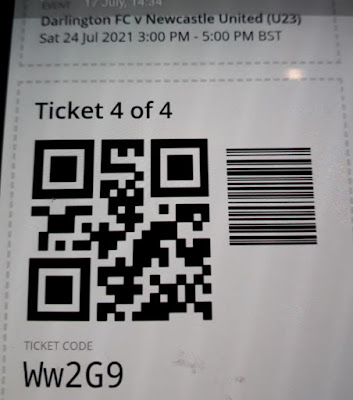 The clubhoose woz of course wor forst stop off point in the groond, where more of the local brew woz consumed! (hic!) 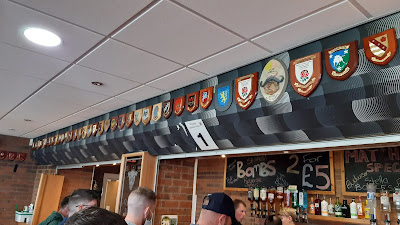 The teams ran oot and The Toon were in their new black n white striped strip, while Darlo sported a replica of a Brazil strip, rather than their black n white hooped shirts!

Indeed their number 10 woz the spittin image of the great Pele, who of course wore the famous number when Brazil won the World Cup 3 times! 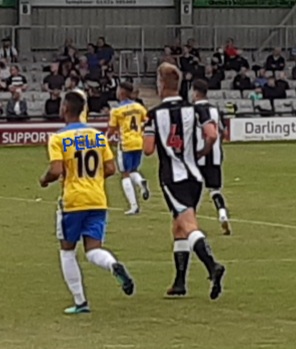 "IZ THAT PELE BY ANY CHANCE?"

The Toon took the lead at the 'Big Forest End' when wor number 7 Tom Allen ran into the box and hit an accurate shot into the corner of the net, with their goalie well beaten!

Darlo had chances to equalise, but couldnt make the breakthrough and we went in at the break 1-0 up 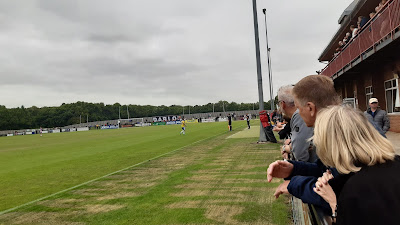 To totally confuse things we ran oot in the 2nd half with a raft of changes--indeed aa later foond oot that a completly different X1 played in the 2nd half!

Anyway!--The home side hit back in the 51st minute with a set piece and it looked like a Toon player had touched the baall before it entered the net?

25 minutes later we retook the lead when half time sub number 21 Dylan Stephenson fired home when put through by Longelo ar the Darlo Ultras End! 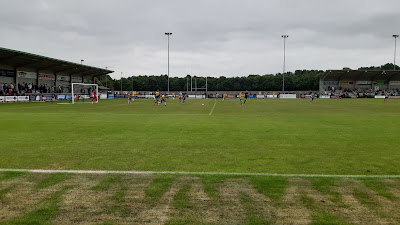 The win woz completed in injury time when a misstayk in the Darlo defence let in Dylan again and he had the easy task of puttin the baall into the net! 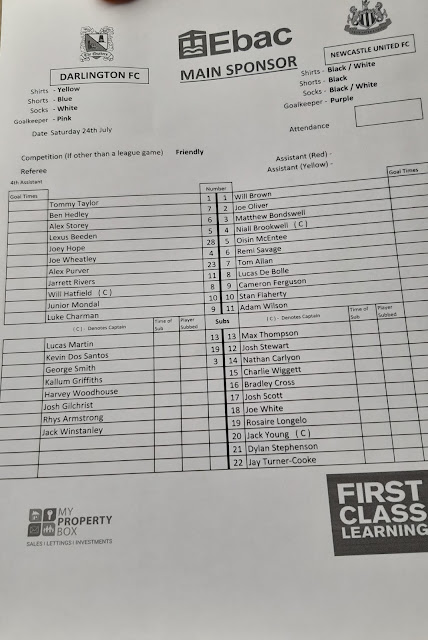 We celebrated wor great win against 'Brazil' with a few more liquid lubrications back in Darlo, before catchin the train back yem! 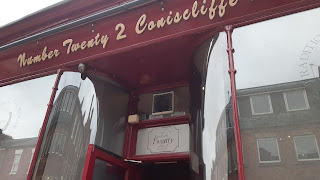 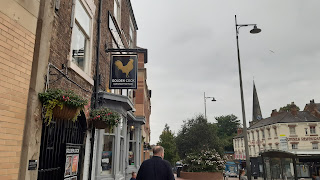 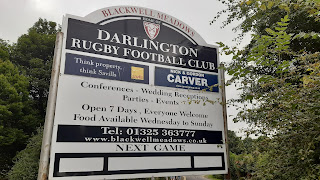 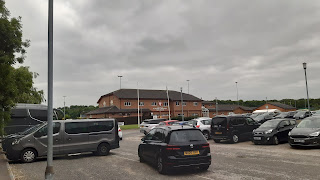 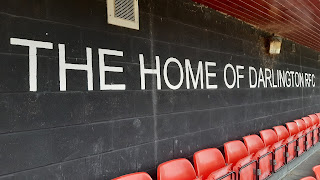 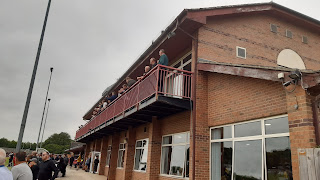 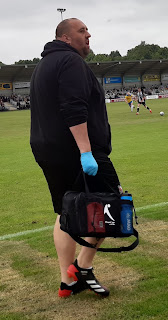 The Darlo trainer, not somebody yoo would pick an argument with! 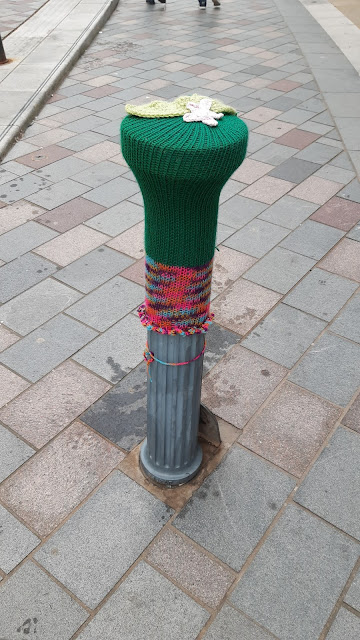 A knitted bollard in the centre of Darlo-- one of hundreds dotted aroond the place???
Fact file:
This woz the 3rd different groond in Darlo where 'The NUFC mad-sad groundhoppers' have visited to watch The Toon, alang with Feethams and The Reynolds Arena!