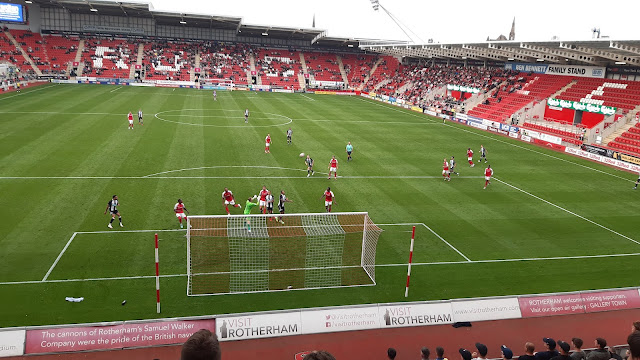 "THIS IZ DEFINATLY NOT THE 'BIG APPLE!"

The difference between New York in America and New York in Rotherham couldn't be greater!

Whereas the USA version haz sky scrapers and neon lights, the Rotherham version haz boarded up shops and pubs and 🐀rats in the street, az we foond oot lookin for an open drinkin den! 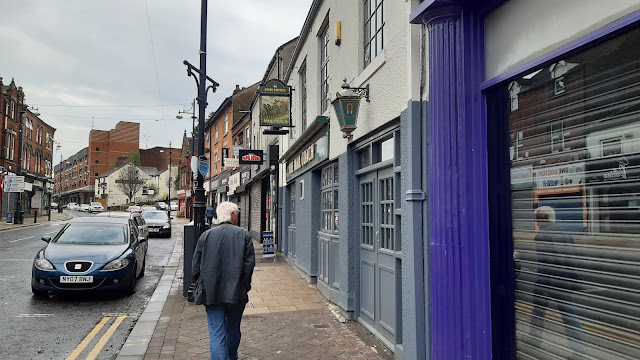 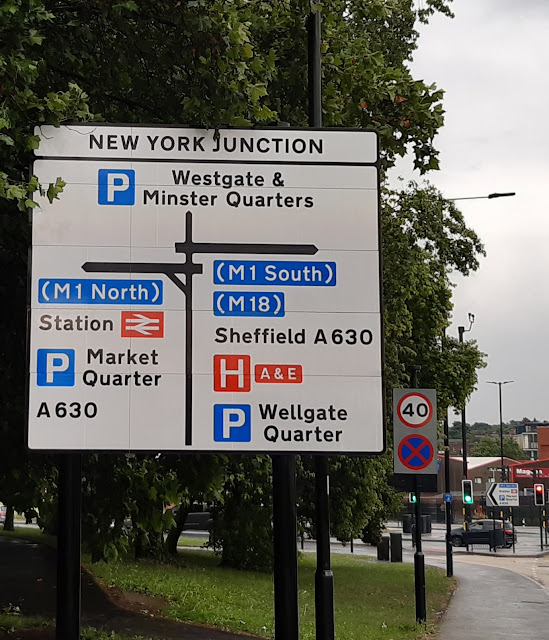 "New York---but where are the skyscrapers?"

We eventually foond one caalled The Bluecoat where John Smiths woz £1:85 a pint! 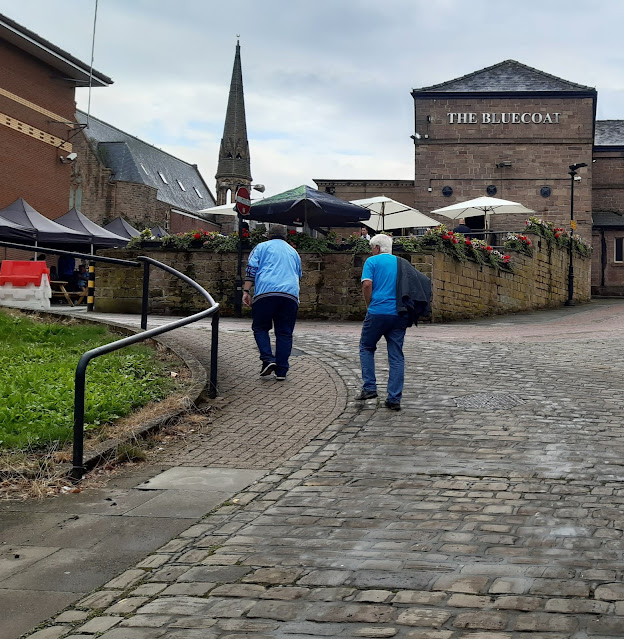 "IZ THAT A SKYSCRAPER IN THE DISTANCE?"

After a few liquid lubrications there, we heeded for the New York Stadium, but not before encountering a smaall rat in a narrow alleyway, which ran between mee legs and into some derelict building near to the pub!

In complete contrast to the streets nearby, the modern silver and red stadium stood oot like a beacon against the dark clouds above, which threatened heavy rain and had deluged the area for a few hours before kick off! 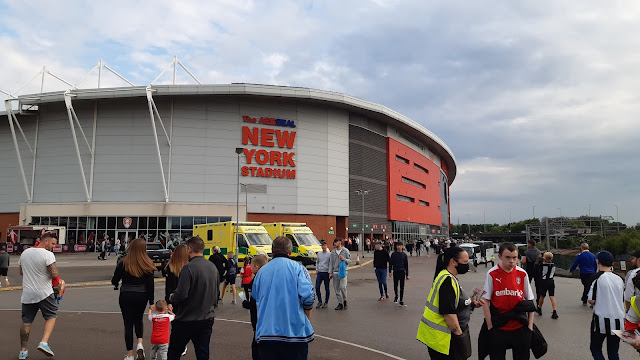 Inside, an advertising board in front of the away section said 'VISIT ROTHERHAM', which begs the question: Who the hell in their right mind would want to visit this place!?(Roland Rat) perhaps?) 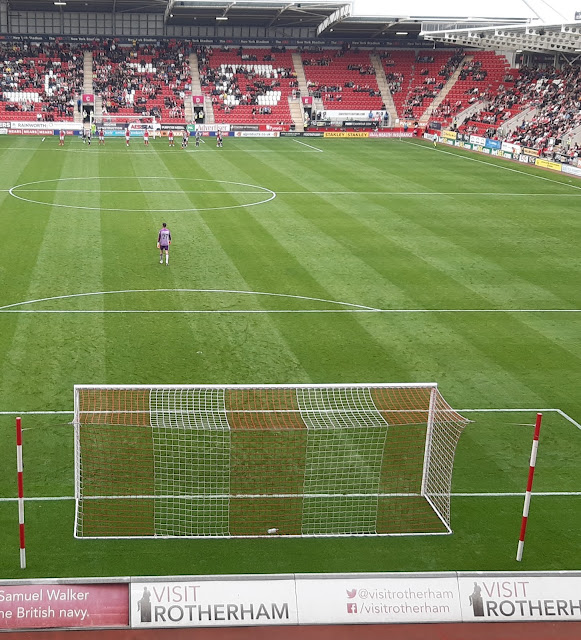 "I'D RATHER VISIT GAZA CITY!"

Anyway! The game kicked off with huge gaps in the red seats, with empty seats in the home sections and quite a few in the Toon end az well!

Rotherham started the better side and they took the lead in the 8th minute, through an unmarked heeded goal by Smith  who beat  4th choice keeper Woodman in The Toon goal!

The rest of the half woz dreadful from a Toon point of view and wor anly shot woz from Callum Wilson at the far end from us!---booos from the away section greeted the half time whistle!--dreadful fare from NUFC! 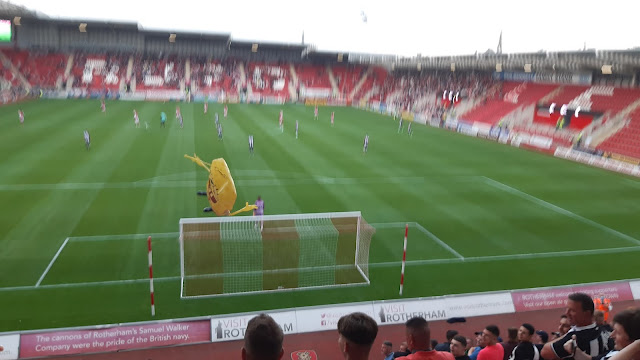 A flying yellow 'Mr Man'--the best action of the 1st half!     PS: Travelling companion 'Blondie Alan the Morris Dancer' 'googled it' and told me that the yellow object woz in fact 'Sponge Bob Square Pants'! (How could I not know that?)

The 2nd half wasn't much better and the fans directed chants at wor absent owner to sell the club-----to The Premyaa Leegue, caallin them corrupt and to Brucey, who they said woz a sh*t Steve McClaren and a sad mackem b*stard!!! 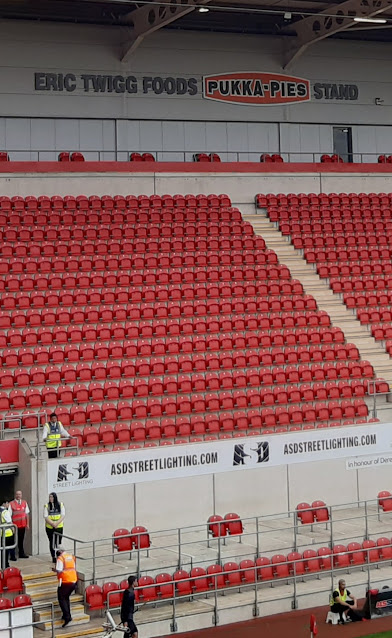 We finally made the breakthrough in the 84th minute when Hendrick, playin up front, heeded home in front of the Toon fans from a corner by Murphy!

1-1 woz the final score against this Leegue one side, who shud have won! 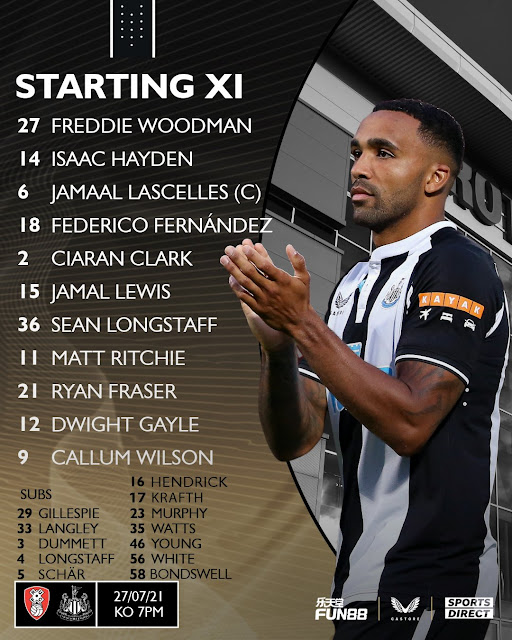 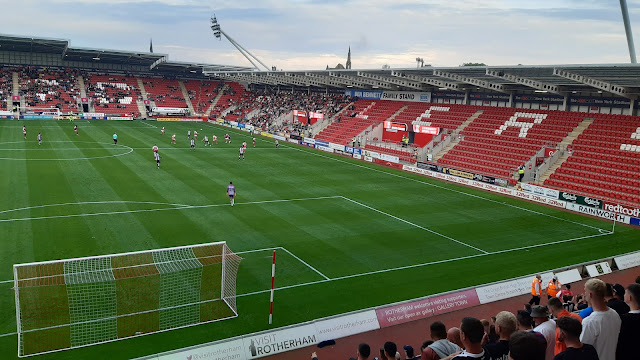 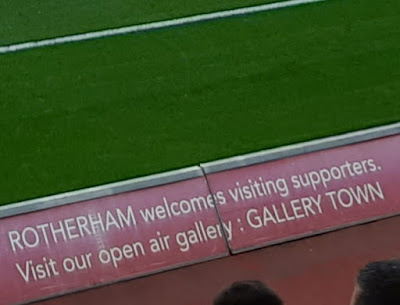 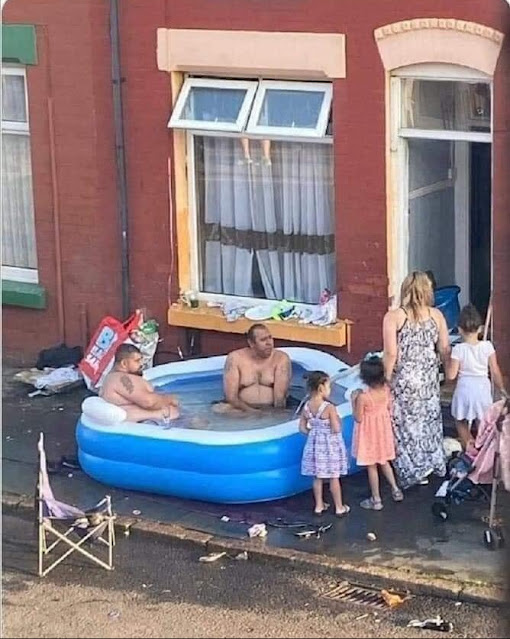 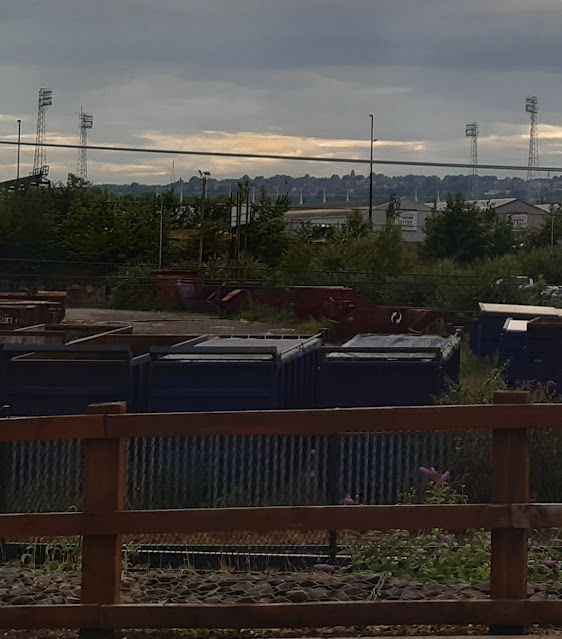 Rotherham's old groond qwaataa of a mile from their new one iz still standing, 6 years after they left there for the New York Stadium in 2015
Posted by fink the mad-sad groundhopper at 11:16