If ever there woz a reason for keepin' Rafa Benitez az manager, it iz the fact that wor relegation in 2016 to The Championship put us ower £90 MILLION QUID in debt, it haz been reported!

This woz due to high wages, vastly reduced TV revenue and prize money and turnower woz doon from £125.8 million to £85.7 million!

50,000 fans who regulary gan, plus anotha million or so who watch from afar, KNOW that its imperative that we keep Rafa, or else it will 'aall unravel' yet again and we will end up with some 'toss-pot' in charge like Joke Kinnear!(God forbid!)

Wor beloved owner, known 'affectionately'? az 'The Fat Controller' to Toon fans!, seems to be the anly one who can't see the consequences, should we gan doon again!

One piece of good news iz that West Ham are seemingly after Pellegrini instead of Rafa az their forst choice for new manager now, to replace 'Misery Guts Moyes'! 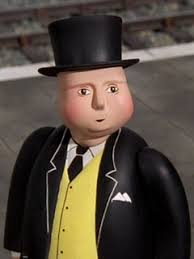 "Are yoo readin' this 'Fat Controller'!?"

Posted by fink the mad-sad groundhopper at 16:10