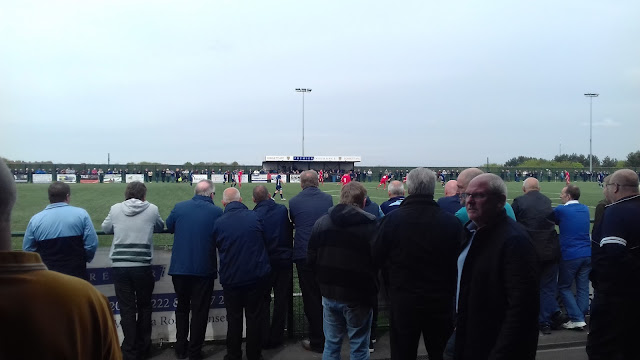 With ne Toon game til today, we heeded for the delights of Consett high up in the moontains of Coonty Durham where Dunston were playin Bishop Auckland in the final of The Northern Leegue Cup!

The great thing aboot non leegue at this level iz that yoo get the chance to teavel on the team bus with the team at the back with their 'ghetto blasters' and the fans and commitee men at the front!
Half an hour after leevin Dunston and we were at the Belle Vue groond, but unfortunatly there were that many cars cloggin up the entry to the groond that the driver woz forced to park up on the main road az there wiz ne room for a large bus to pass!

Anothaa game woz takin place on the plastic pitch, where the Northern Leegue 2nd Division Cup final woz takin place before wors! (The 1st Division final)
Chester-Le-Street won that one 2-0 by beatin Ryton and Crawcrook to lift the cup!

There woz a Leegue 1 play off game on the telly between Scunthorpe and Rotherham for a place in the leegue ABOVE sund'lind! ☺😊😀😁😂 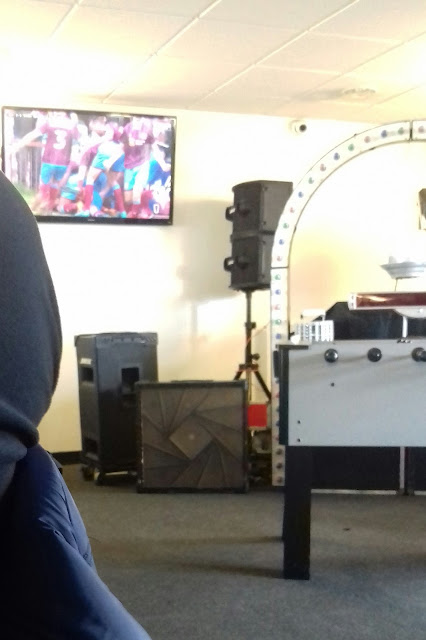 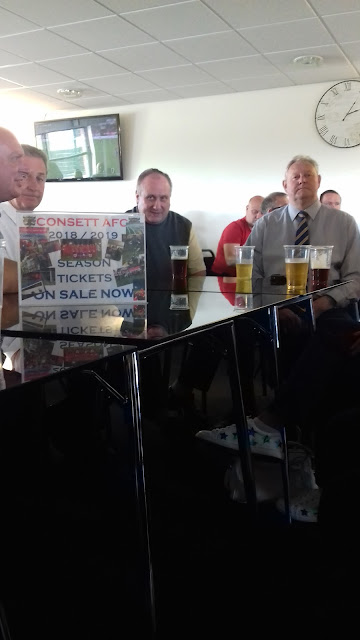 After several 'liquid lubrications' it woz time to heed for the pitchside, but the forst half woz a bit scrappy and the teams came off 0-0 at the break! 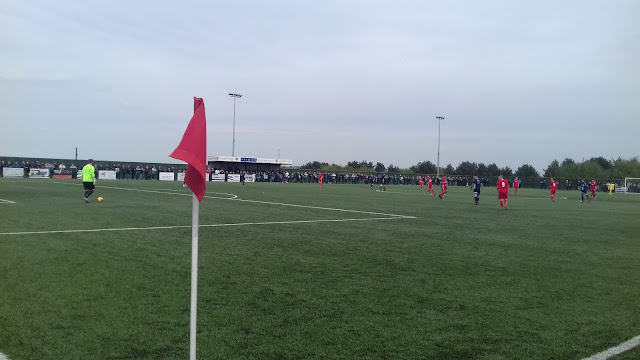 The Bad Blue Boys (who were wearin red az Bishops aalso play in blue) came oot with aall guns blazin in the 2nd period, but it still remained goalless, despite both sides missin easy chances and it looked az though it would gan to extra time and penalties!

However!  Dunston had othaa ideas and just after Bishops had missed an easy chance with the goal gapin' the baall woz played upfield and it eventually foond Dunston captain Dale Burrell, who unleashed an unstoppable shot to the left of keeper Young to put The Bad Blue Boys in front with just 14 minutes left on the clock!

Just a minute later Dunston had the chance to double their lead when they were awarded a penalty!
Fitzpatrick took it but Young dived to hiz right and saved it!

It mattered not though, az Dale's goal proved to be the winner and they lifted the cup in front of their ecstatic fans (includin me!) and celebratory drinks were consumed in the clubhoose after the game! 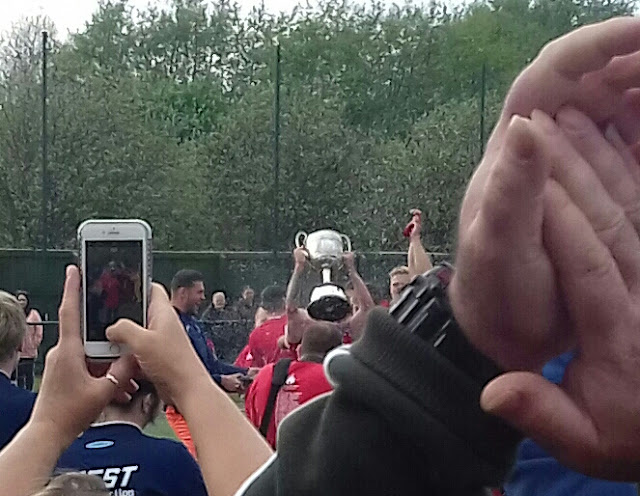 The cup 'sat' in the front seat of the bus on the jorney back to Dunston and 'little old me' had the 'honour' of carryin it back into the Dunston clubhoose! (It weighed a ton!) 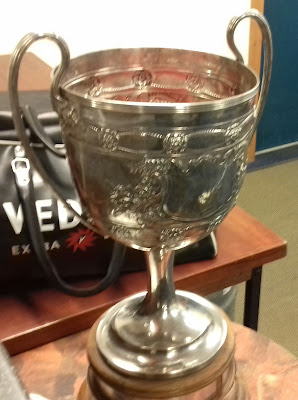 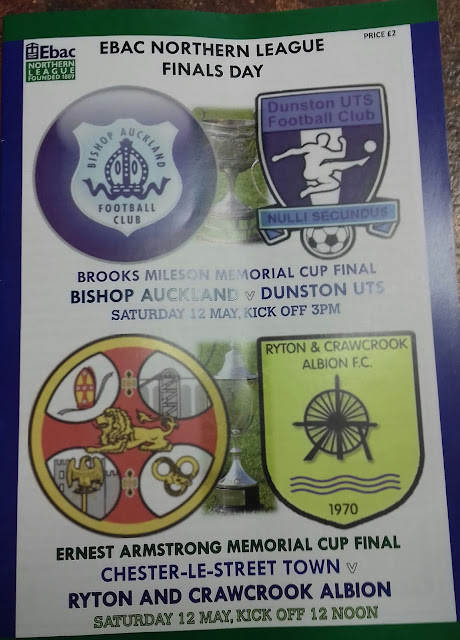 Posted by fink the mad-sad groundhopper at 09:45