THE PAIN OF THE TRAIN WILL MAKE US 'FINK' AGAIN!" 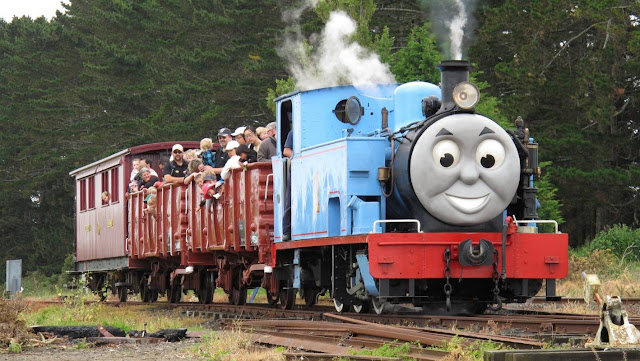 "WE'RE GANNIN ON STRIKE FOR A HUGE PAY HIKE!"

The season hazzint even started and aalready we have massive problems with wor forst away game at 'Ne Where Near Brightin' on August 13th, az the train drivers have caalled a strike on that day!  (They would dee, wouldn't they!?)

We booked the trains doon and back on the Saturday when the dates were confirmed, but now we will have to 'fink' of a plan 'B' or 'C' to get there and back!

To hoy another 'spanner in the works', Brightin's groond iz in the middle of nee where (hence wor name for them!) with nee car parkin' anywhere near!---The anly way to get there from Brightin which iz 6 miles away iz by (wait for it!) TRAIN!   They were the conditions set doon by the local cooncil when they build their new groond in Falmer!

Plan 'B': Drive to Lewes (A 700 miles roond trip from Tyneside!) which iz on the train line a few miles away and book a hotel there----and then (at great expense!) get a taxi to the groond and back!

Plan 'C': Get the train doon on the Friday and stop 2 neets (at great expense!)  and come back on Sunday when the trains are runnin again!

But az Brightin fans rely 100% on the trains to get them to the match and back, we can see the game bein' postponed or moved to the Sunday at the last minute, if the dispute iznt sorted by then!

Posted by fink the mad-sad groundhopper at 13:09