BENFICA v THE TOON AT THE REAL STADIUM OF LIGHT **** TOONIGHT! 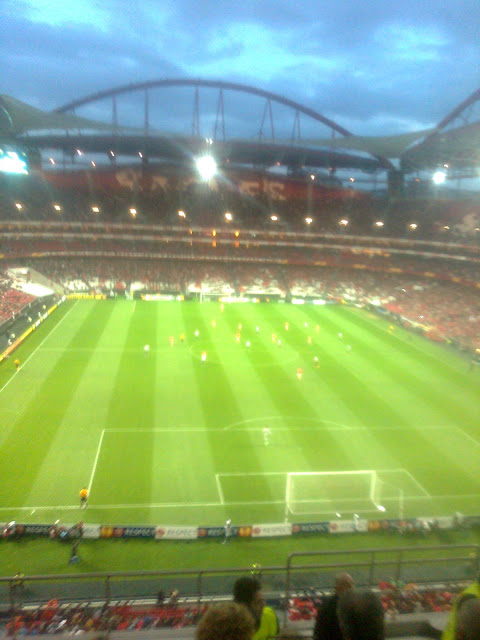 THE ONE AND ANLY STADIUM OF LIGHT IN 2013
THE LAST TIME WE WOZ THERE!
(SEE GEORDIE TIMES MATCH REPORT ON THAT GAME IN THE ARCIVE GROUNDS MATCH REPORTS IN THE RIGHT HAND COLUMN (GROUND 300)

THE STADIO DA LUZ (translated 'The Stadium of Light') holds a very special place in my heart, az this woz mee 300th different groond watchin' 'The Toon', when we played there 9 years ago in The UEFA Cup qwaataa finals. Unfortunately we lost 3-1 and exited the competition!

This woz wor LAST ever competitive away game in Europe in 2013!

Since then we have been fightin relegation battles thanx to wor former owner 'The Fat Controller', but hopefully we will be back in Europe before lang, under wor new ownership!

Unfortunately aa cannit gan this time, due to circumstances beyond my control, but 'fear not' The Geordie Times haz reporters ower in Portugal and hopefully a few action photos of this pre season friendly game, will be forthcomin!

NUFC are playin' for 'The Eusebio Cup' named after their most famous player 'Eusebio', who I saw 'forst hand' in a pre season friendly at SJP in 1971 when we won 1-0, with Tommy Gibb scorin the anly goal of the game in the 15th minute in front of a 26,630 crowd! (I would have been in the old Leazes End that day!)

The game kicks off at '8:00 bells' and we will bring yoo any news of the score az we receive it 'second hand, forst' (or shud that be 'forst hand, second'???) 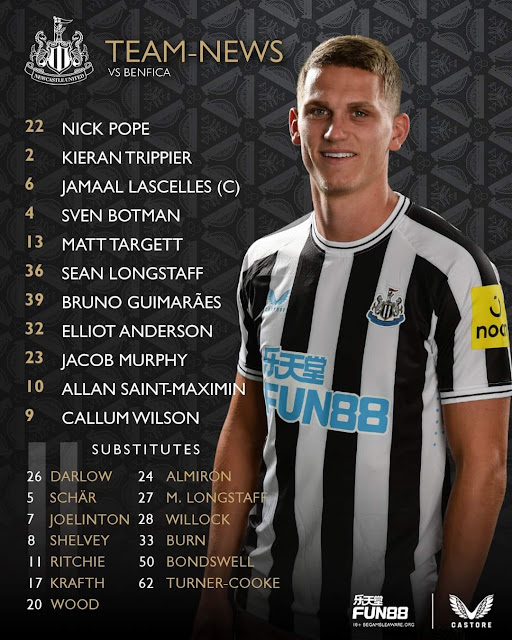 1st half line up

The 2nd half started off with an entirely different NUFC side az aall 11 players who started ,were substituted! 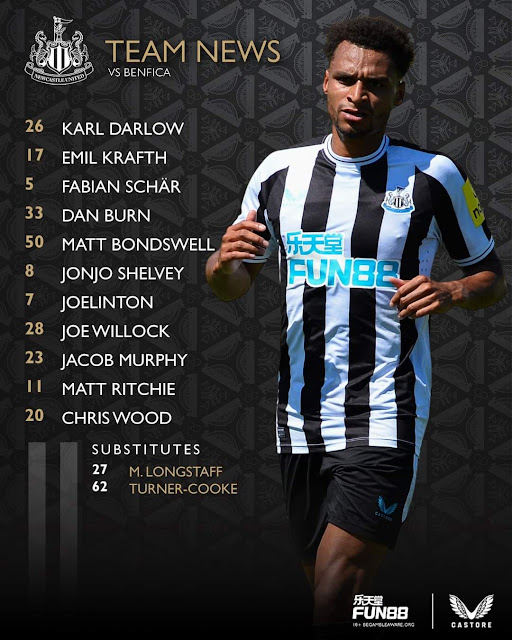 2nd half line up

Joelinton woz sent off for a stamp on a Benfica player in the 82nd minute!

Remember! This woz a FRIENDLY!

Posted by fink the mad-sad groundhopper at 12:39