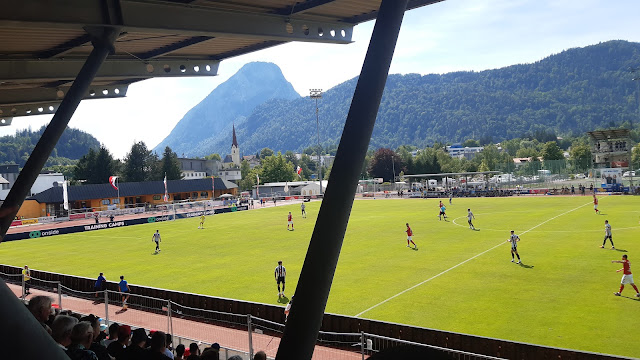 We heeded for the toon centre from the train station after a one hour train ride from wor base in Innsbruck and one of the forst ports of call woz in the 'Inn Cafe' on the banks of the River Inn (Inndeed it woz!) where a few Toon fans were 'parked' 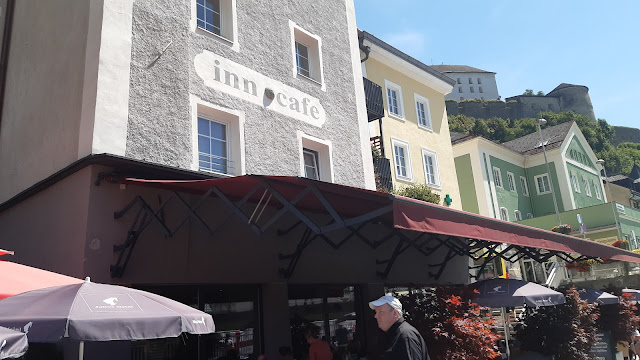 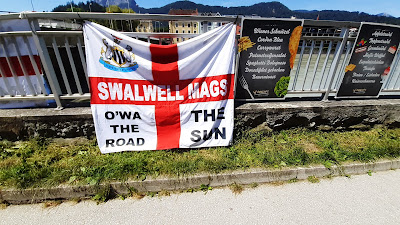 We then moved on to the groond which woz a short walk from there to a smaall bar in the corner of the groond for more 'liquid lubrication in the stifflin heat! (Az yi de!) 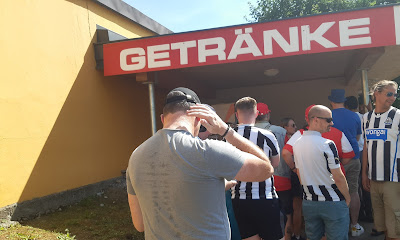 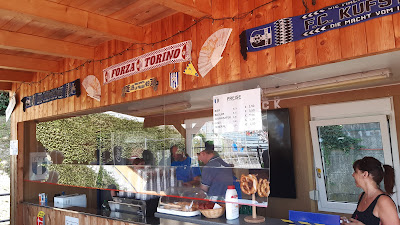 This game woz played in temperatures of plus 30 and it took its toll on the players! The Toon were the better team in the forst half but couldn't make the breakthrough az we attacked the goal to the right hand side of us! There were  big mountains aall aroond but not az spectacular az the forst game in Saalfelden! (Still very impressive and scenic though) 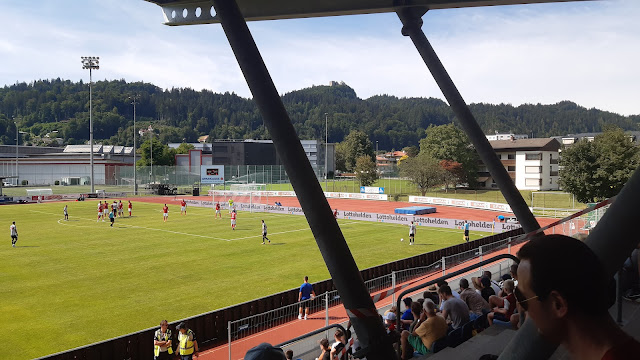 Chris Wood missed 2 good chances and Kieran Trippier had a free kick on the edge of the box deflected ower the bar!

Yoo just knew it woz roasting when the teams had a mid half waataa break and a bit later Bruno poured a bottle of waataa ower hiz heed to try and cool doon! 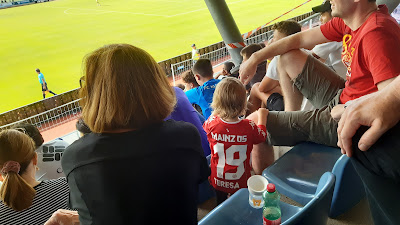 We couldn't get gannin in the 2nd half with the heat rising and the anly goal of the game from the Jawmans came in the 58th minute, (a disputed effort after a foul on a Toon player) when Mainz scored with a shot across the box past Dubravka in the Toon goal and like the forst game in Saalfelden on the Friday v Munich 1860, mass changes were made on the hour mark! 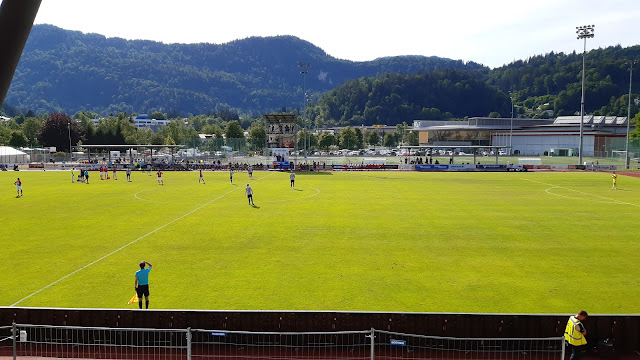 It made nee difference however az the game slowed to 🐌 snails pace with the temperature now in the mid 30s (according to mee mobile 'telling bone') and the game ended in a 1-0 defeat to the Jawmans! 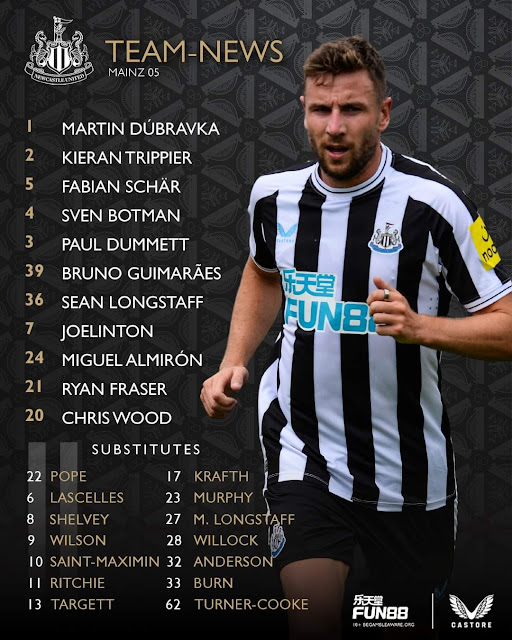 Aaltogeher 23 players got some game time! 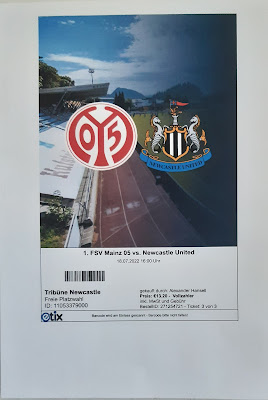 The other Kufstein bars we went te pre and post match 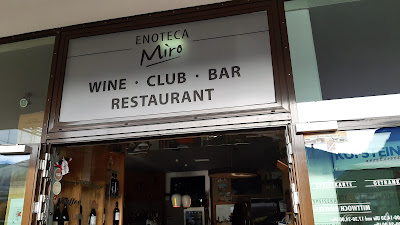 Before catchin the train back to Innsbruck

Posted by fink the mad-sad groundhopper at 10:41