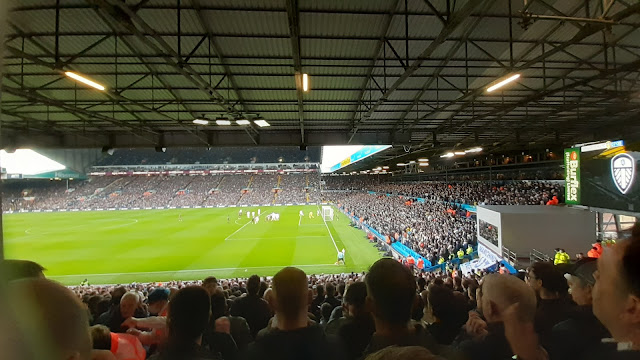 The talk on the train on the way to Leeedz woz just how many goals we would be beaten by today!---Honestly, not one Toon fan we spoke to, expected an away win!

Anyway!--we arrived at '11:30 bells' and heeded for a bar we naa near the station, weirdly caalled  'The Friends of Ham'---a reeeel ale bar which woz half full (or empty?)! 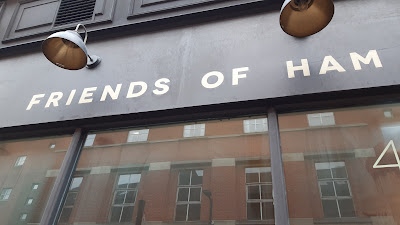 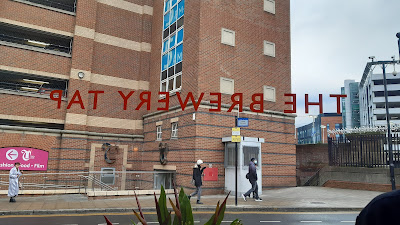 before heedin for the busses which yi need to catch coz Elland Road iz aboot 4 miles from Leeedz city centre! 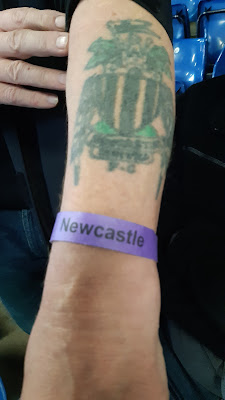 The queue for the busses woz  mostly Leeedz and they slagged us off az we waited!---Toon fans even had wor own double deckers to take us to the groond and a steward gave us wrist bands to say that we'd been checked for Covid passes with 'Newcastle' written on them so we could get on the right bus! (There were nee Covid checks actually---they just handed oot the bands with nee checks at aall!)After a 15 minute jorney we arrived at the away car park and heeded inside after chaotic scenes at the tornstiles where some Toon fans tickets barcodes didnt work and stayed on 'red'! (The red light woz supposed to torn to green to open the tornstliles!)
Those fans were told to try anothaa tornstile and gan to the back of the queue by stewards and try the next one alang!!!(There woz 'hell on'!)

Luckily mine worked and 'in aa went' to more chaotic scenes in the away concourse, which woz packed to the rafters!

After a much needed trip to 'the toolshed' aa made mee way to the seats to get away from the crush!

The Toon fans were dead noisy az the teams ran oot. with Leeedz in aall white and 'us' in aall black! 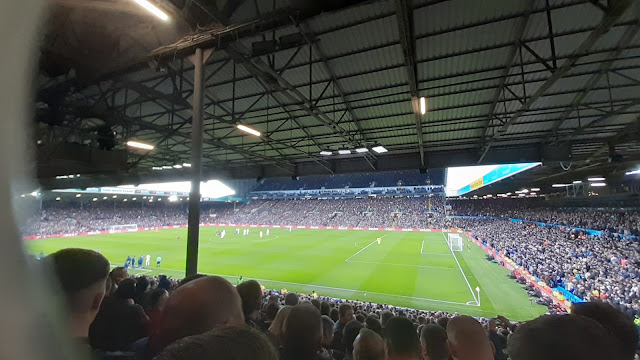 NUFC had a couple of great chances to take the lead, but a great save from a Shelvey piledriver in particular, woz pushed away by the home keeper!  Leeedz in the meantime couldnt got oot of the blocks  HT 0-0 (We didnt expect that!)

We then hord that some Toon fans had smashed a gate doon to get in coz their tickets wouldn't let them in--az mentioned above!-- This included ticket less fans az well--hence the chaos inside!

NUFC came oot in the 2nd period with 'aall guns blazin ' az we attacked the 'Don Revie Stand' at the far end from where the 2,690 away fans were situated. (Plus those who didn't have tickets!) 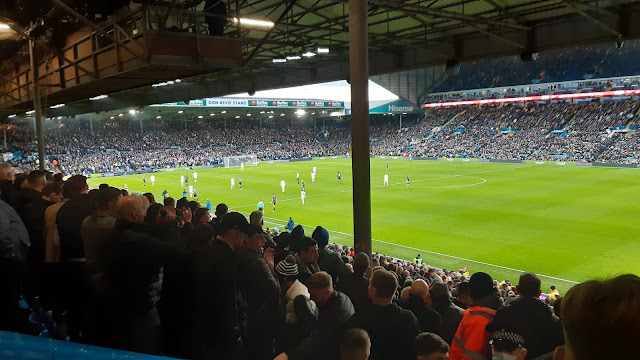 And then the definin' moment of the game!-----A free kick woz awarded to us on the edge of the box in the 75th minute and eetha Shelvey or Trippier would take it!---Trippier told Jonjo to take it and he hit a hard shot which woz fumbled by their keeper and went straight into the net to put The Toon 1-0 up!-----This sent wor fans into delirium az they fell ower seats in wild celebratons!----But could we hold on az there woz still 15 plus minutes to gan???----We had lost a staggerin 21 points from winnin positions this season----the last one a heartbreakin equaliser in the 88th minute from Wotfaad at SJP the week before, which would have lifted us oot of the relegation places!

Saint Max woz then tripped in the box, but the ref, standin just feet away, waved play on, with nee VAR check at aall!

6 nailbitin minutes of stoppage time were added, but we held on this time to crazy celebrations at the final whistle, to put wor survival hopes 'back on track'! 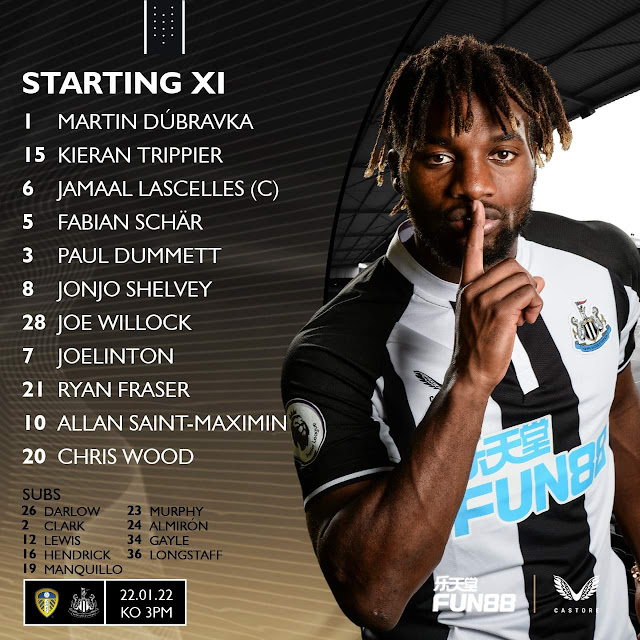 Kieran Trippier woz ootstandin and withoot doubt woz a great buy in the transfor window---Aalso Chris Wood won 15 ariel duals--the best in the Premyaa Leegue this season!---a 2 week break for internationals and hopefully more new faces in the team before we play Evaatin at SJP on Tuesday February 8th-----They are just 4 points above us now!

This woz the forst away win that Toon fans had seen live for nearly TWO YEARS! (Sooothampton away in March 2020!--just before the Covid lockdoon!) 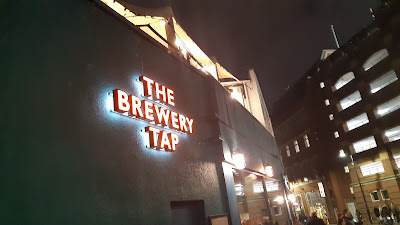 We heeded back to 'The Brewery Tap' for some celebratory 'gargels', before catchin the train yem!

NEVAA fold them and keep them in your back pocket, coz the barcode could get creased and damaged when yoo sit doon!

Then it might not work when yoo reach the tornstiles

Keep them flat inside a wallet in your front pocket or purse to avoid damage!