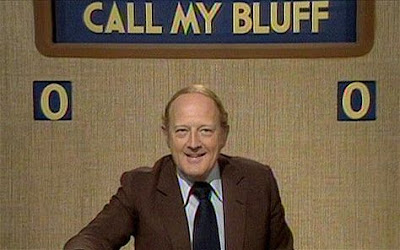 News that both the Diego Carlos and Jesse Lingard deals are in jeopardy haz reached The Geordie Times!  In Carlos's case Sevilla keep puttin the price up from a forst reported 25 million Euros ---to 30 million---to 35 million---and now we hear to 38 million!  NUFC say they will not be 'blackmailed' and are standin firm!

With just 5 days of the transfor window left the deal iz on a knife edge, but will Sevilla 'panic' on the last day and except the lower bids which we have offered??? (The telly quiz game, 'Call my Bluff' comes to mind!)

In Lingard's case, Moan U want a much bigger loan fee than NUFC have offered!---Again, it could aall gan doon to the last day of the window with othaa deals in the 'pipeline' az well az a 40 million Euros bid for Lyon's Bruno Guimaraes, which we hear haz been excepted!? 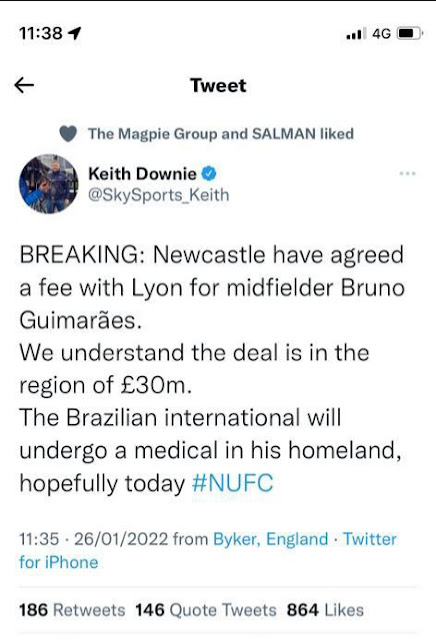 Like we've said previously, we wont speculate until he/they are wavin a black n white scarf above hiz/their heeds OR wearin' a Toon top in a photo shoot! (Or BOTH!)

Meeenwhile!, The Toon are currently in Saudi Arabia for warm weather trainin and a friendly against Saudi's best club Al-Itthad on Friday behind closed doors with NEE live telly coverage!

So spare a thought for the Toon fan, who I hord at the Leeedz game, had booked flights to Saudi at £570 for the game, he cant now gan tee!!!! 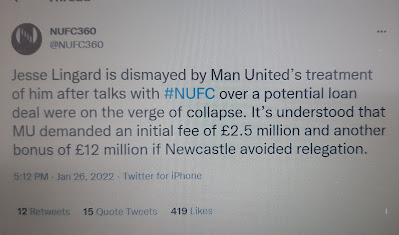 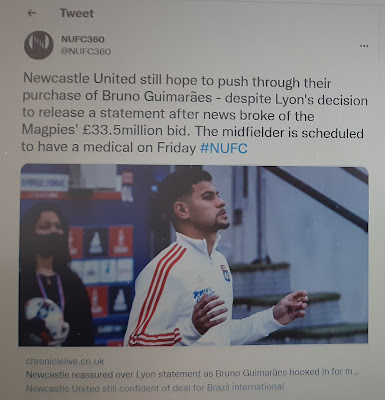