Posted from high noon bells onwards Munday 11th September 2017 on the train from sooth Wales to the Toon! 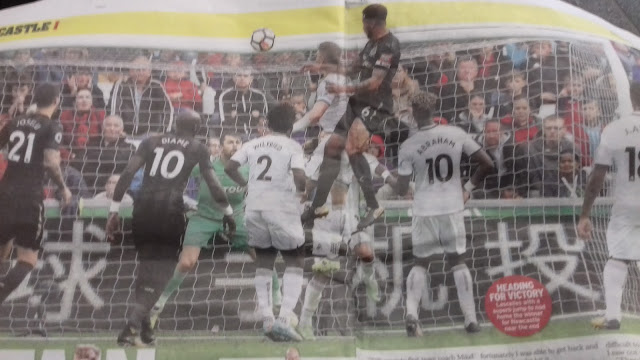 Jamaal Lascelles woz wor hero of the day with an ootstandin display in sooth Wales yesterday!
Not anly did he stop a certain goal by blockin Abrahams shot on the goal line after the Swanzee striker had rounded Elliot in the Toon goal, but he aalso scored the winner after 76 by leapin 3 FEET into the air to heed the baall into the net az the Swanzee defenders looked on in amazement! 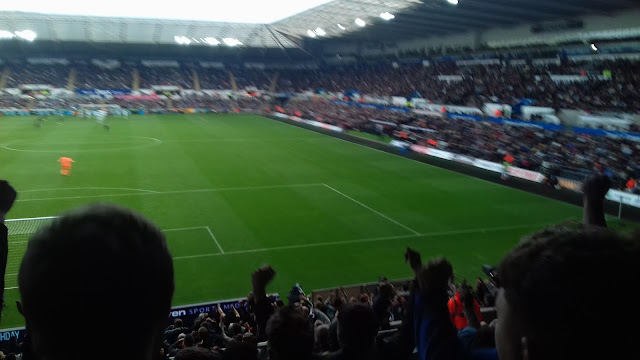 Anothaa view of Lascelles goal from the away end (Geordie Times excluuusive!)  Hope you have good eyesight! 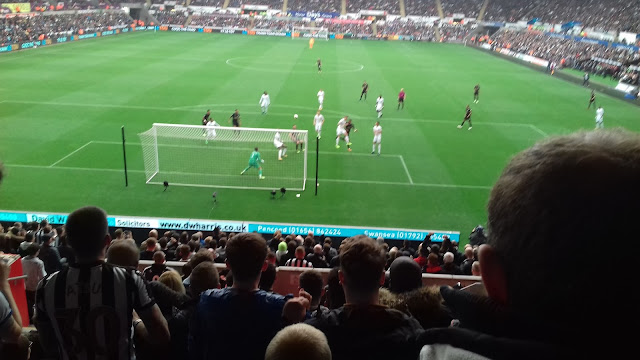 There were aalso great performances from new boys Marino, Manquillo and Joselu!
The ref on the othaa hand had a cr*p game, denying us a penalty plus several othaa dodgy decisions against us--but he did get a decision write when he booked Richie for a high tackle!
After the game we heeded for The White Swan near the train station for some celebratory 'gargels'

On Match of the Day the pundits said that Richie shud have been sent off and they showed replays of the incident for FIVE MINUTES!
'Trial by television' again for us!

NUFC move up to the 'dizzy heights' of 10th place in the table!

The pre and post match 'gargels' took place on a 2 day 'bender' in Newport and Swanzee! 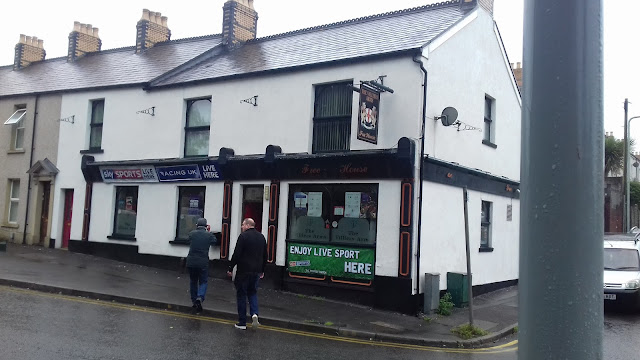 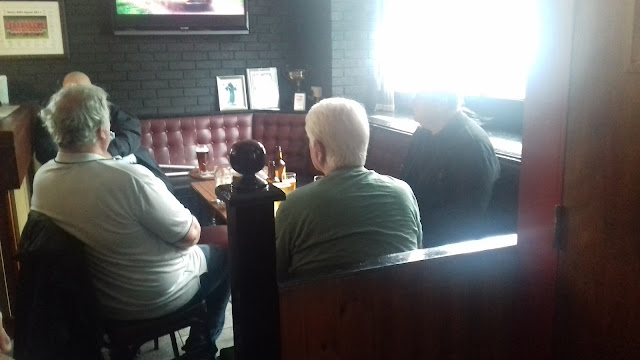 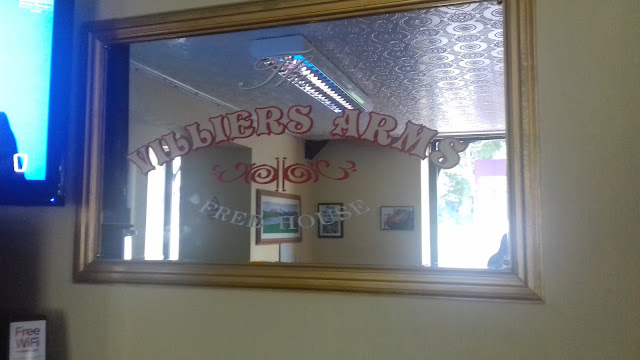 ( for more pub crawl pix see article below!)
Posted by fink the mad-sad groundhopper at 13:36