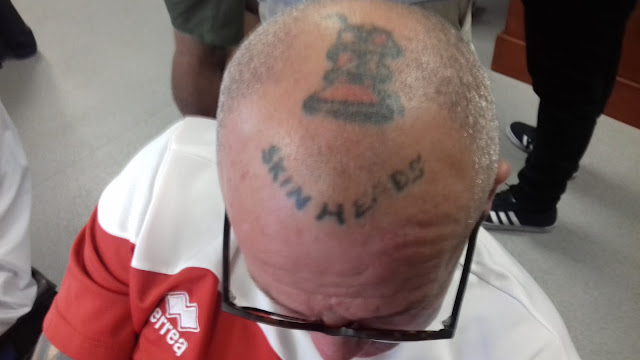 Withoot a Toon fixture this weekend, we (Me, Grumpy Stumpy and The Silver Fox!) decided to heed for North Shields on the  Metro where Dunston were playin in 'The River Tyne derby'

Shields play in the Meadowell district of the toon, which woz the scene of serious riots in the orly 90s!  And it woz with trepidation az we left the Metro and waalked through the estate to the groond, some 10 minutes distance from the station!

We somehow made it in one piece and heeded for the clubhoose situated behind one of the goals.
We were 'greeted' by some of the North Shields Ultras and luckily we naa quite a few az they Toon fans just like us! 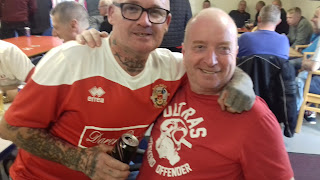 Jimmy 'Charge-Sheet' woz there alang with Bill Quay Kev, Sensible Tony (anything but!) and a few othaas!
Jimmy iz so caalled az he haz 100s of 'charge sheets' against him from the 'Dibble' (police!)
He haz loads of tattoos, with the most prominent the Tyne bridge on hiz neck and a Dr Marten boot on hiz baaldin heed, with the word 'SKINHEAD' below the boot! (See top picture!)
Not a man to cross---unless yoo have a ' death wish'! 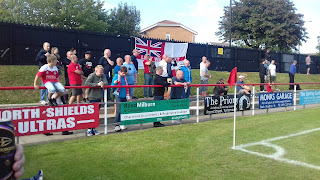 Some of the Mental Mob!

The game kicked off with The Meadowhell Mental Mob on the embankment to the left of the clubhoose and they were 'takin the p*ss oot of Dunston, claimin that they were ' A smaall toon in Whickham!  (The village on a hill above Dunston) 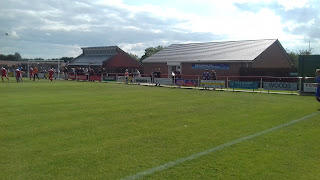 But it woz The Bad Blue Boys of Dunston who had the last laugh az their centre forward, caalled Fitzgerald (who Dunston had signed from WHICKHAM!) scored a superb forst half hat trick to silence 'The Mob' 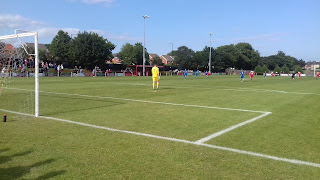 In the 2nd half az Shields attack the goal nearest to "The Mental Mob', they gave the bearded  linesman horrendous stick az he ran up and doon the line, claimin that desision after desision woz wrang and at one point  I thought they were gannin to climb ower the fence and attack him! ---it woz that hostile! 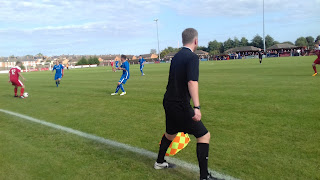 "Who wud want to be a linesman here?"

The Meadowhell side did pull one goal back, but The Bad Blue Boys held on to claim victory!
After the match we heeded back to the clubhoose for a bit 'chin wag' with the locals, before heedin back to The Toon for some more 'liquid lubrications'! 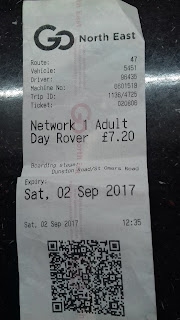 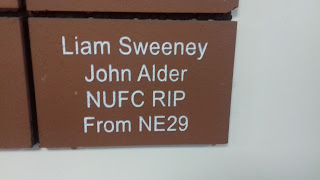 A nice touch!  The North Shields cluboose pays tribute to The Undertaker and Liam from the Lamp who were tragically killed on their way to New Zealand in July 2014 to watch The Toon, when the plane they were travellin on got shot doon ower the Ukraine!
(NE29 iz the postcode for North Shields!) 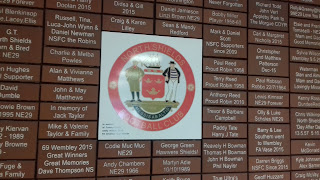 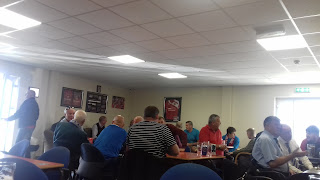 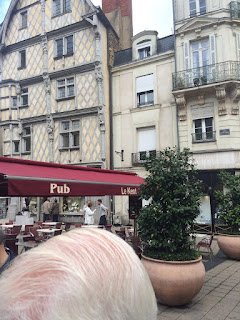 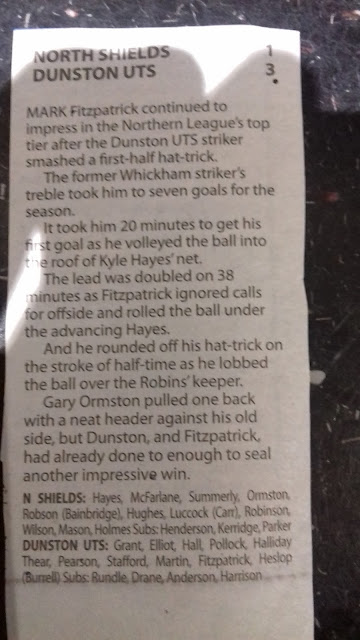 Posted by fink the mad-sad groundhopper at 11:01