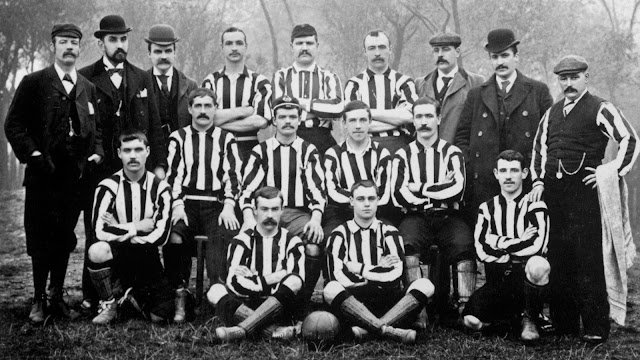 A TEAM PHOTO FROM THE 1890s TAKEN IN LEAZES PARK, NEXT TO SJP

Forst of aall!---On this day 130 years ago NUFC were formed with the amalgamation of Nawcasil East End FC and Newcasil West End FC to UNITE az one!

And from the match in Saudi Arabia on Thorzday!

The goals were az follows, curtesy of Colonel Gadaffi on NUFC TV (The one from Bracknell in Berkshire NOT the one from Tripoli in Libya!) 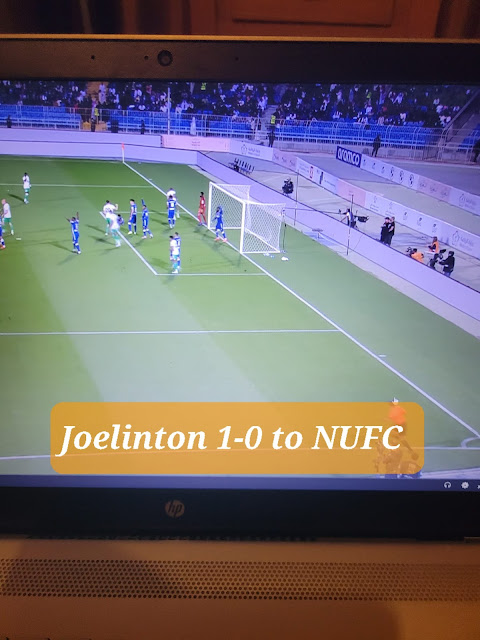 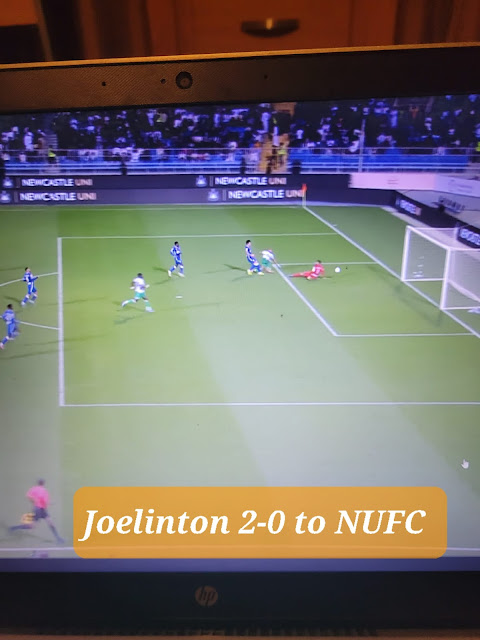 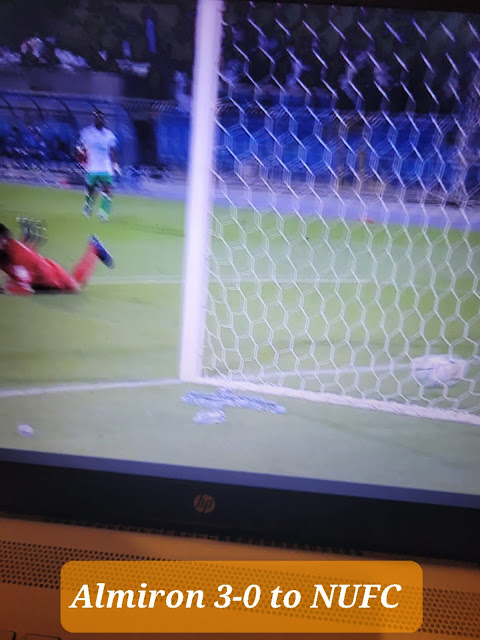 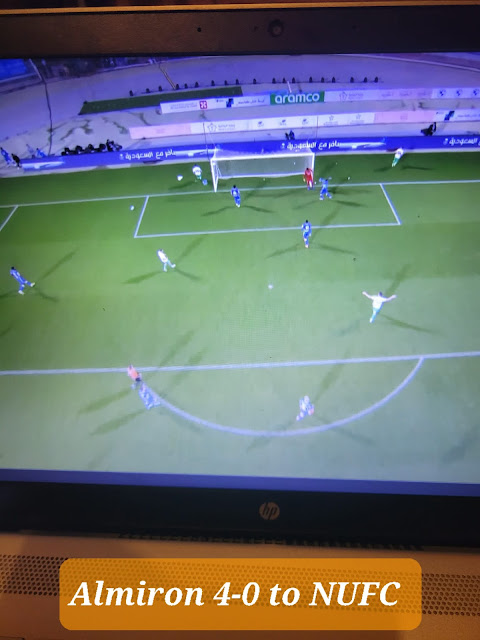 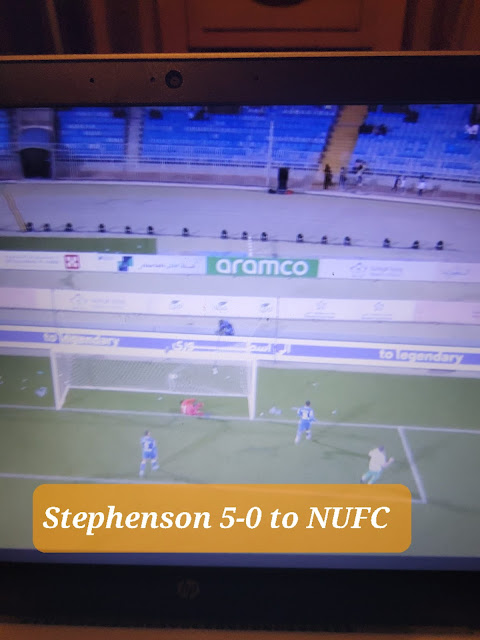 And from The Geordie Times intrepid paparazzi reporter in Saudi, 'Paul the Englishman', with some Toon flags and the 30 or so 'NUFC mad-sad groundhoppers' who had made the jorney at great expense! 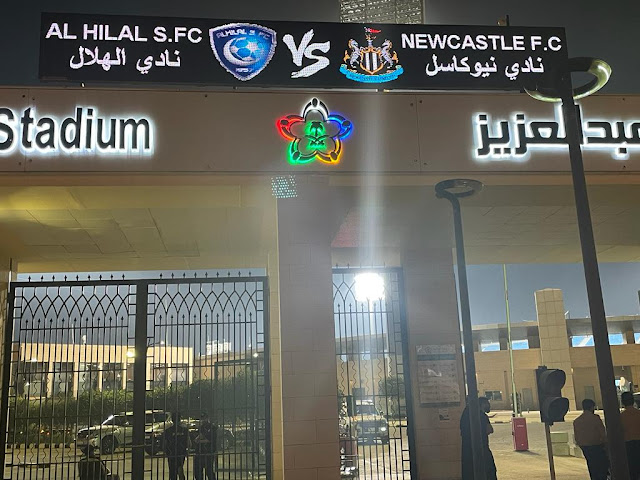 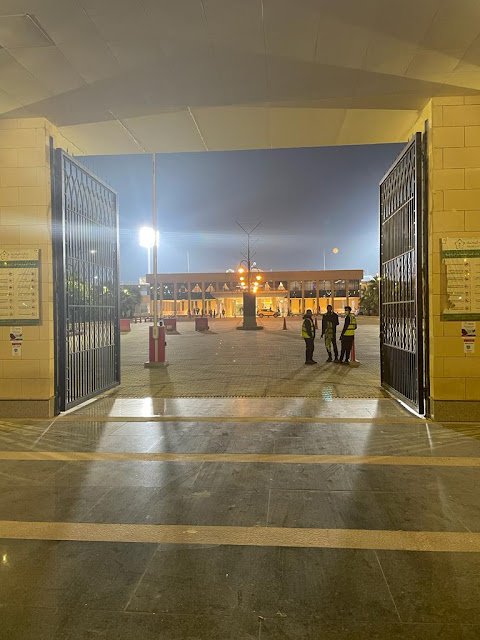 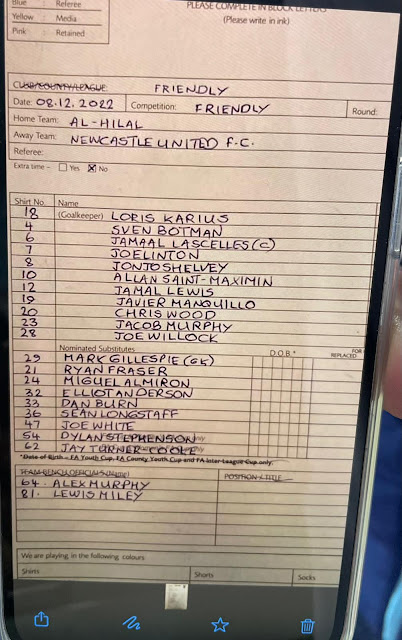 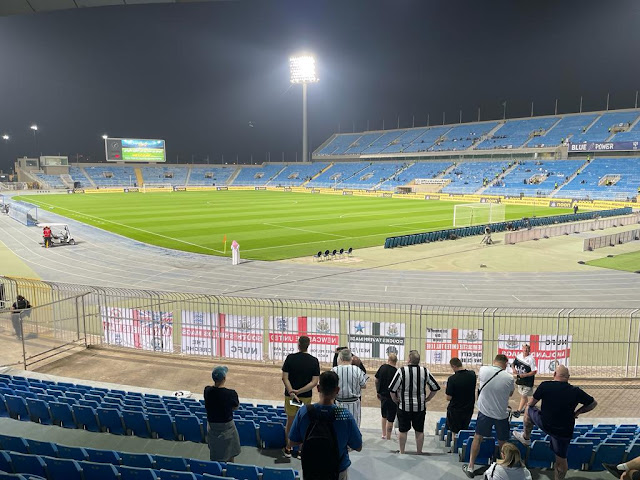 Some of the Toon fans 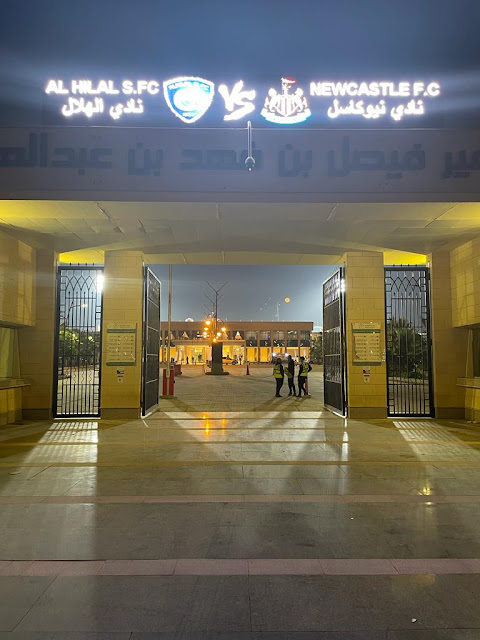 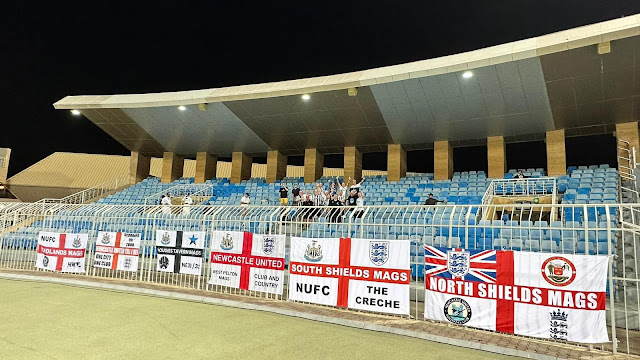 Get the flags oot for the lads! 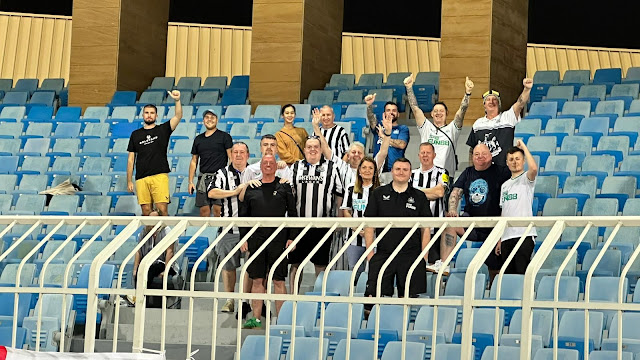 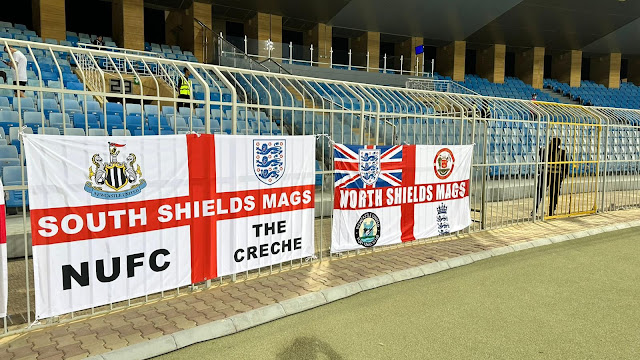 TYNESIDE UNITED! Nee North and South divide here!  For those of yoo who divvint naa, North Sheeeldz iz on the north back of the River Tyne and Soooth Sheeelz iz on the soooth bank----beleeeve it or not!?

Posted by fink the mad-sad groundhopper at 13:02