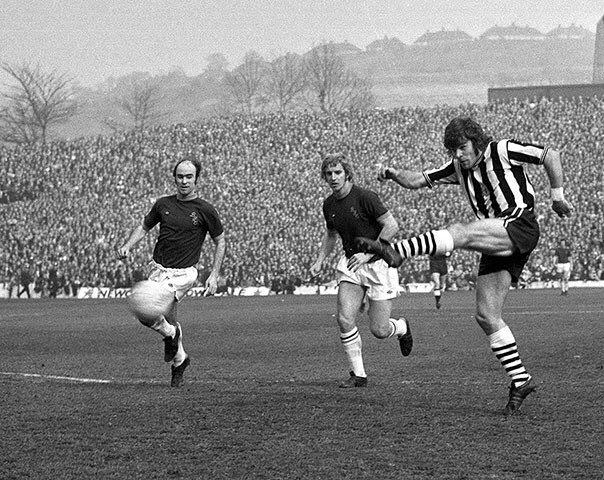 Supermac scores one of hiz 2 goals at Hillsborough in 1974!--The Toon fans are behind the far goal (includin little old me, somewhere!)

NUFC have been drawn away to Sheffeeeld Wedinzday in the thord roond of the FA Cup in January.

Hillsborough iz a happy huntin' groond for Toon fans for this iz the groond where we won 2-0 v Bornley in the 1974 FA Cup semi final in front of 55,000 fans, includin' at least 30,000 Toon fans! (Bornley couldn't sell aall their ticket and Toon fans travelled there to buy the ones they couldn't sell)

Supermac got both wor goals on that memorable day 48 and a half years ago and 'The Geordie Times' woz there to witness it aall those years ago!--The last time we played there in the FA Cup!

The tie will be played between 6th to 9th January!