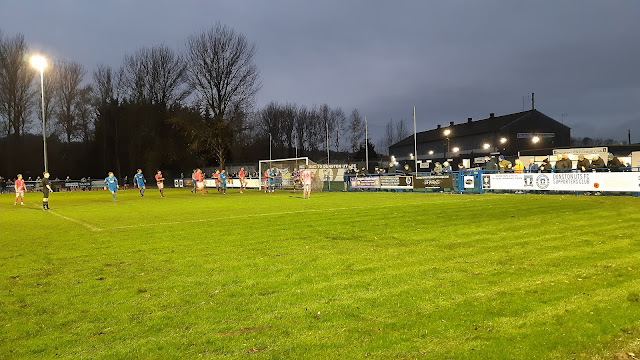 Carlton had brung aboot a dozen fans and they were in good voice az the game kicked off!

They were playin in bright pink shirts which certainly wouldn't have been allowed in Qatar! 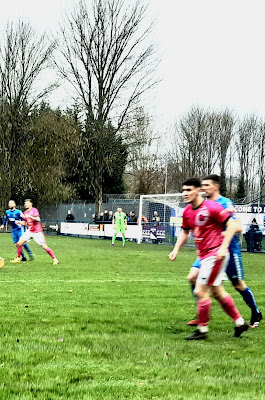 The visitors took the lead in the 40th minute after a mad scramble on the goal line az Davie heeded home at 'The Tea Hut End'!

That the way it stayed til the break az cold drizzle enveloped the groond!

Carlton doubled their  lead in the 60th minute at 'The Dunston *Rocketless End' after an error in the home defensive left Wells with an open goal and he made nee misstayk with hiz sidefooted effort!

(*There used to be a tower block behind this end which woz nicknamed The Dunston Rocket, because of its shape!) 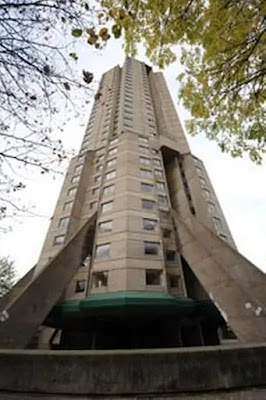 'The Bad Blue Boys' pulled one back in the 80th minute when Terry Galbraith stabbed the baall home after a melee in the box!

However! 'The Pinkies' got a 3rd goal through Hylton which  put the final nail in 'The Bad Blue Boys' coffin near the death! (Sic!) 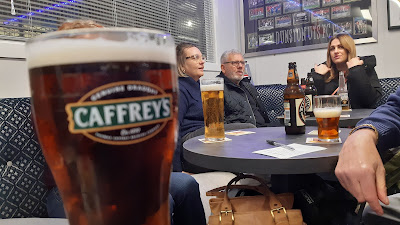 Something again, which iz not allowed in Qatar! 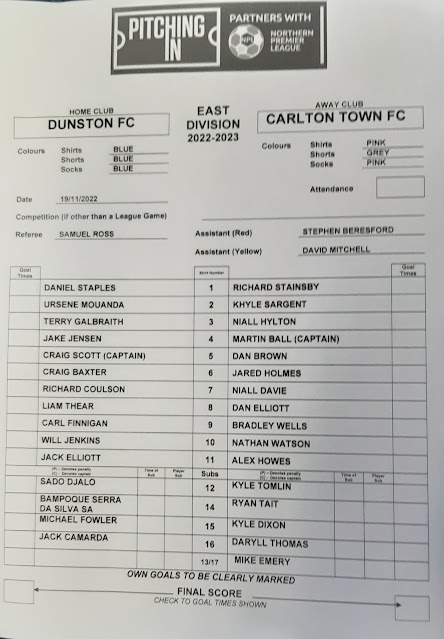