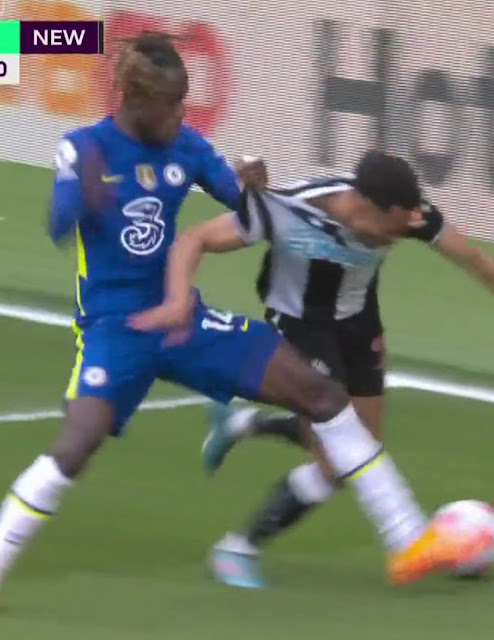 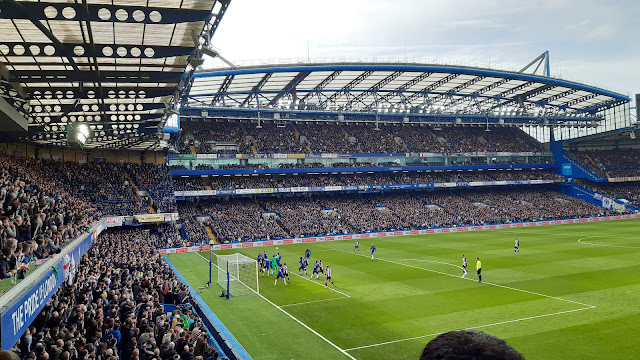 A Chelski goal in the 89th minute broke wor hearts az their goalscorer Havertz shud have been sent off just  in the forst half after a blatant elbow on Dan Burn!

Another blatant decision not to give a penalty to NUFC when Jacob Murphy had hiz shirt pulled and woz then tripped in the box in the 2nd period az we attacked The Mathew Harding Stand, opposite where the 3,000 Toon fans were housed in The Shed End (see top photo!) 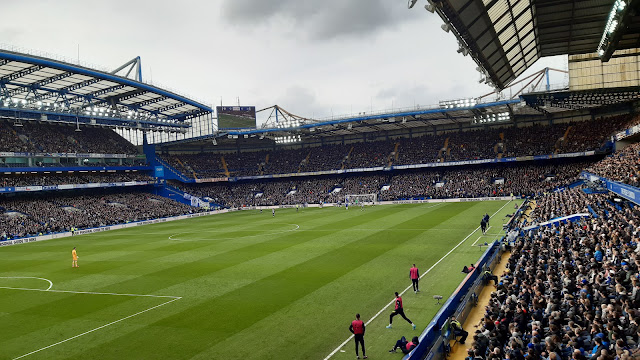 Just why both decisions didn't gan to VAR iz a complete mystery to everybody in the groond??? 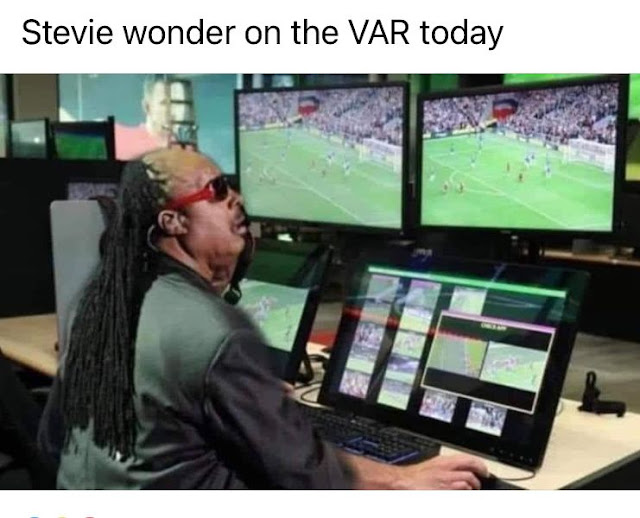 (More to follow on aall this when we eventually get back on the 'snail train' from King's Cross!)

NUFC started the game off well in an even forst half when the elbow incident happened 40 minutes into the game!---Referee Cootes produced a yellow card and VAR ref Brookes incredibly agreed that it woz 'reckless' and not 'violent'!----??????

Then in the 2nd half the penalty incident in the 58th minute, that even blind pop star Stevie Wonder would have seen woz NOT seen by eethaa Cootes or Brooks!??? (spec savers dee a canny deal lads!) 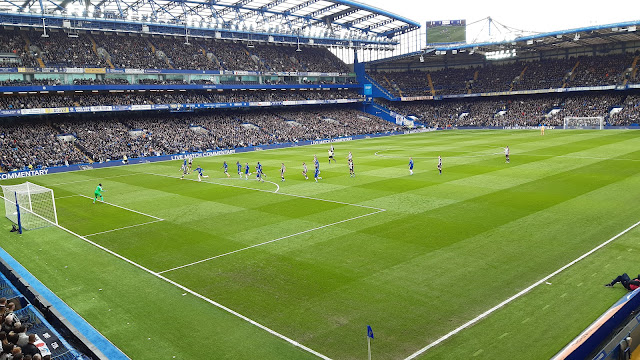 We held wor own after this with a fantastic rear guard defence but Havertz woz quicker than Dan Burn to the baall and fired the baall ower the goal line!

*We really thought that we had held Chelski for the forst time in 10 previous Premyaa Leegue and cup visits--but the late goal shattered that!
Throughoot the game The Toon fans taunted the home fans aboot their plight with chants of: "Chelsea's skint and The  Mags are rich!"---"The Geordie Boys are on a bender!--Chelsea are a war offender!"--- and more ominously!--- "MIKE ASHLEY!--HE'S COMING FOR YOU!" 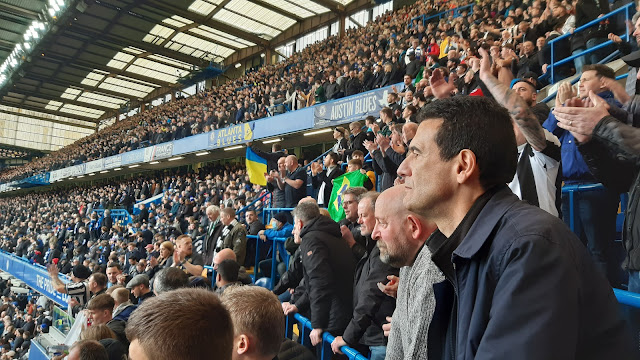 A TOON FAN WAVES A BLUE N YELLOW UKRAINE FLAG TO TAUNT THE CHELSKI FANS AT THE SEGREGATION FENCE!

This woz wor forst Leegue defeat since before Xmas, but NUFC can take great credit for this battlin performance!

We eventually got back to The Toon at '10:00pm bells' after 4 days travellin to London and Sooothampton and back on 6 trains in total and some 1,300 miles and 20 hours travellin time, to boot! 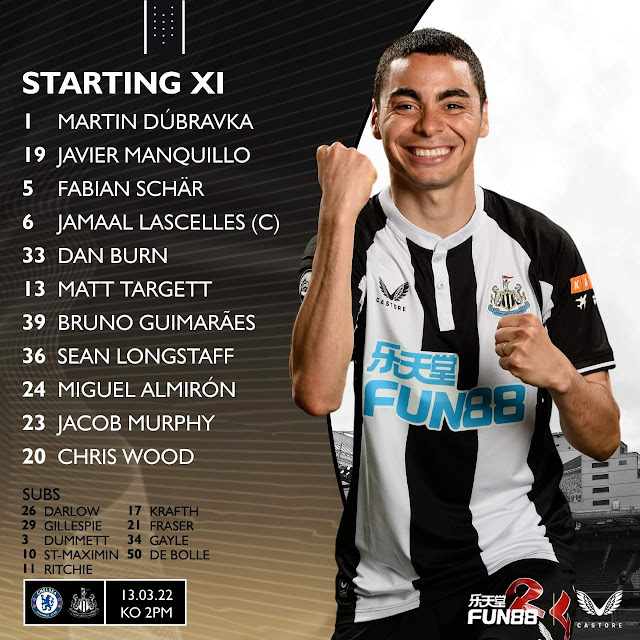 *It's another train jorney, to Liverpoool, to face Evaatin this time on Thorzday, where we play wor 3rd away game in a row in little more than a week!----A 'mini break' then takes place next weekend, where I promise yoo, I won't be travellin anywhere to watch a game---I need a rest from trains! (and away games!)

*The pre match gargels on the neet before and on the day of the Chelski game took place in various locations in London! 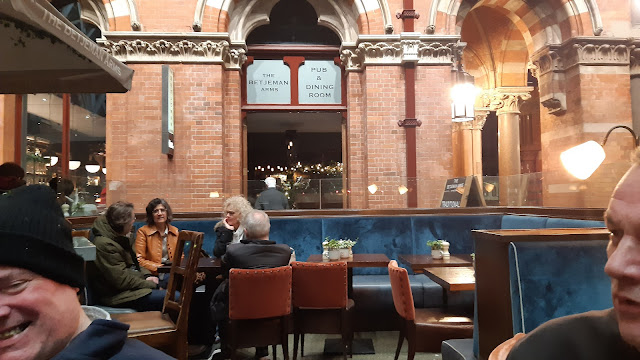 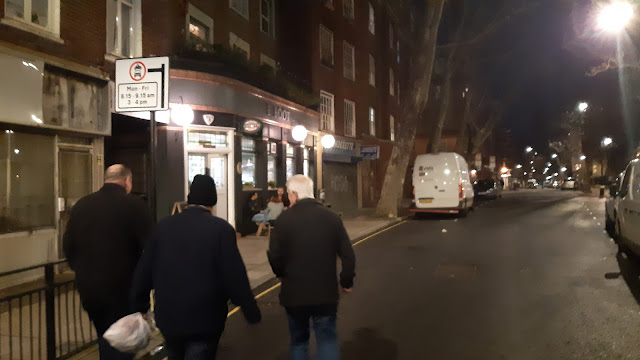 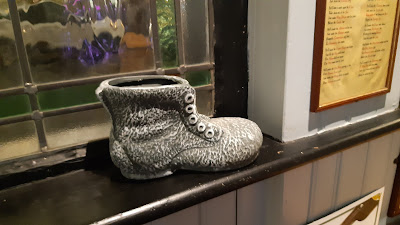 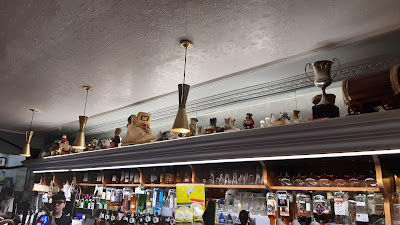 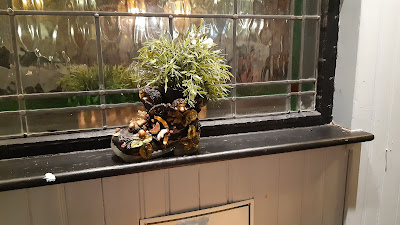 BELIEVE IT OR NOT THE ABOVE PICS ARE FROM A BOOZER CAALLED 'THE BOOT'! 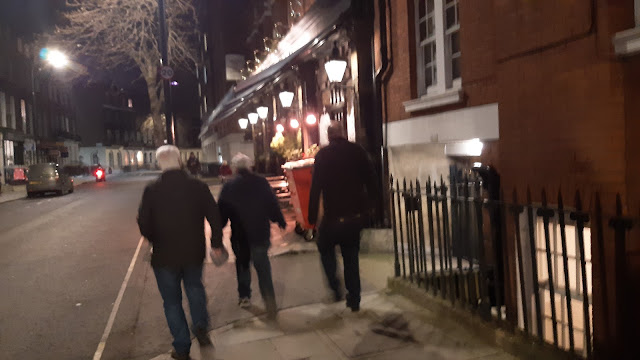 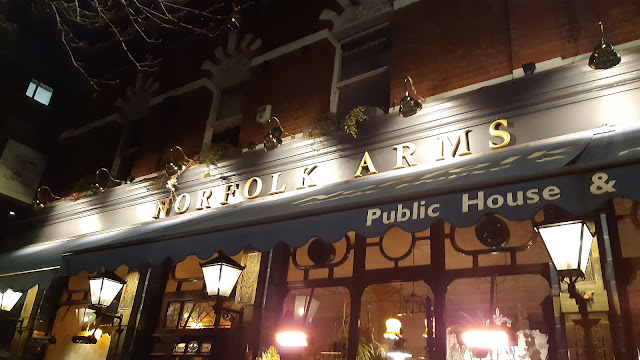 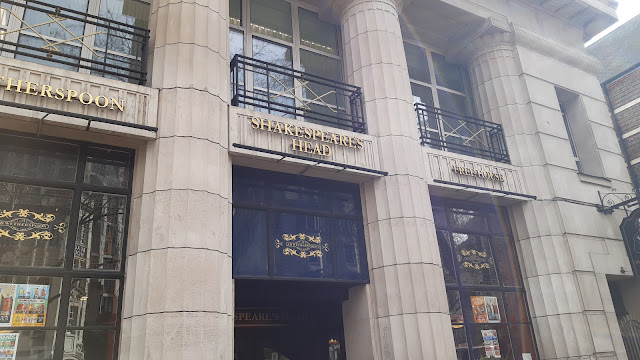 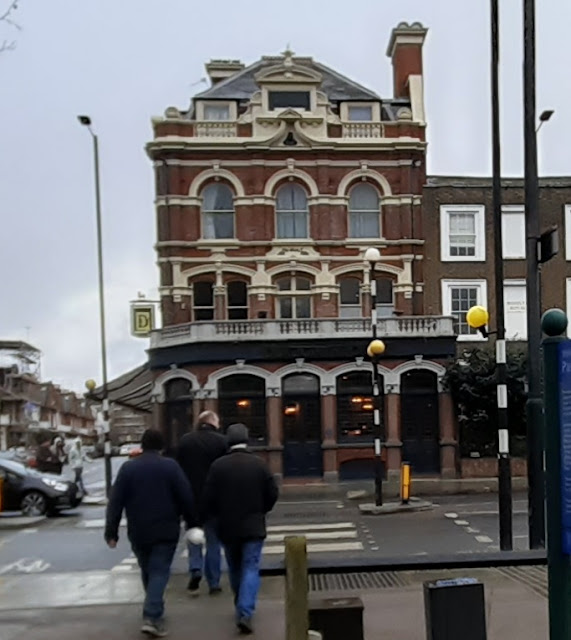 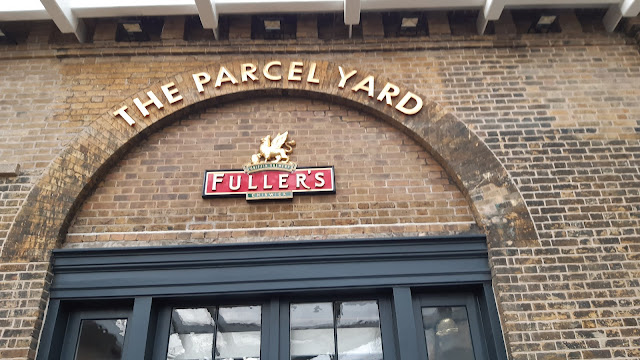 And from social media!---Even the official Chelski website agrees with us! 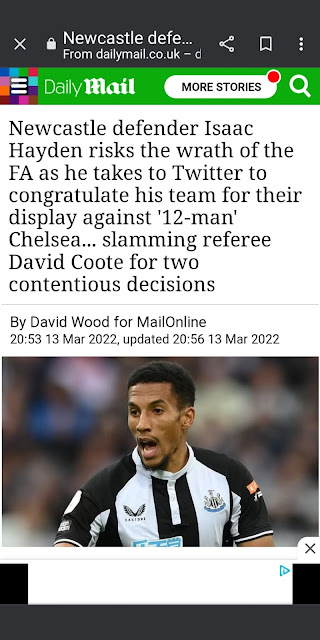 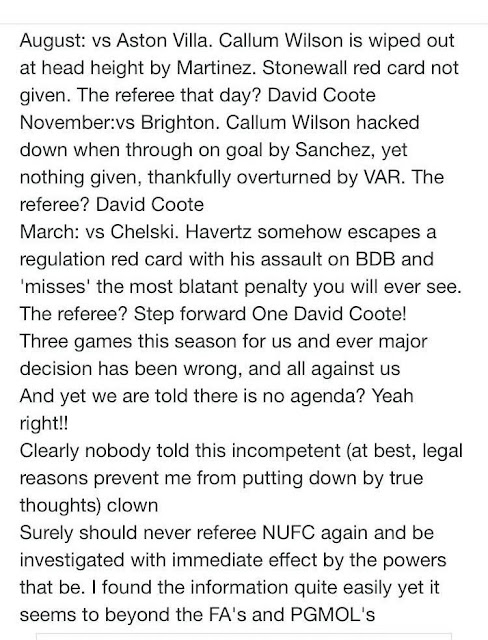 Posted by fink the mad-sad groundhopper at 16:59