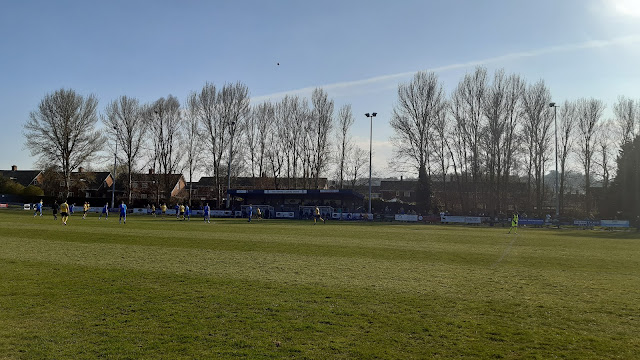 It woz a nice sunny day on Tyneside and az NUFC had anothaa blank weekend, coz of the International break, we heeded for The UTS Stadium in Dunston to see them play Cleeethorpes! 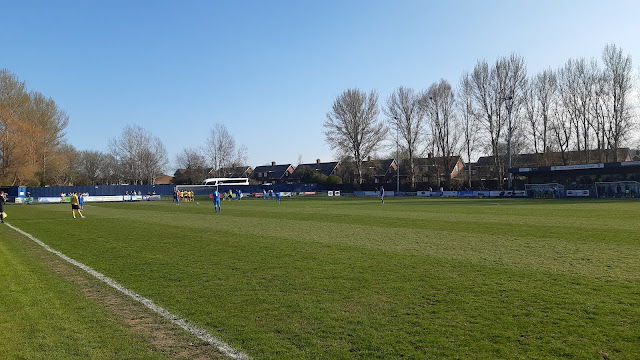 The Bad Blue Boys were indeed BAD, az the visitors inflicted a 2-0 defeat, due mainly to misstaykes from the unfortunate Dunston goalie, who failed to hold the baall from a weak shot for the forst goal ---and then pass the baall to one of their players to concede the 2nd goal--Both in the 2nd half in quick succession!

Dunston simply didn't get oot of the blocks in this errror ridden game! 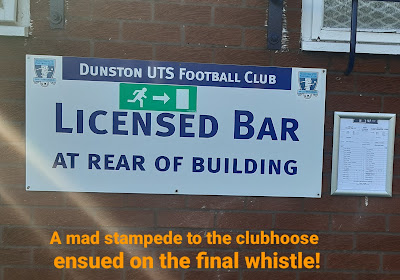 The drowning of the sorrows then happened in the packed clubhoose after the game, which woz watched by a 333 crowd (plus several freebeez who sneaked in in the 2nd half, when neebody woz mannin the tornstiles!) 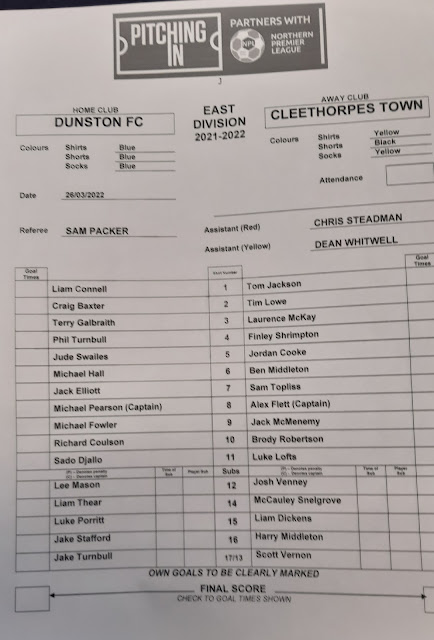 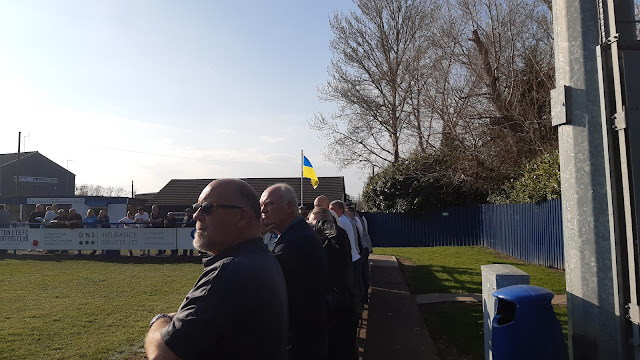 A UKRAINIAN FLAG REPLACED THE CLUB FLAG IN A SHOW OF SUPPORT!

Posted by fink the mad-sad groundhopper at 12:04