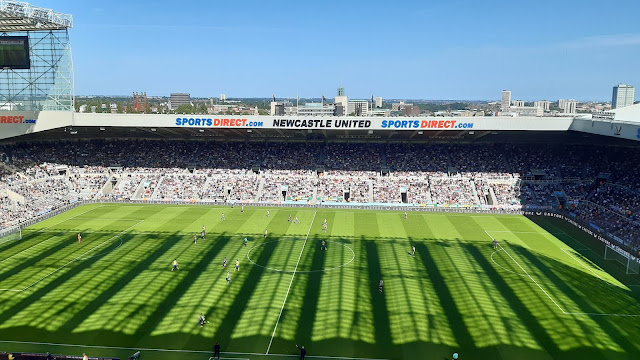 VIEW FROM THE MILBURN STAND BALCONY

Anothaa inept forst half display had the fans bayin' for wor heed coaches heed, with loud chants of: "We want Brucey out, we want Brucey out!", half way through the half-----We didnt have one shot on target in the whole of the half, while Sooothampton missed a canny few chances at the othaa end, and shud have been at least 2 goals to the good at the break!  HT 0-0 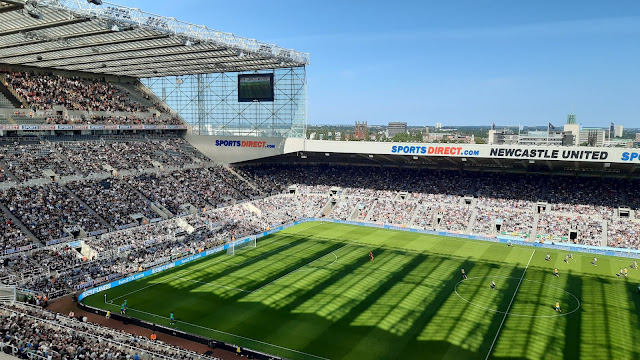 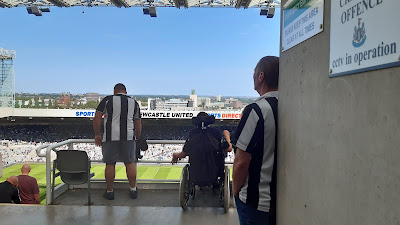 We came oot of the blocks at the start of the 2nd half and within 5 minutes Callum Wilson had put us 1-0 up at The Gallowgate End, with a fine heeder! 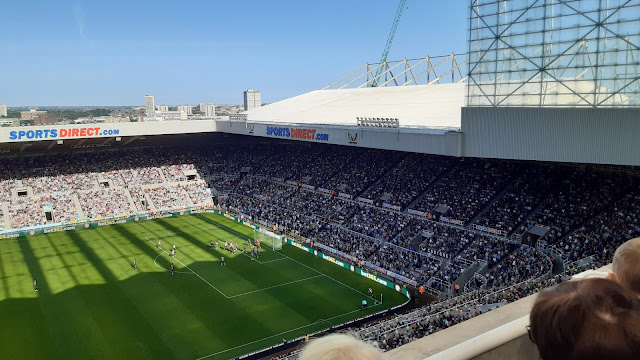 The lead lasted 20 minutes when wor visitors equalised after a mad scramble in the box, when Toon goalie parried the baall oot, where Elyounoussi 👈( hope av spelt that reet?) woz waitin' to hit home!

More chants against Bruce were forthcomin' at this point---and they were loud! (It shud be noted that some fans had voted with their feet, az there were huge empty gaps in The Leazes End!)

VIEW FROM THE GALLOWGATE END---NOTE THE EMPTY SEATS IN LEVEL 7 OF THE LEAZES END OPPOSITE! (Special thanx to Steev for the photo)

Just when it looked like it would end 'ones a piece', Saint Maximin raced into the box to hit a rebound from a Ryan Fraser shot, into the net in the 90th minute to send the crowd wild with delight! 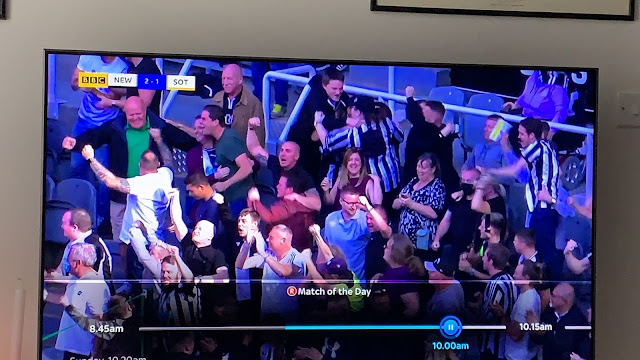 It wasn't to be though, az deep into stoppage time, Lascelles woz adjudged to have commited a foul on former Toon player Adam Armstrong in the box---and the big screen at The Leazes End said a possible penalty woz bein reviewed by the VAR people!---The ref then ran ower to the monitor at The East Stand and after a lang look, gave the penalty to Sooothampton!----Ward-Prowse duly scored to send the 950 members of 'The Simon Templar Mob' wild with relief, high up in The Leazes End!

A sickenin' end to the game, az this penalty woz scored in the 96th minute!----In reality they desorved at least a point, but Brucey az usual disagreed and said that he woz very, very, disappointed with the chantin against him!---But wot does he expect with NEE wins in wor forst fower games! FT 2-2 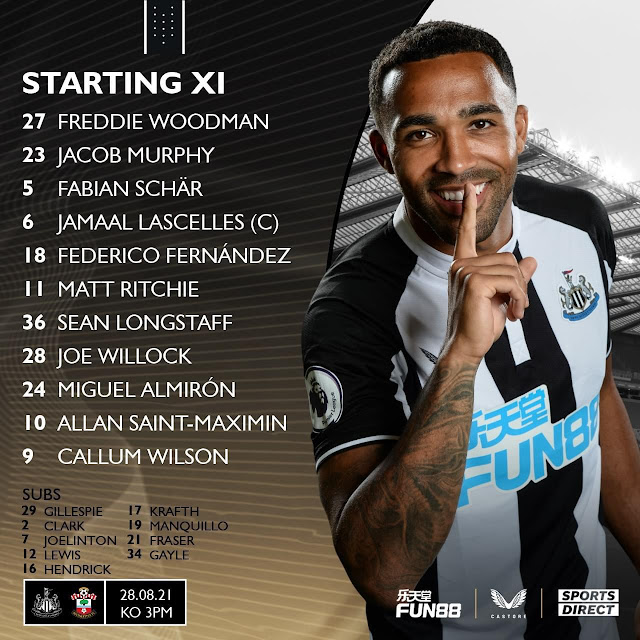 The draw 'lifts' NUFC to 15th place in the table and oot of the relegation zone! (for the time being at least!) 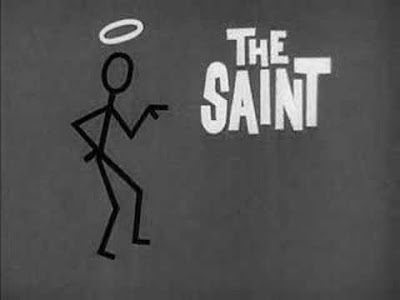