"BLINDED BY THE WHITE!"
SPOT THE DIFFERENCE 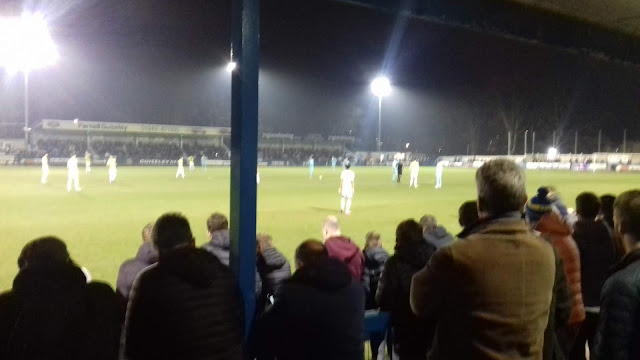 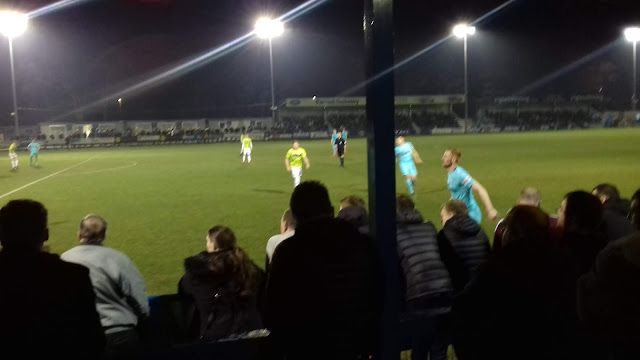 AFTER A LANG DELAY THEY CHANGED
INTO BRIGHT YELLOW SHIRTS?


4 of us travelled doon in Biffa the Beer's jam jar and arrived in Guiseley at '5:30 bells' and parked up at the car park at Nethermoor Park, the home of non leegue Guiseley AFC.---which woz aalso the 'home' of Leeedz U23 side!

It woz then onward to a drinkin den alang the road caalled 'The White Cross' where pints of Mad Goose ale were consumed!😨 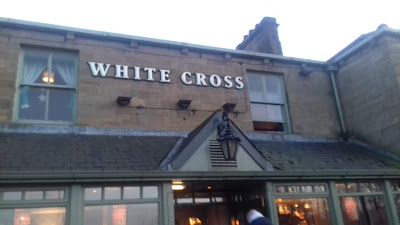 It woz soon time to heed back to the groond and after a quick liquid refreshment (Tetley mild) in the clubhoose, we heeded for the terraces in time for the '7 bells' kick off!-----WRANG! 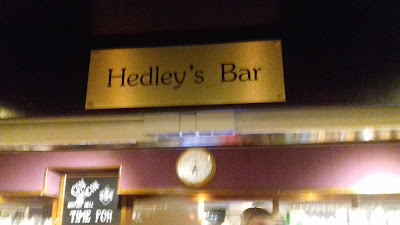 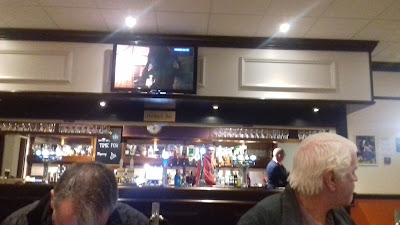 We could see that there woz a discussion on the pitch between the referee and the Leeedz goalie, which went on for ages?

Kick off time passed and then bizzarly Leeedz aall white strip woz deemed to clash with wor aall light blue away strip and they were forced to change their tops for bright yellow ones with no numbers on the backs!----farcical!

We couldnt see just how the strips clashed?----woz their goalie colour blind?----or indeed the ref, because of the bright floodlights? 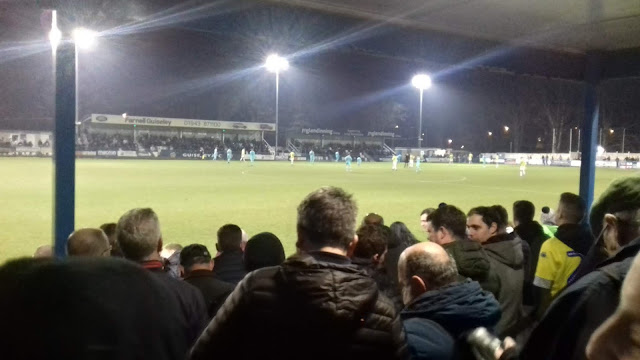 It woz 'see-saw' at forst with both sides havin chances!
The breakthrough came from 'The Yellow Vests' who took the lead in the 25th minute with a fine strike, much to the delight of the large home support! (With no numbers on their shirts, we havent got a clue who scored?)
Their 'delight' woz short lived however az The Toon hit back straight away when Jamie Sterry hit a shot which woz deflected into the net by one of their 'numberless' defenders!
It woz 1-1 at half time! 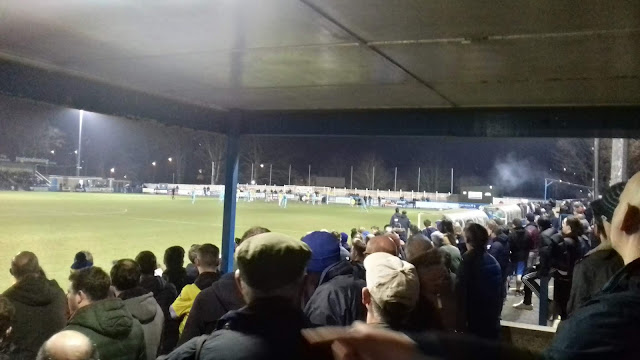 The 2nd half woz unfortunately a 'no show' from NUFC az Leeedz dominated this half!
2 goals in quick succession then followed from the home side az we were sunk withoot trace by 'The Yellow Vests'!


The result meant that Leeedz won group 'H', but we still qualified for the knockoot stages in 2nd place! 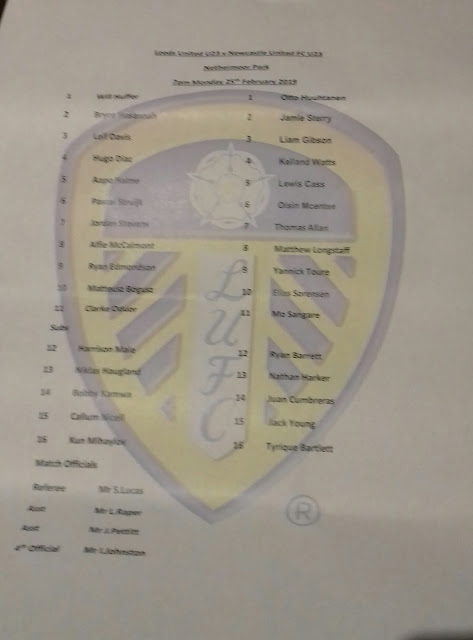 
The draw date for the last 16 in the knockout stages iz not known yet. But there are a few teams still left in who play on groonds we have never been te----az per usual "Watch this space!" and we will let yiz naa, az soon az we find oot!

PS: Wor 'hunch' woz reet!---We did eventually find oot the reason for the Leeedz strip change. On Leeedz Twitter feed they said: "Slight delay here as Leeds have to change shirts due to one of the players being colour blind"----(We'll give you 3 guesses who we 'fink' it woz?)