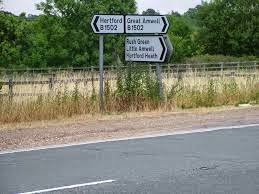 What canna say aboot this game?, the ultimate nightmare, and mee worst EVER! game watchin' the Toon!.


Me and ' Punter the Hunter'! <("He comes from Lobley Hill!") decided tih hitch hike doon for the replay, after non league Hereford's shock two's each draa in the forst game at St. James'.

It was f***** freezin' as wih set off for the Welsh border country. Ah had a foldy road map tih keep wih 'on the reet track' and after aboot five hours and a dozen lifts later, wih hit lucky, as the car driver said he was gannin tih Hereford.


After aboot two hours he woke wih up.


"We're here lads!", he shouted az he stopped at a road junction.


Ah looked oot the window and saw a sign for London---


We looked at the map and decided that the best course of action waz tih 'hitch' across country, via Oxford.


The next lift (sometime later!) waz from a 'Yank' in a big flash 'jam jar', who, in a broad American accent said he waz heedin' for some univorsity IN Oxford. (GREAT!)


Wih jumped in the back seats and he asked us which 'highway' we wanted? '


(Az yih might expect----he DID'NT! get the joke, az he looked like one of them American basebaall fans who did'nt have a clue aboot the 'worlds greatest game'!----so ah did'nt elaborate!)


He gave iz one of those: 'I CAN'T UNDERSTAND A F****** WORD YOU'RE SAYING'---looks!, and carried on in the direction of mee index finger!


"Are yoo heading for some kind of 'pop festival"?, he then asked curiously? , lookin' at wor 'barnets' in the process through hiz rear view mirrah! (wih both had lang hair at that time!, az it waz aall the rage in the orly seventies!) ('T' Rex'---'Slade'---'Led Zep' and aall that!)


He did'nt ask us anymore questions and dropped us off on the ootskirts of Oxford.

"Cheers Buddy!", said 'Punter', salutin' him az he drove off intih the distance!


Wih had tih wait aboot half an hour for wor next lift, but we were in luck, as the gadgie was gannin 'wor way'! and after a couple of more lifts, we eventually arrived in Hereford, EIGHTEEN HOURS! and SIXTEEN LIFTS! from Tyneside!.

'Punter' asked the local 'Officer Dibble' ,who waz deein’ ‘the roonds’ on hiz push bike where the groond was?

"AARRRR!---IT'S BESOYD YONDER CATTLE MARKET!", he said as he pointed us in the reet direction.


"YOU'RRR NOT FROM NEWCASTLE BOIY ANY CHANCE ARE YOO?", he enquired with a puzzled look on his face!. (Obviously a 'Sherlock Holmes' in the makin', az 'Punter' waz wearin' a black 'n' white bobble hat with the Newcastle crest on the front of it!) 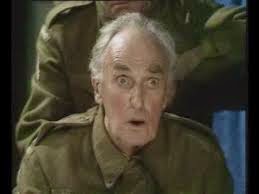 
(Aaltogether, the match had been postponed aboot ten times because of a frozen pitch!)

Wih heeded for a local 'greasy spoon' cafe for a hot drink and some 'Desperate Dan', but aall that was left tih eat were some chocolate f***** biscuits! and what looked like a stale 'stottie cake'!.


"FOWER OFF THEM BISCUITS, PAL!", ah said tih the aad 'gadgie' with the 'handlebar moustache' behind the coontaa!, pointin' towards the 'said' 'biccys'.

Wih then headed for the local 'drinkin' establishments' tih drown (and 'down'!) wor sorrows!.


(That's reet!---EIGHT F***** PENCE!) so---(as yih dee!) wih got totally 'rat-arsed'! alang with some other Toon fans who'd aalso made the wasted journey doon by the supporters club, and at 'chuckin' oot time', they managed tih sneak us onto their coach for the lang trip yem!.


(Wih hid behind the seats at the back of the bus!)

When the game was eventually played, wih both headed back tih Herefordshire, prayin' that the match would be on!.


(This time on the supporters bus!---which took seven hours!)


Anly tih witness the most televised goal in 'futbaall history'!----scored (on a ploughed field!) by---yee naa who!


(and then prayed, that the ref would abandon the match, tih put wih oot of wor misery!) (nee such luck!)

Of course in the orly seventies there waz nee such thing az aall seater stadiums and the vast majority of the crowd waz 'shoehorned' intih every available space! (perimiter waalls, roofs, floodlight pylons, anything!)

The thoosand or so Toon fans who were unfortunate enough tih be there!, were behind one of the goals. At the front some wooden beer crates had been placed behind the goal line az improvized seats so that the youngins' amongst the crowd could get a better view of the proccedins' on the shallow terraces, and they stretched from corner flag tih corner flag!


The anly problem waz---that fans behind THEM!could'nt see a thing!, because the 'little brats' at the front were STANDIN' on them! for a better view! (Taylor Report!----divvint mek iz laugh!)

Soon, the crowd behind pushed them ontih the runnin' track and that's where they ended up sittin' az the game kicked off!


Look!---a'm writin' this some forty three years after that 'fateful day' and it STILL! HAUNTS IZ!--- SO!--- aall give yiz a (very) brief match report!---that's aall yih gannih get!

The game waz crap until 'Supermac' gave wih the lead late on in the second half and  we'd aall thought wi'd won---UNTIL!--- (horror upon horrors!) a 'last gasp' equaliser which haz become the most televised goal in futbaall history, forced the game intih extra time!

Oot of frustration, 'Punter the Hunter' picked one of the beer crates up and hoyed it ower the top of the crowd!


It hit a 'Dibble' who waz waalkin' aroond the pitch, smack on hiz bonce, knockin' hiz helmet off and knockin' HIM! clean oot!

The 2nd most televised goal ever! from the non leegue side, then followed in extra time----followed by hundreds of 'anoraks' runnin' across the clarty 'pitch'!---FULL STOP!*


(That iz mee last recollection of the match!)


THIS ONE WAS THE ULTIMATE DISASTER!---