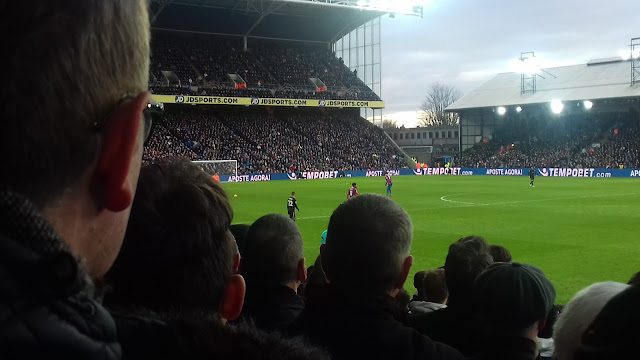 Because of the orly Sunday kick off time (2 15 bells) we decided to travel doon to 'the smoke' (London) the day before az the forst train from the Toon on a Sunday mornin' doesnt leave til 8am bells--so any problems (and there are many on the East Coast line!) and its a fair bet we would miss the kick off, az Palace's groond iz ower an hour from King's Cross via tube, Victoria train station and a 15 minute waalk to Selhurst Park from Selhurst station
(The train takes 3 hours from the Toon to King's Cross!)

Anyway! We arrived in London at Saturday tea/beer time and heeded for several hostelries to quensh wor thirst (definately ne tea!) (for "Lets gan on the bevvy in Febu-ery!" pub photos see next article doon!)

Next day woz 'match day' and we heeded for sooth London from Victoria station (a quick 'gargel' there!)---and then onward to the Selhurst Railway Club not far from the groond! 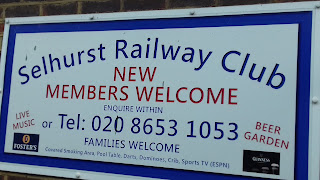 It woz 'heavin' with a mixture of both Palace and Toon fans and they were standin 'five deep' at the bar to get sorved!
After jumpin the queue (az yi de!) aa settled doon with mee pint of 'liquid lubrication' for a bit 'chin wag'!

It woz soon time to heed for the tornstiles and the queues at the home end were massive az everybody had a 'body search' to get in!
The queue for 'wor end'  worn't that big and we were soon inside the smaall away concourse, which woz absolutleee rammed!

After struggling for 5 minutes we eventually made it to 'the tool shed' (toilets!) where wor 'liquid lubrications' were disposed of!

After anothaa struggle to get to wor seats in row12 we settled doon for the kick off!

After a couple of orly scares when the home side went close to scorin, it woz NUFC who made the breakthrough when a Kenedy corner foond Mo Diame through a ruck of players and he toe poked the baall into the net at the far end to send the sold oot 2,900 Toon section into joyous celebrations!
(It woz hard to see just who scored az the view from wor seats woz cr*p, but who cared!) 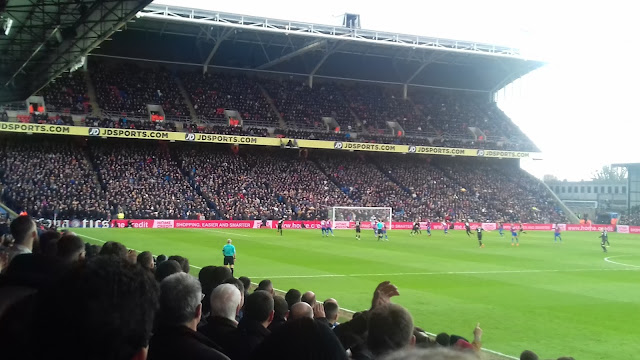 I took this photo with mee
camera phone above mee heed!
(Compare with top photo!)
(The Toon are in black)

We 'hung on in there' til half time and kicked towards wor own fans in the 2nd half, where Perez woz put through by Kenedy in the 47th minute, but wor number 17 lost the baall and the chance woz gone! 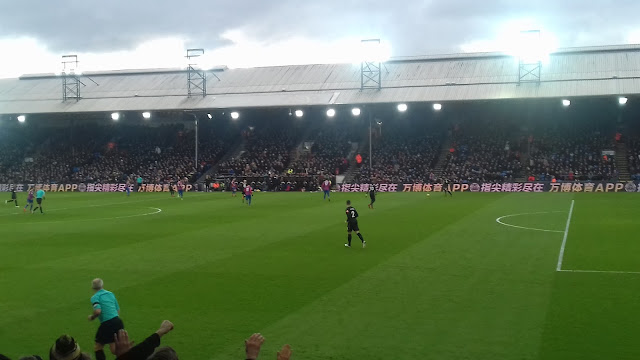 The Crystal Baalls pounded wor goal for the equaliser and this came in the 55th minute when 'Clarky' needlessly pulled Benteke's shirt and the ref pointed to the spot after consultin the linesman on the far side! (We hadn't a clue just why the penalty woz given at the time?)
Milivojevic <(hope av spelt that reet?) took it and Darlow got a hand to the baall but couldn't stop it enterin the goal to level things!
Yet again we had surrendered a lead and baalls'd it up!---

It woz a very relieved Toon Army az the ref blew for full time az we thought that the home side would 'nick it'!
A points a point az the torture gans on!---we are ONE point above the drop zone now!

"THE TRAIN JORNEY TO HELL!"

We were booked on the '7 bells' train back from King's Cross and after a couple of 'gargels' roond the Euston and King's Cross area we boarded the train that anly had 2 stops (York and Darlo) before reachin the Toon at '9:45 bells' ----WRANG!!!
The train manager came on the tannoy and said: "Because of track and signallin' problems at Grantham we are runnin approximately 20 minutes late!" He apologised for this and repeated it aboot 6 times az the train stopped dead!

We eventually got on the move again BUT! just south of Northalleton the train stopped dead again!
On the announcer came again to tell us that: "A trespasser is on the line at Northallerton and British Transport police are dealin with the incident---we have no idea how long we will be stuck here and there are 3 trains in front of us who are stuck as well!"
More grovelling apologeezzz from him!

ONE HOUR LATER we were still there when the train manager came on the tannoy again!  "The female trespasser has ran away and the police are chasing after her!" (Yi couldnt make it up!---yet more grovelling apologeeez!)

It woz hilarious!----but NOT funny!----We eventually got movin' again and arrived back at 'The Central'  in the Toon at '11 45pm bells'--- TWO hours late!
This meant aa missed mee last bus yem and had to get a taxi at 4 times the expense of a bus ticket!
Wor lass had had mee dinnaa on from '10 bells', thinkin that aa would be back by then----and a BURNT CHOPS meal woz wot aa woz greeted with az a fell through the front door at 'MIDNEET BELLS!'
Who would be a Toon fan????

More pix to follow when aa get the time!

Posted by fink the mad-sad groundhopper at 13:44