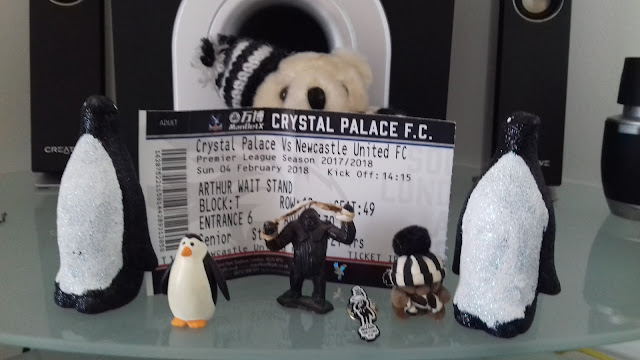 We heed for London yet again on Sunday (we nevaa seem to be away from the place!) where we play a rejuvenated Palace side that were bottom of the leegue when we played them in October---and we were ninth---but now they are above us 4 later!
We beat them 1-0 with a Merino goal in the last few minutes and little did we believe that 4 months later we still haven't won anothaa home game since then!

A debut for loanee striker Islam Slimani iz expected but we don't know if loanee goalie Martin Dubravka will play?

Victory would propel us up the table---but defeat could see us in the bottom 3 if it happens!

WOR CRY!i
Rafa haz commented on the transfors--or lack of them in ' the window'
"I dont want to create a war!--I dont need that!"----ie: He isnt a happy bunny thats for sure!  (And neethaa are we!)

More on aall this later!

Posted by fink the mad-sad groundhopper at 13:38