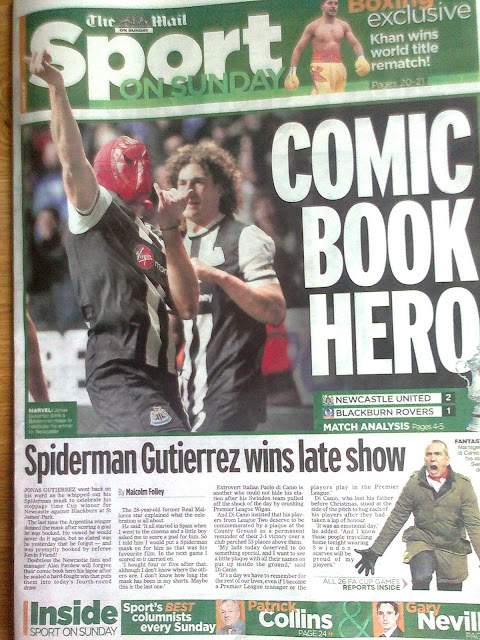 A last gasp goal from Spiderman saved the day for us and prevented an unwanted extra jorney across the Pennines via Brough and Kikby Stephen for a replay @ Ewood Park.

In complete contrast to wor game against Man U on Wednesday the forst half was absolutleee terrible and typical of The Toon in the FA Cup!

With man of the moment Demba Ba missin' through African Cup duty and Shola on the subs bench, we had ne recognised centre forward to put the baall in the net! (Tiote was missin' az well, az he iz aallso on African Cup duty)
The bottom club in the premya leegue actually took the lead in the 35th minute when Goodwillie (glad it's not my surname!) stabbed the baall home @ The Gallowgate End to gan in one-nil at the break. 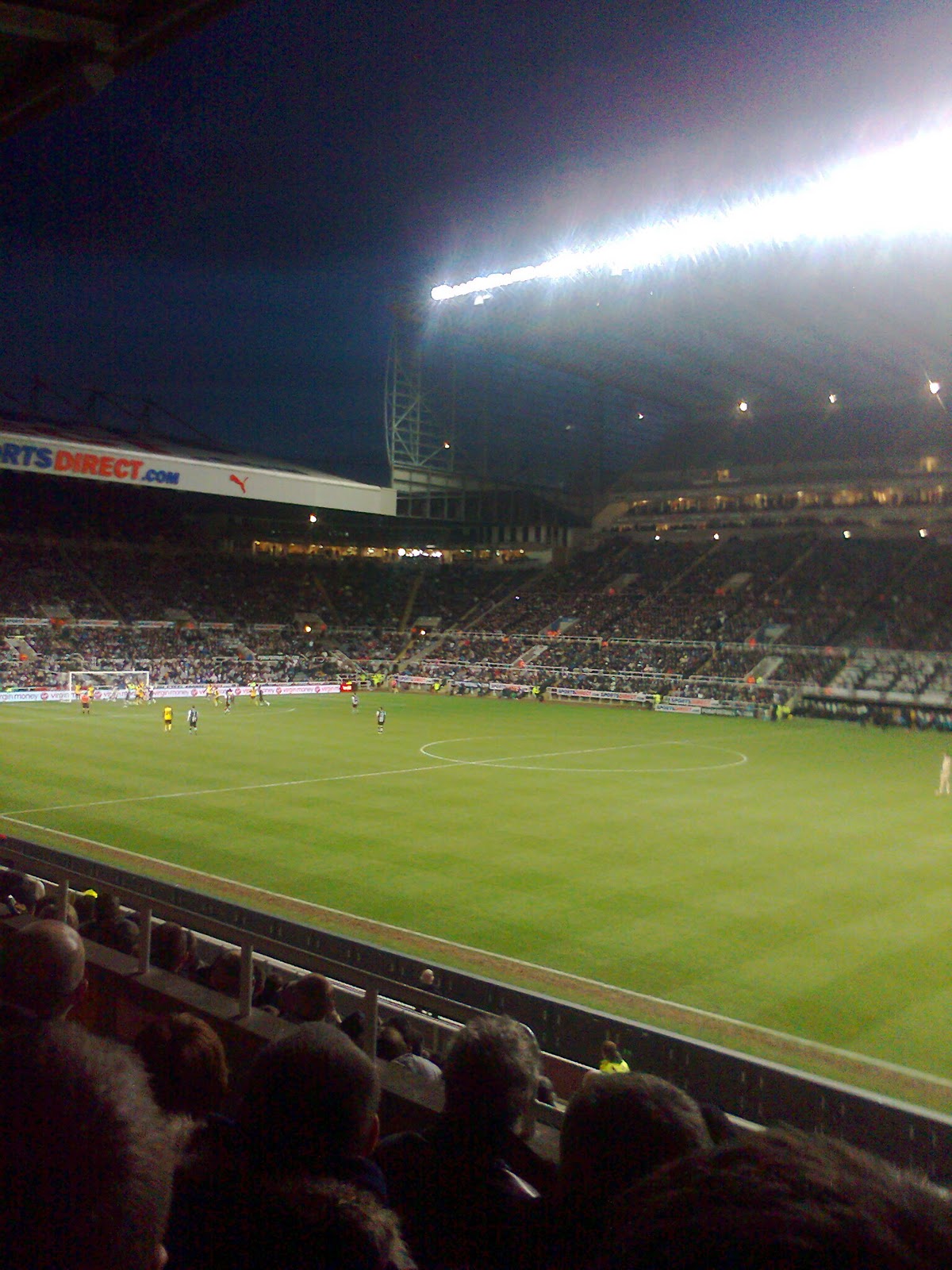 Level 7 wasn't open for this game and there were large gaps in the lower section az well, not helped by the fact that Blackborn had anly brung a pathetic 300 or so to the game! (many decided to boycott it, in protest at the Indian board (who famously own a chain of tandoori chicken takaways!) and (of course!) because of their beleagered manager Steve Keen!---great supporters---"EH!?")

Things livened up in the second period followin' a 56th minute substitution which saw Shola replace Obertan who was oot of sorts and he made a difference straight away.
However!--it was a Ben Arfa wonder goal in the 70th minute that saved the day, when he he beat aboot six Rovers players and hit a left footed 'rocket shot' which flew past their keeper to level the scores.

And then deep into injury time when a replay looked certain, and just like in the comic book stories, SPIDERMAN popped up (Gutierrez) and after a 'one-two' with Leon Best he chipped the baall into the corner of the net to finally 'fry' The Tandoori Chickens of Blackborn and send us wild with relief!---and into the fourth roond draw!

It cud anly happen to us!