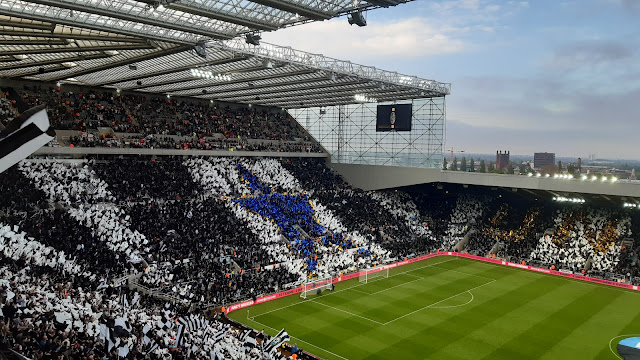 Eddie Howe's forst game in the dugoot ended in a 2-0 defeat at Arsenal in November when NUFC were rock bottom of The Premyaa Leegue with nee wins at aall!

The Arse fans were quick to condemn and mock us then,  with chants of: "All that money and you're going down!"

Fast forward 6 months and we are 12th in the table after beatin Arsenal 2-0 at SJP for wor 12th win of the season in front of a fanatical flag wavin crowd, with their 3,000 followers in level 7 of The Leazes End, left speechless this time! (With Toon fans retornin' the mockin at The Emirates Stadium,  with chants of: "Champions Leegue!--yi havin a laff!" 😃 (Thier arch rivals Sporz are now odds on to qualify for the last Champions Leegue place!) 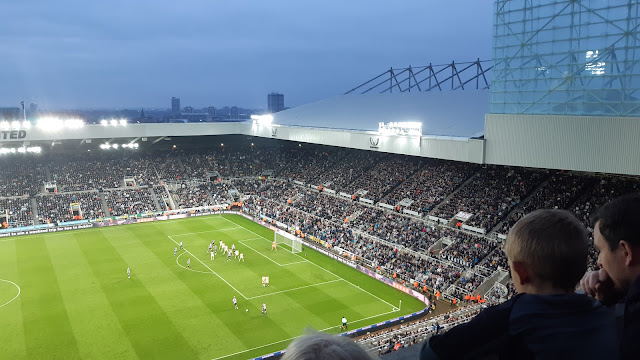 Who wud ever have believed that 6 months ago we wud be halfway up the table?

We went 14 games withoot a win and then just one win in 20 games by mid January, before the amazin tornaroond, starting  with a 1-0 win at Leeedz later that month and then another 10 wins since then! 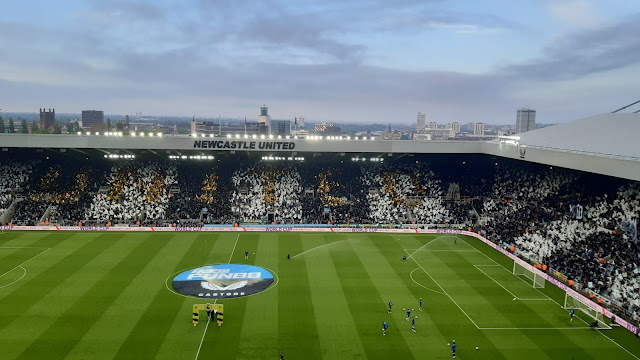 Before the start of the match, there woz a breathtakin flag display on aall 4 sides of the groond curtesy of 'Wor Flags' and we dominated the norf Landaners from the beginnin to the end, with an own goal by White (after pressure from Callum Wilson) and a shot from Bruno, both goals in the 2nd half az we attacked The Gallowgate End! 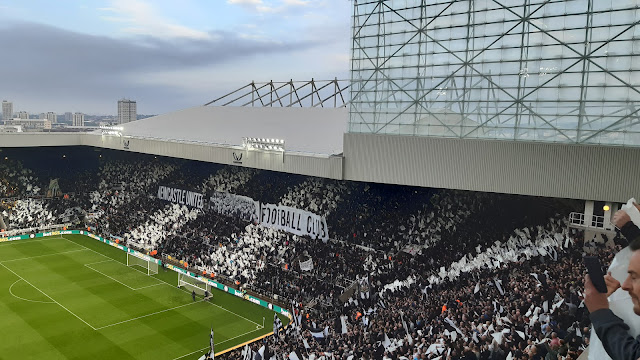 Wor best performance of the season by a country mile and the best atmosphere for many a year! 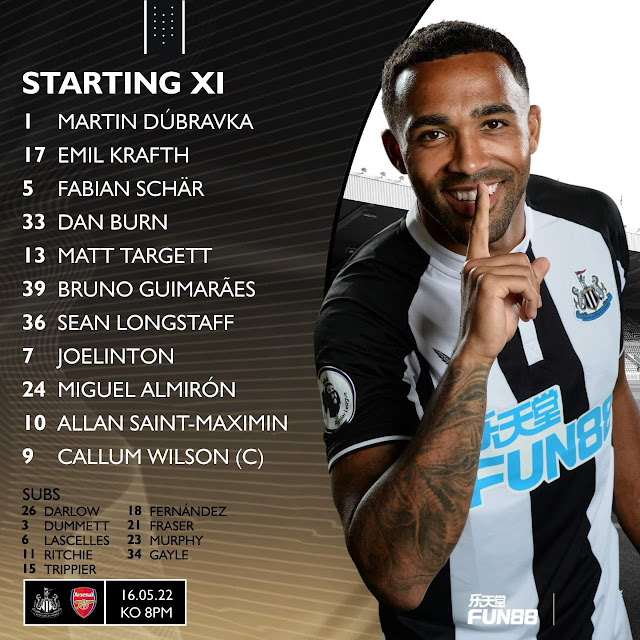 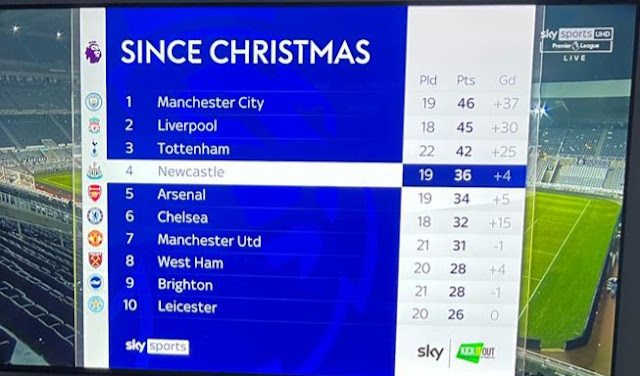 *'Wor Flags' deserve great credit for the flag displays and it must have taken them ages to put aall the flags and plastic black n white sheets on EVERY home seat!👏👏👏👏👏👏👏👏👏👏 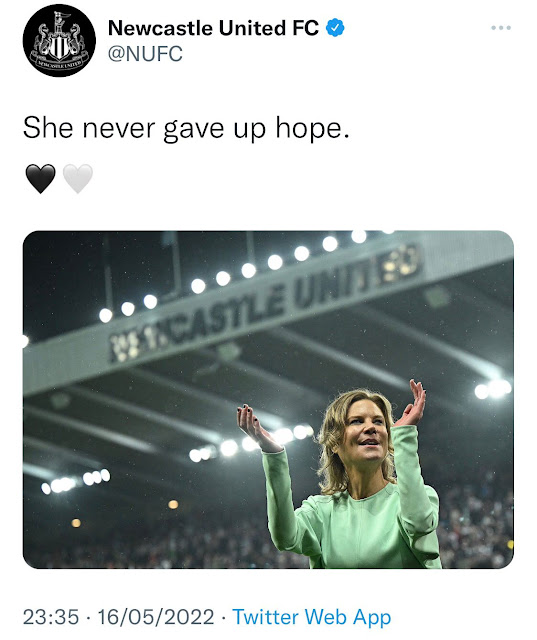