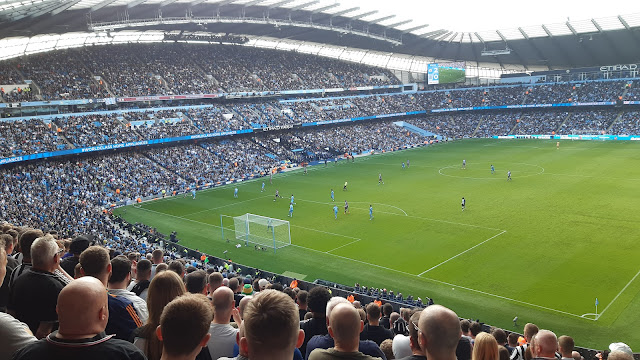 We travelled doon in a convoy of a 9 seater transit and a black n white car and arrived in good time! (6 big kids and 4 grandkids!)---We parked not too far from the groond and heeded to central Manchester via a short train ride for a few 'gargels' in 'The Lass of Gowrie' (Just one for me az aa woz one of the drivers!) 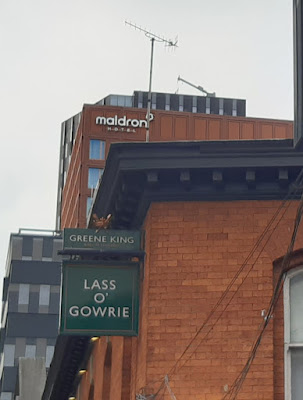 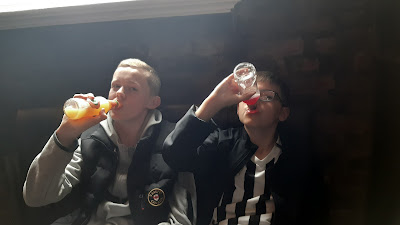 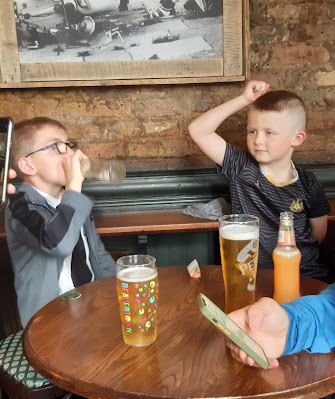 It woz then onward back to the groond via tram this time and we were in wor seats 30 mins before the start!

The hope woz that the Man City players would still be 'on a downer' after their dramatic Champions Leegue elimination orlier that week! 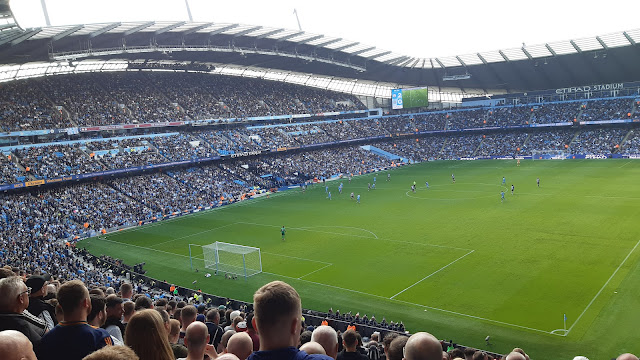 However!---It woz the complete opposite of that and they went off at frantic pace straight from the kick off!  Within 5 minutes they'd had 3 great chances to take the lead, but, thankfully they fluffed their lines!

It woz anly a matter of time before they scored and sure enough Sterling heeded home with 19 minutes on the clock! 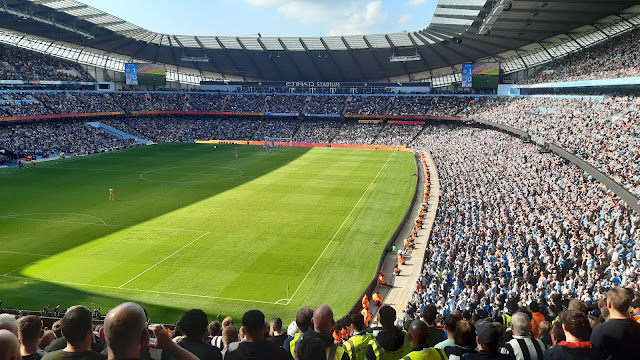 'The Blue Moonies' could have had at least 3 more goals before they scored their 2nd aboot 5 mins before the break through Laporte after Toon goalie Debravka had spilled the baall!

NUFC could hardly get oot of wor own half and we were very lucky to gan in just 2 goals to the bad at the break! (It could have easily been 5 or 6)

The 2nd half wozzint much better for us and it woz soon 3-0 through a Rodri heeder from a Bruyne corner just on the hour mark!

Callum Wilson and Kieran Tripper then made an appearance for 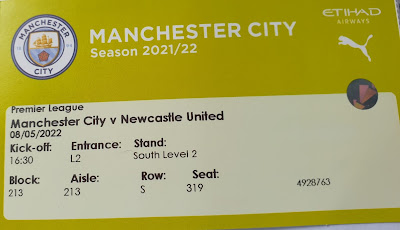 The Toon after lang absenses through injury and for a brief time we lokked like we could actually score a goal, but Wilson missed a great chance az we tried to attack towards the goal where the 3,000 Toon fans were housed!----but to no avail!

2 goals in stoppage time for the current Premyaa Leegue champions finished us off and a 5 goal thrashin' woz wot we desorved (Could have been a lot more of course!) Wor worst defeat of the season!

The gulf in class between 'them' and 'us' iz immense and with wor owners lookin on from the directors box, they must surely realise that this woz 'a reality check' and major changes MUST be made in the close season! 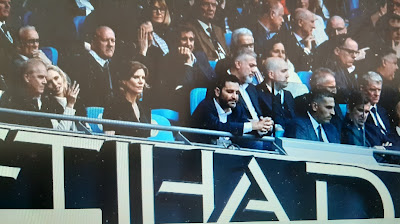 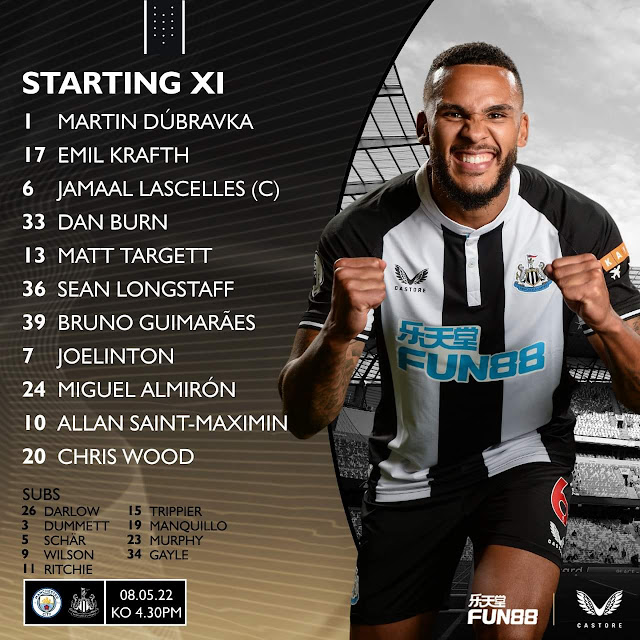 Perhaps WE shud rename it 'The DREAD-HI-AD' STADIUM! 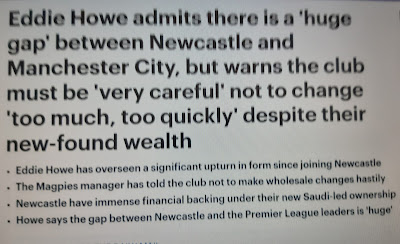 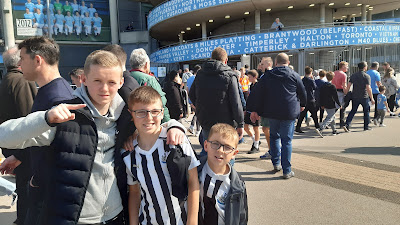 Posted by fink the mad-sad groundhopper at 12:01