Posted from '11:00am bells' Wedinzday 22nd January 2020 on the train back yem from Liverpoool! 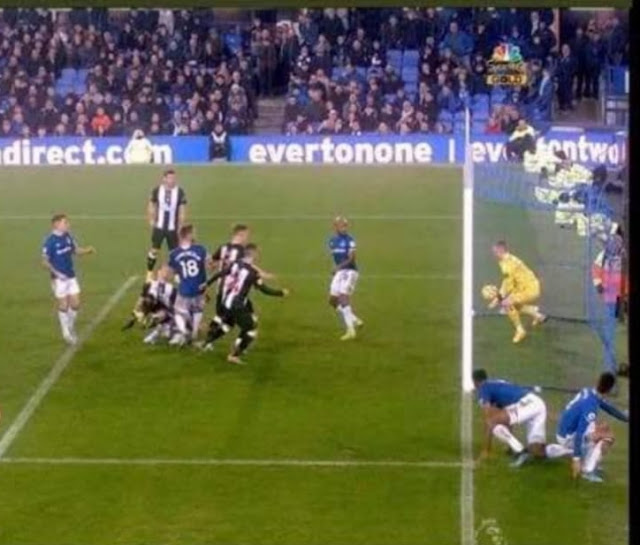 Evaatin were aall ower us az we struggled to get ower the halfway line or put 2 passes together! 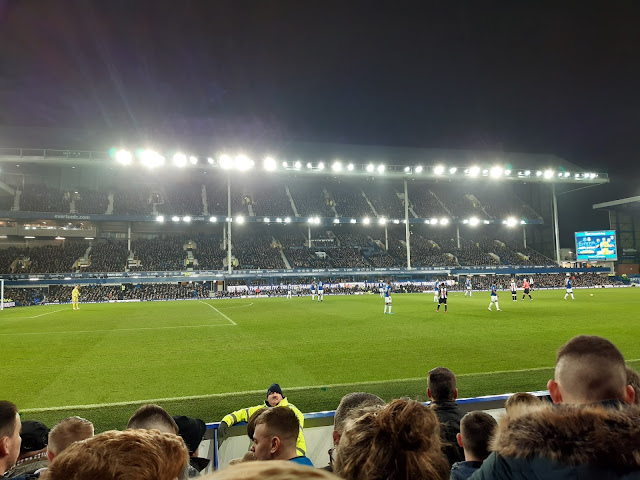 It woz nee suprize when wor hosts took the lead in the 30th minute through Kean!

With Joelinton up front with Almiron we faced the hopeless task of tryin for an equaliser!
We somehow went in just one goal to the bad at half time!
We had nee shots on target in this half! 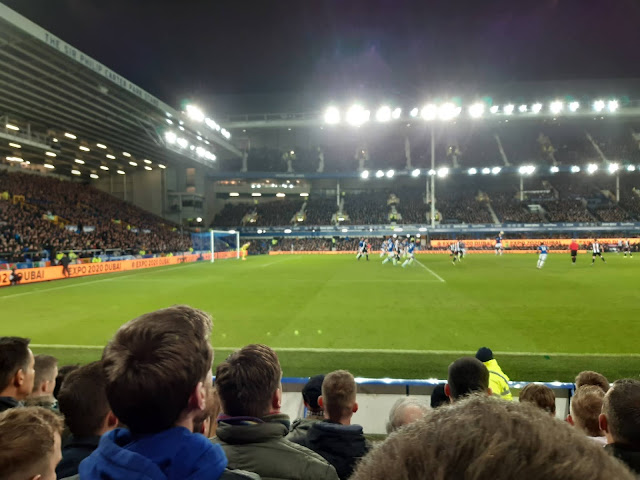 The Toffee Noses doubled their lead 9 mins after the restart when Calvert-Lewin fired past Dubravka in The Toon goal!

The ineffective Joelinton then went off and az we had nee forwards on the subs bench, he woz replaced by Schar!

Evaatin shud have had many more goals az the game reached its climax and the 4th official indicated 4 mins of stoppage time!

And then the fun started!
In the 94th minute Lejeune latched onto a corner kick and sort of sizzor kicked the baall into the net for a consolation goal at The Glydiss Street End! (Or so we thought!)

And then the moment of the game!----A mad scramble in the Evaatin box just one minute after wor forst goal resulted in the ref pointing to hiz watch to indicate that the baall had crossed the line and signalled a goal for us!

The Toon fans went ballistic az the players ran towards us! 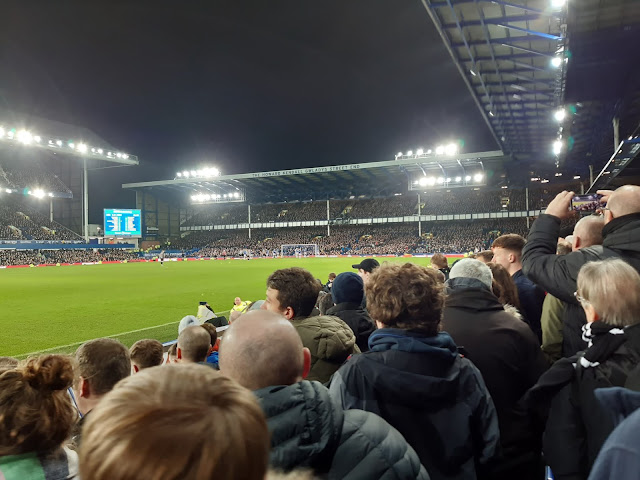 Because of the poor view we had from row 8 of The Bullens Road Stand, (above) nee one had a clue who had scored the goal, but it mattered not az we had got a precious point az the ref blew for full time!

Amazing!--- we didn't have a shot on goal in normal time, but got 2 in 5 minutes of extra time! 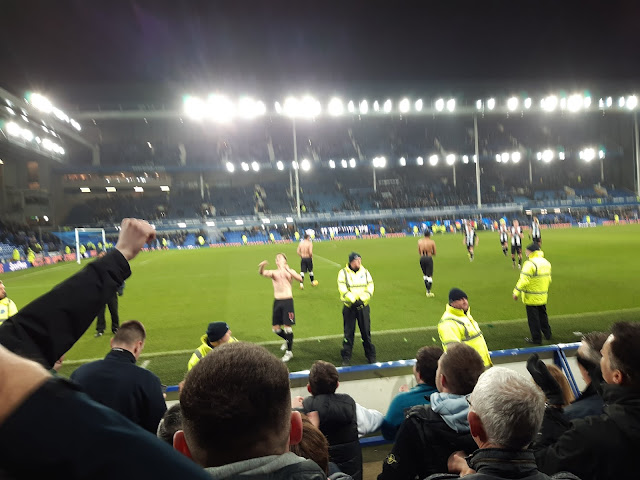 Toon players hoy their shirts
to the fans at the end of the game!

It later transpired that the mackem we love to hate, Jordan 'short arms' Pickford, had been standing behind the goal line az he caught the baall with his bright yellow gloves, for wor equaliser!
UNREAL!- But comical!
(Lejeune had scored again!)

PS: It shud be noted that many Toon fans left orly and missed wor goals, includin 'Donald from Darlo' and 'Alex of St. George'
They had a very restricted view of the goals as they were sitting on a bus back to the city centre when we scored!
Perhaps they shud be caalled 'Donald the Duckegg' and 'Alex the A******e'! 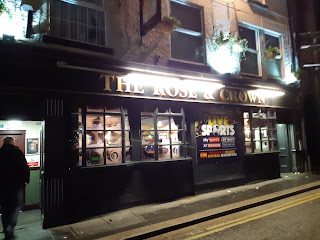 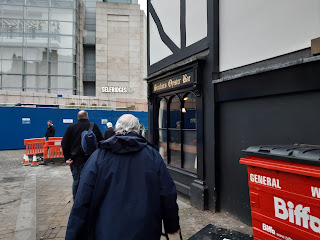 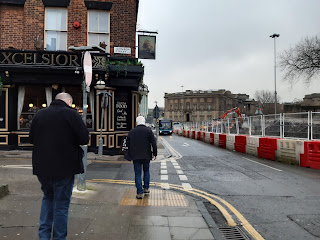 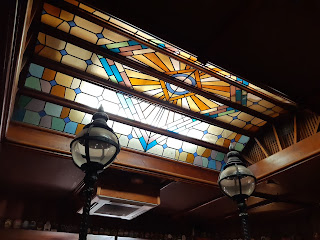 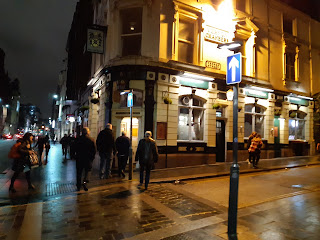 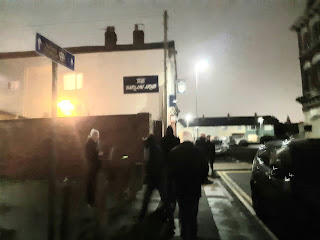 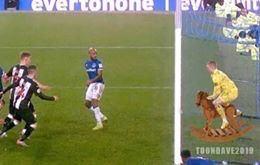 Posted by fink the mad-sad groundhopper at 11:02