"AZ THE OXO 'GRAVY TRAIN' COMES OFF THE RAILS!"


A line up with 9 changes from wor last game that had me ’finkin’ that a draw waz on the cards and yet anothaa midweek replay---Aa shouldn’t have worried though az these performances seem to be saved for the FA Cup and yet anothaa exit before February haz come! (saves on expensive trips to Wembley in May!---eh!)

The day starterd off at 5:45 am bells’ when aa caught the forst bus to the Toon and then onward by train to---DURHAM!


A bit cheaper than the train fare ‘aall the way doon’---so that waz the way we travelled!

At the Central there were loads of people wearin’ claret n blue scarves and hats and not one person wearin’ any Toon gear?

Were they Gatesheed fans heedin’ for Torquay (where The Heed were playin’ (Gatesheed’s 2nd strip iz claret n blue) or some rugby club heedin’ somewhere?


Mee curiosity got the better of me and aa asked one of them ‘who there were and where were they gannin’?

The carriage I woz in on the train to King’s Cross waz packed with them and not a Toon fan in sight (£144 probably put them off!)


And then—just before the train pulled oot one of mee travellin’ companions torned up, namely 'Adam (withoot) Aunt' <(he NEVA brings hiz aunty!)

We got off at Durham az planned and Jimmy waz waitin’ in hiz ‘Mag-mobile’ to whisk us away to Oxfaad!


On the way we picked Adam’s daddy up at Northampton sorvices (he lives there) < (Eh!--Northampton NOT the sorvices!) who woz caalled Brian and we sped off towards wor final destination!

Oxfaad’s groond iz some 4 and a half miles from the city centre and the ‘plan’? woz to park there and get a bus into Oxfaad for a few ‘gargels’ with the lads who went aall the way by train!


We parked up next to the away end at ’high noon bells’and heeded for the bus stop, a 10 minute waalk away on the Blackbird Leys estate! <(where there were riots in the 1990’s !)


The bus jorney woz torturous az we made wor way through heavy traffic—passin’ several ‘drinkin’ dens’ on the way!—It woz takin’ ages and I suggested we get off at the next boozer az time woz getting on (‘12:20 bells’ by this time) 'Jimmy the Riddle' woz havin non of it!


“We’ll stay on and meet the lads!” he exclaimed, addin’ that az HE woz the driver and couldn’t drink anyway,  he wasn’t bothered aboot the rest of us getting’ wor pre match gargels! <(SELFISH B*****D!)


We eventually arrived in the centre some 30 mins after getting’ on the bus!---but ended up a lang way from where wor companions were drinkin’!---This woz because the postcode they gave us to tell us where they were woz WRANG (OX1 1SU instead of OX1 3SU!) so we decided that az it woz now ‘qwaataa to one bells’ to heed for the nearest hostelry instead just around the corner from where we were! 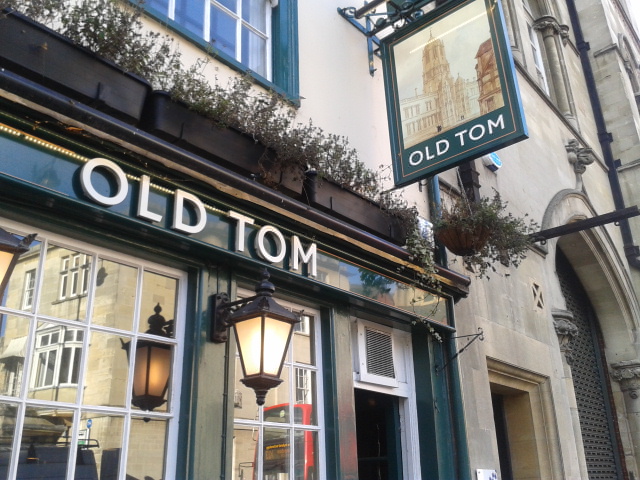 The rest of them eventually foond us (“HORRAY!”) and ‘Colonel Gadaffi’ said that there woz a ‘hysterical’ pub alang the road caalled ‘The Chequers’ (see photo!) which woz wor next ‘port o call’


We went there but it wasn’t that ‘hysterical’—more ‘historical’ (‘The Colonel’ IZ getting’ on a bit!) and soon it woz time to heed back to the groond and face the torturous 30 minute retorn jorney!

We made it with a little time to spare and heeded for the away end where the 1,800 or so Toon fans were housed!

We needn’t have bothered comin’ az Rafa sent oot a resorve team who didn’t seem to be ‘up for it’!


Really we shud have been aheed at the break but fluffed chances cost us and the 2nd half woz a different story!


With ‘The Oxo Ultras’ fans behind the far goal and the home side kickin’ that way, they were aheed barley 30 seconds after the restart when Hemmings scrambled the baall into the back of wor net from a corner kick!


And then in the 66th minute we had a bit of luck az Mitrovic woz bundled ower in the box and the ref gave us a penalty. Mitrovic took it himself but predictableee he missed it by placin’ the baall just to the right of their keeper who managed to parry the baall away to cheers from The Oxo mob’


It woz soon 2-0 after this az wor heeds dropped! Anothaa corner which woz heeded in by Nelson to ‘finish us off’!

The 3rd and final humiliation came just before the end when Martinez heeded in from yet anothaa corner to send many of The Toon fans to the exits!

Yet anothaa ‘’Disaster Day’ for the faithful to endure and from a personal point of view this waz the SEVENTEENTH TIME av seen NUFC lose to opposition from a lower division in the FA Cup!!!! 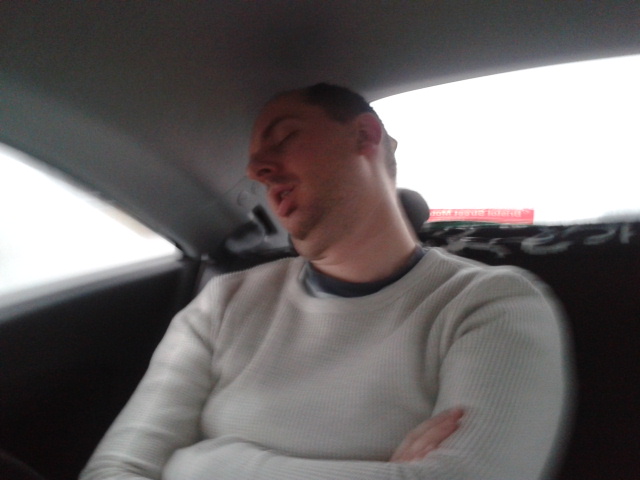 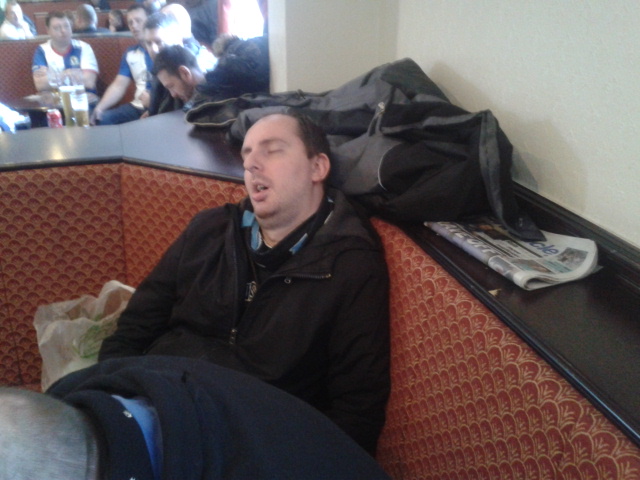 Posted by fink the mad-sad groundhopper at 12:16