"GANNIN' ALANG THE SCOTSWOOD WALK TO SEE THE BLAYDON PLACES!" 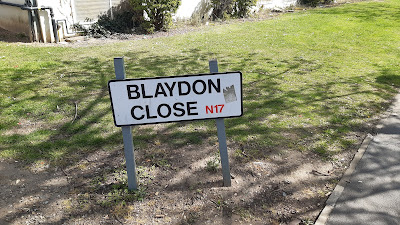 A dragged meesel oot of 'mee pit' at '6:00am bells' and heeded for 'The Central' to catch an orly train to London!

On arrival at '11:15 bells' we heeded for The Betjeman Arms for a quick 'gargel before catchin the tube to Tottenham Hale and then an overland train to Northumberland Park!  From there we heeded for a new boozer we had never been tee before in an industrial estate 15 mins walk from the groond caalled The Redemption! 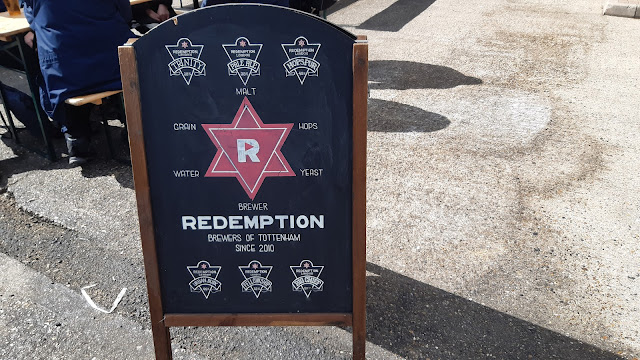 It woz virtually empty when we got there and at £3:60 for a pint of 'Redemption', it woz actually cheaper than the boozers aroond SJP back home!----It's one of them boozers that is cheap and chatty and old wooden pallets held up the bar coonter!!! 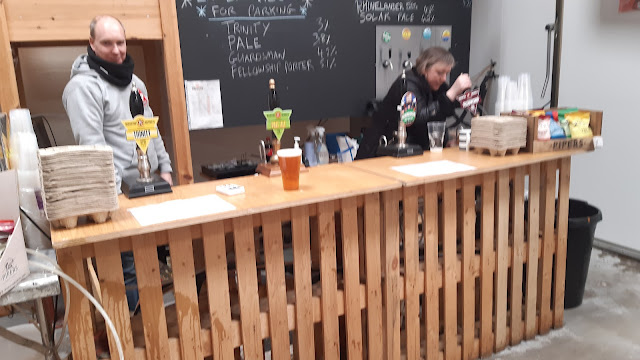 They brew their own beer on the premises and that cuts oot transport costs! 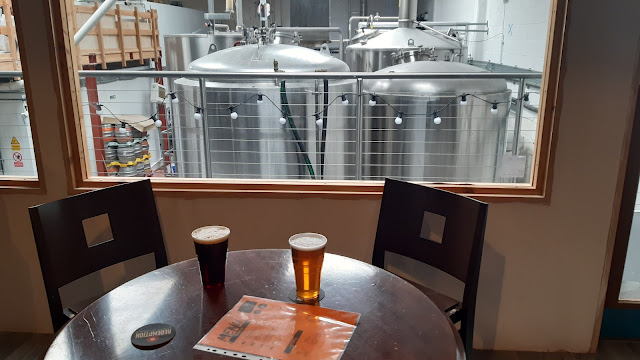 "ONLY FOOLS AND HORSES!"

There woz one hilarious event that could have been taken from a 'Only Fools and Horses' script!----The door next to the room we were in woz closed and fans with 2 pints or more couldn't open the door. So a Toon fan, who shall remain nameless, caalled 'Ash', who woz sittin near the door, got sick of openin it to let them in, so he decided to wedge a bit of cardbourd under it, to keep it open!---After several unsuccesful attempts he gave up and sat doon!  I noticed a door hook behind the door (which he hadnt spotted) and said to him, why didnt he just hook the door back instead?----He did to roars of laughter from some Sporz fans! (Yi couldnt make it up!)

After a few 'gargels' there, we heeded for the groond where we passed some familier north east place names like Morpeth Walk, Scotswood Walk and Blaydon Close!---- not forgettin the name of the station! 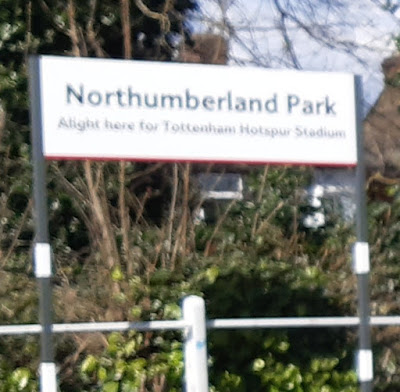 The boozer, by the way, woz just off the WEST ROAD to make us feel completly at home! (The West Road iz aalso the name for the main road oot of 'The Toon', travellin 'west' (would yoo believe!?) 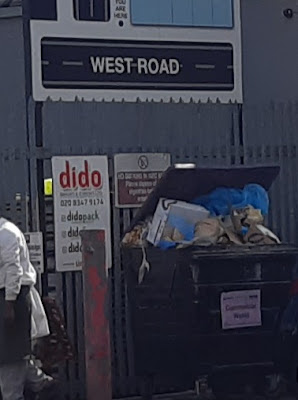 Withoot doubt this woz the worst 2nd half display from The Toon since 'Steady Eddie' took ower!---It woz like gannin back to the bad old days under 'Bruceless', az we fell apart in the 2nd period! 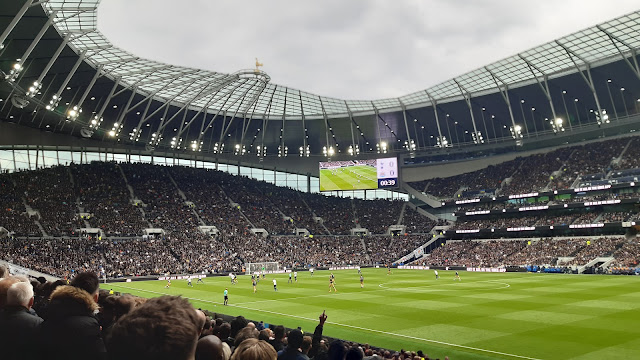 NUFC PLAYED IN BLACK TOP WITH YELLOW SHORTS AND SOCKS

It started off so well in the forst half az we matched Sporz, az we attacked the far goal from where the 3,000 Toon fans were housed! 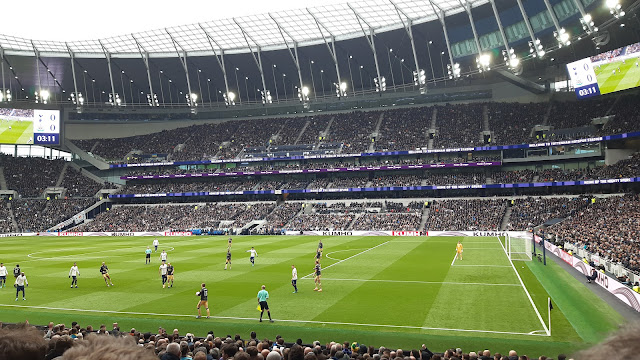 Indeed, we took the lead through a free kick from 'Fab' Schar in the 40th minute to send the faithful wild with delight!---That delight torned to dispair just 3 minutes later when Ben Davies equalized with a heeder for Sporz, after a defensive mix up!  HT 1-1 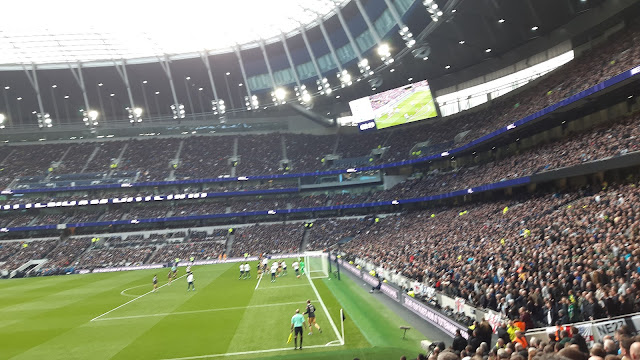 The 2nd half woz a different story however az the home side took the lead just 2 mins from the restart when Doherty heeded home with wor defence aall ower the place!

It woz soon 3-1 to them and the game woz lost when Son fired home from a Kane cross, az we simply couldnt deal with there attacks!

4-1 woz the inevitable outcome though Royal with a simple tap in, az we imploded and finally a fifth woz added near the end when an unmarked Bergwijn fired past Dubravka in The Toon goal to seal the victory and send the NUFC fans into meltdoon! 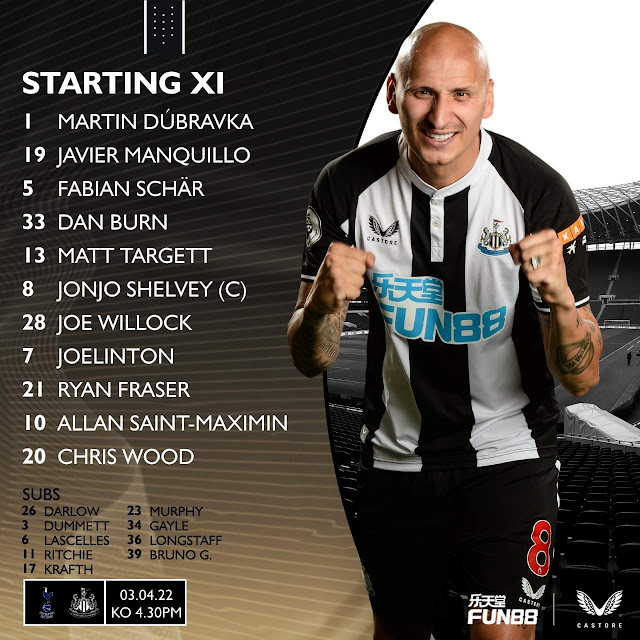 A one to forget I'm afraid az we heeded back to King's Cross to catch the '9:00 bells' train back yem after a few more drownin of the sorrows gargels back in The Betjeman Arms near the train station! 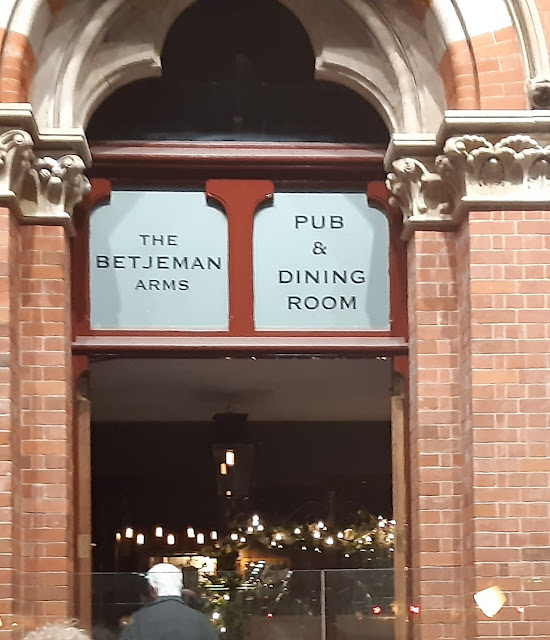 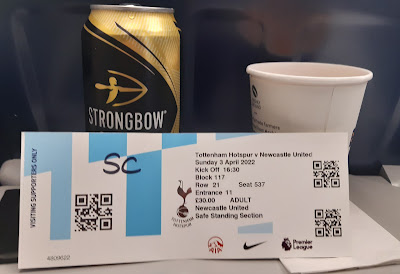 Posted by fink the mad-sad groundhopper at 13:04