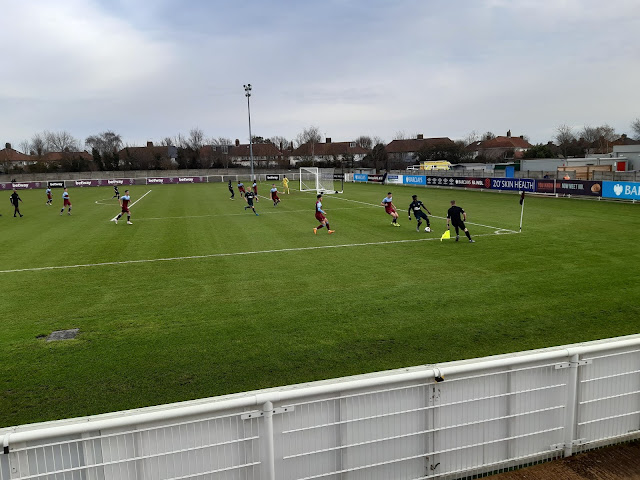 Anothaa inept performance from NUFC-- This time from wor U23 side who were totally outplayed in Romford az we torned oot in wor aaful aall green strip!

I had travelled doon by train the neet before az the train fares for the Munday mornin were astronomical at £155 the cheapest I could find!
A £32 fare woz in the offing for Sunday evening, so aa went for that and a £15 owerneet stay in Barking (east London) sharing a twin room with Blondie Alan the Morris Dancer!

After a few gargels in The Barking Dog in BARKING ("woof!-woof!") it woz time to retire to the nearby hotel for a few hours kip!

It woz p*ssin doon by this time and we got soaked to the skin waakin' the few hundred yards to the hotel alang the road!

If the heavy rain woz to continue then the match would have been in doubt! 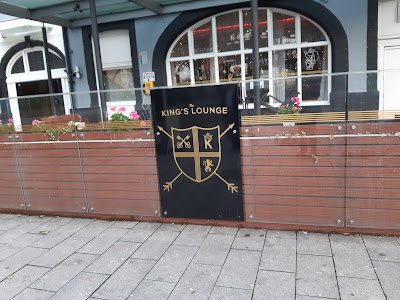 Thankfully next mornin it had stopped rainin', so we heeded for Romford which iz a 25 minutes bus ride from Barking! (But not before a quick liquid lubrication in the King's Lounge!)
The bus dropped us off ootside the groond and we heeded for the ticket office!

Apart from me and Blondie there were 5 othaa NUFC mad-sad groundhoppers present who had made the 500 mile plus roond trip from Tyneside and Yorkshire! (they didn't ask and paid a fiver to get in!)

Just like the 1st team game v Bornley we were dire and were lucky to get away with a 4-0 defeat for certain!---az the home side dominated the game for lang periods and took the lead in the 5th minute through Scully and the rest iz 'history'!  (We were lucky to get 'nil'!) 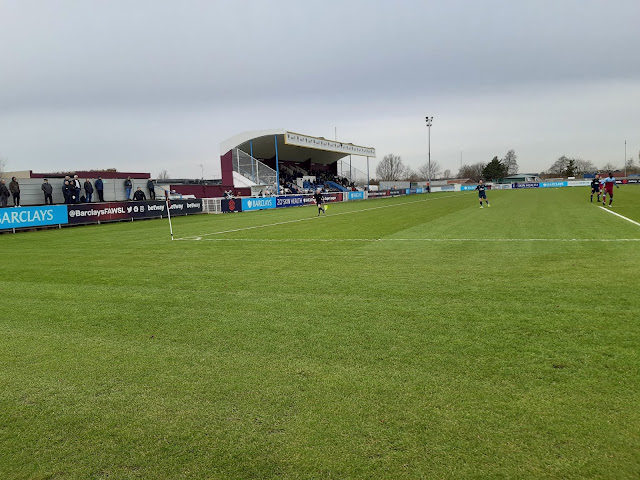 Whey!--- that's the match report---in total we had 3 shots on target throughout the whole game---which is 3 more than the game at Bornley on Saturday!
Its VERY hard work bein a Toon fan these days!

After the game we heeded for Romford and then the bars aroond Liverpoool Street tube station, where several liquid lubrication were downed! 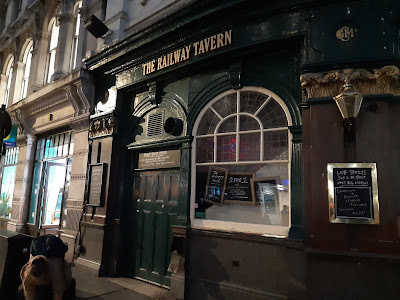 
---And then it woz onward to KX (King's Cross) to catch the '7:30 bells' train yem!---but not before a couple of 'gargels' in the appropriately named Northumberland Arms on King's Cross Road---where the pub's black n white cat jumped off the top of a bandit machine, onto the table aa woz sittin at, nearly knockin mee pint ower in the process!
The cat then jumped back onto the bandit a few minutes later, narrowly missin' mee heed! 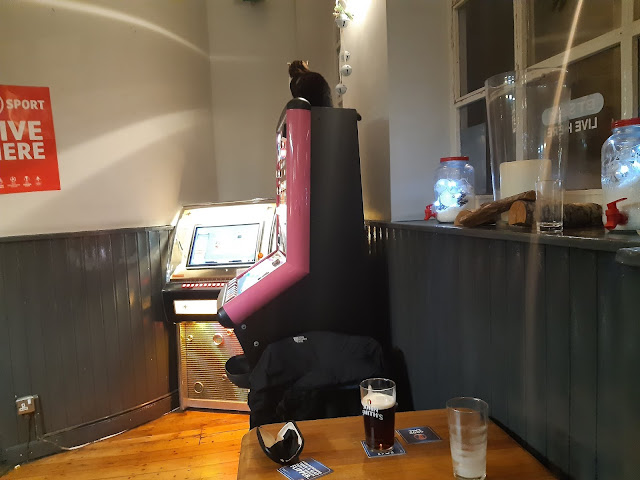 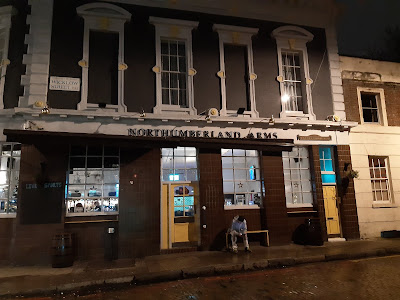 PS: I am deeing this report on route to The Toon az we speak!
Much more to follow!----now completed! (Tuesday)

We woz there!  The proof! 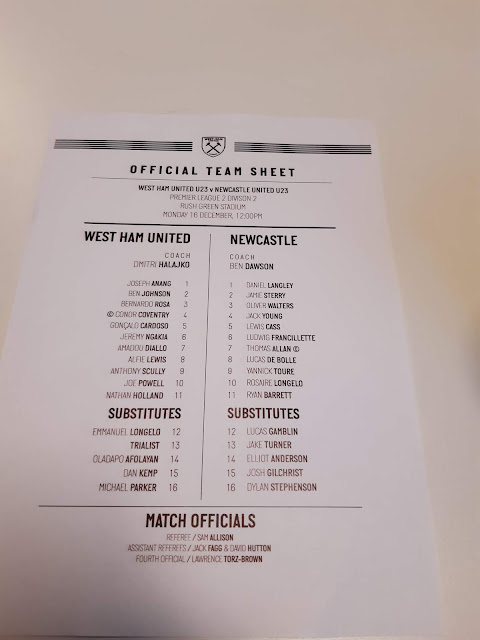 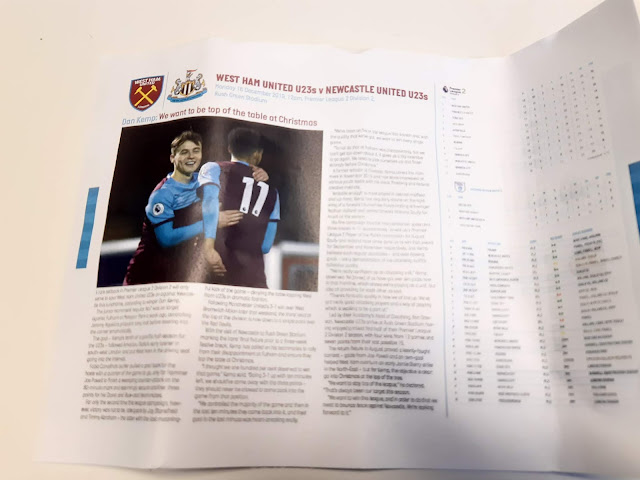 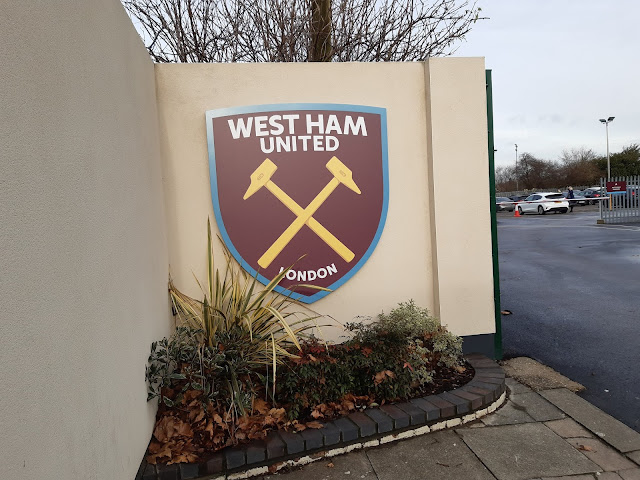 *
Posted by fink the mad-sad groundhopper at 11:30