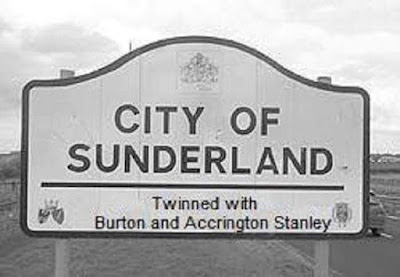 It's amazin'---isn't it!?----Less than 2 years ago the SMBs were celebratin' wor relegation and their survival in the top flight!
'Fat Sam the Ugly Man' did a jig of delight aroond the SOS pitch az their win against West Ham kept them up---and relegated us!

And less than 2 seasons later----and after wor promotion back to The Premyaa Leegue az champions at the forst attempt--- and their double relegation!---(needin' 2 attempts!)---- they find themsels in Leegue One, two leegues below us!---where they will play the likes of Accrington Stanley, Fleetwood Town, Wycombe Wanderers and 'good old' Gillingham (who can forget them and Tony Cascarino who put them in the 3rd 'tear' in 1987!) 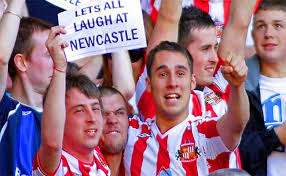 A BANNER ON THE TYNE BRIDGE 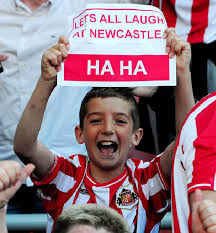 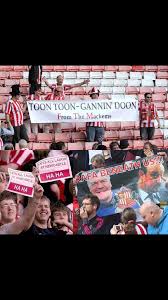 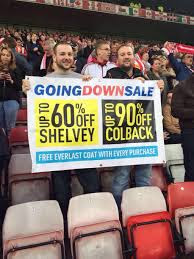 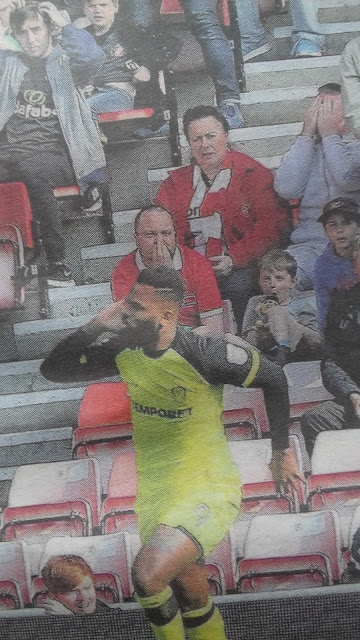 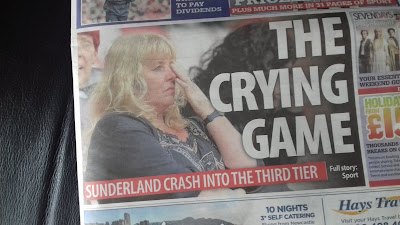 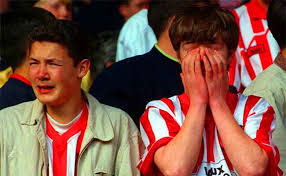 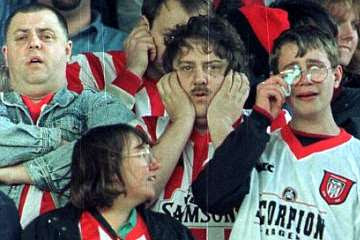 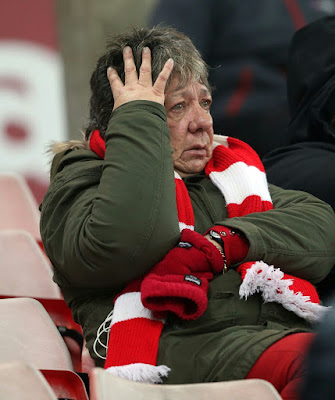 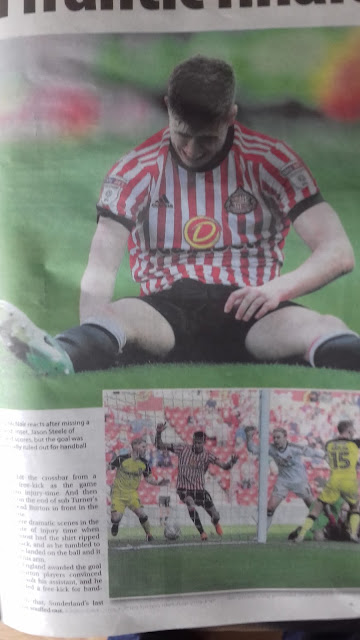 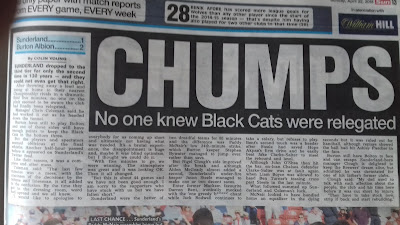 News that Geordie hero Sir Chris The Coleman haz been sacked reaches us less than a week after bein' knighted by the Queen for services to futbaall! 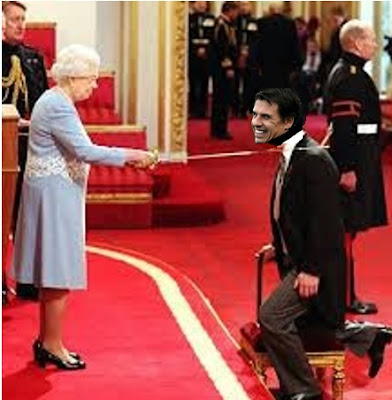 Owner Ellis Shortarse (who haz done a MAGnificent job az well!) haz sold the mackems to some consortium  from National Leegue side Eastleigh FC? who finished in 14th position! (It's the same leegue that Gatesheed are in--and they lost 2-0 to them a couple of weeks ago!----Soonds aboot their real 'level'!)


Posted by fink the mad-sad groundhopper at 14:06