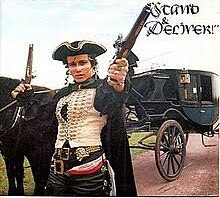 News that West Brom have failed in their bid to have safe standin' iz shear hipocrisy!

How come Celtic can have safe standin' in a 60,000 capacity stadium and not the rest of us?

Anyone who gans to an away game naaz that yoo MUST stand to see the game az hardly anybody sits doon!

Leeds Rugby groond's new stand haz just been opened by the sports minister Tracey Crouch, with a STANDIN' AREA!----which she praised!
Yet she rejected West Brom's application!!!!-'-HIPOCRISY OF THE HIGHEST ORDER!

If its deemed not to be safe to stand then how come they can in Scotland and in rugby in Ing-er-land????

There's a petition dein the roonds to force a debate in Parliament which needs 100,000 signatures to get it debated
'The Geordie Times' haz signed it, az we personally prefor to stand anyway!

At the time of (forst) writin' this, nearly 25,000 signatures aalready!

Updated on Wednesday 18th April 2018
More than 63,000 signatures have now been registered!

Updated on Wednesday 25th April 2018
104,000 plus have now signed, so the 'target' iz reached and will be debated in Parliament!
" WELL DONE LADS AND LASSES!"

We will keep yoo updated!
Posted by fink the mad-sad groundhopper at 22:14