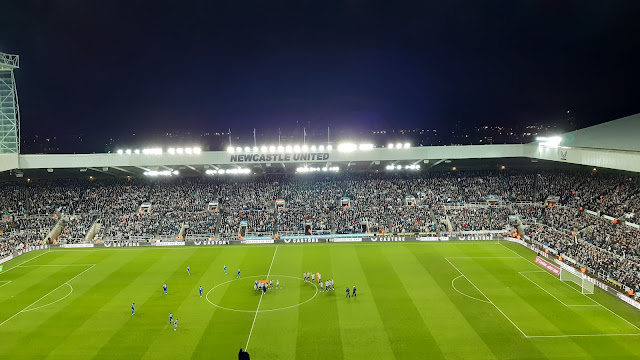 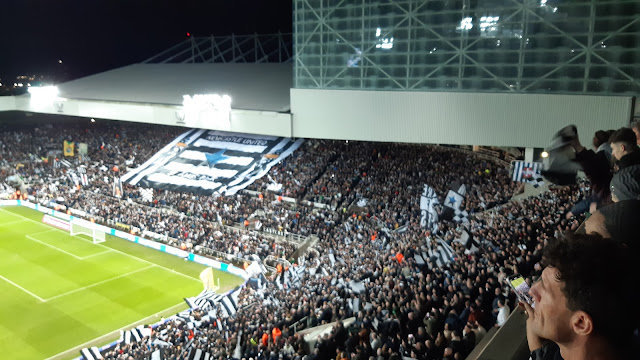 Wor forst semi final in this competition for 47 years woz conformed after a convincin win at SJP in front of a record crowd for a Leegue Cup tie here! (52,009)

Thankfully 'Steady Eddie' played a full strengh team this time (unlike at Sheff Wed) and it showed from the forst to the final whistle!

We dominated so much in the forst half az we attacked The Leazes goal, but just couldn't make the breakthrough thanx to the Lestaa goalie Ward, who played a blinder! 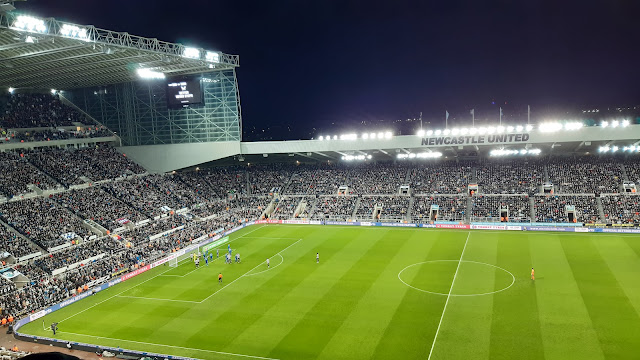 Within a few seconds of the restart Joelinton hit a shot against the post---a warnin' shot from wot woz aboot to unfold!

The major breakthrough came on the hour mark from an unlikely source, when 'local hero' Dan Burn raced into the box and hit a sweet shot across the goal and into the corner of the net to send the vast majority of the 52,009 crowd into raptures! ---Hiz forst ever goal for The Toon az well! (Dan used to gan in 'The East Stand' with hiz family to support us when he woz a kid!)

He's from Blyth in Northumberland and the crowd sang a little ditty in praise of him:  "You'll never ever beat Dan Bu--u--urn, he's from Bly--i---iyth"

The 2nd goal came not lang after when Joelinton did exactly the same and placed hiz shot into the same corner az 'Dan the Man' in the 72nd minute! (Q Ecstatic scenes from the pitch and stands!)

Game ower?---whey not quite, az sub Jamie Vardy missed 2 great chances to pull a goal back for wor visitors, but with 22 shots on goal for NUFC, this woz a very one sided game apart from that!

The draw iz tooneet after the Sooothampton v Man City tie and we can anly hope that we avoid Man City in the 2 legged semis if they win, az thiz would be the toughest draw of aall!. Moan U are through az well, which leaves Forest and Wolves, the other teams left! (Can we draw one of those pleeeze!?)

Even if we divvint make it to the final, we are makin great progress indeed----3rd in the table with more signings imminent! 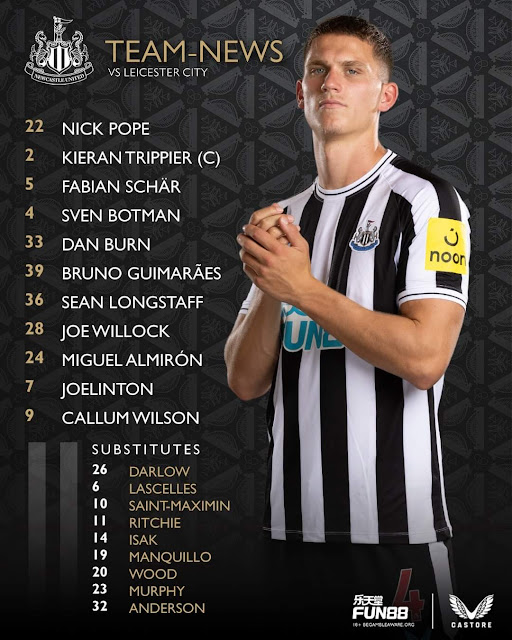 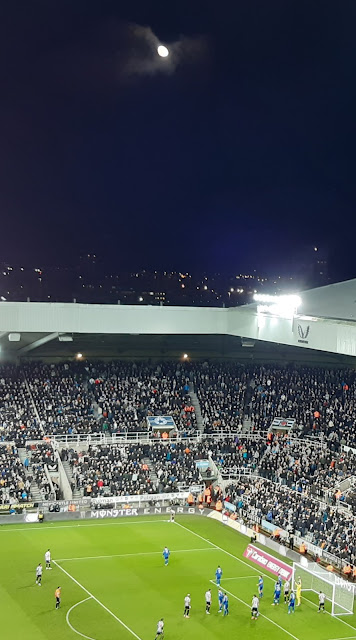 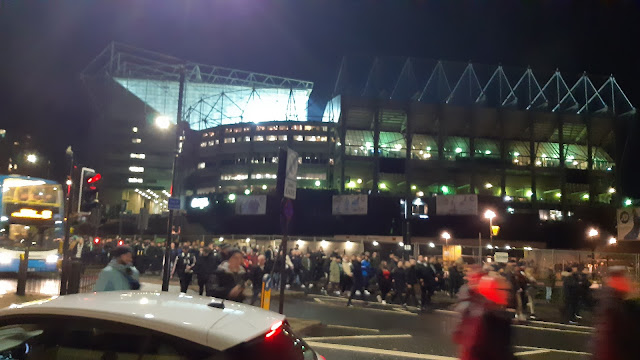