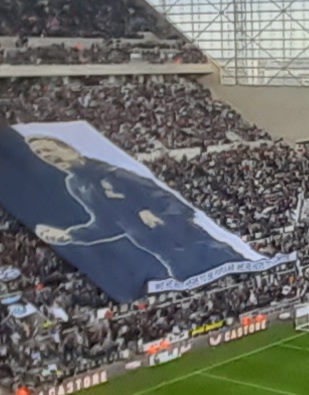 THE SIGN UNDER THE EDDIE HOWE BANNER SAYS:
"WE'RE NOT HERE TO BE POPULAR, WE'RE HERE TO COMPETE!"

This woz a tough game against a very resiliant Fulim side who looked much better than the team we beat 4-1 at their place orlier this season! 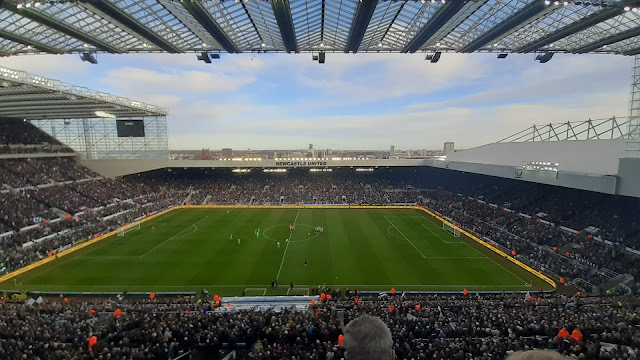 Fulim came here on the back of an historic win against arch rivals Chelsea on Thorzday neet---historic coz this woz anly the 2nd time they had beat their 'big bruvver' in 35 years! 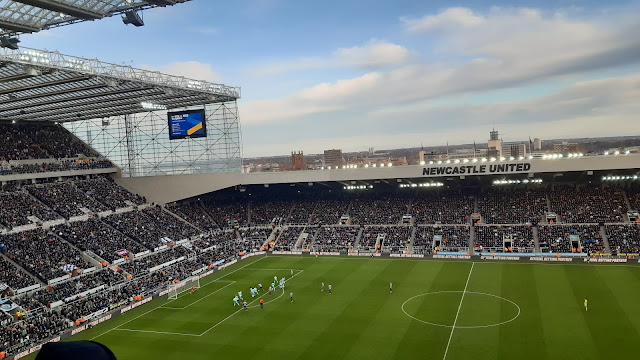 THE TOON ATTACK THE LEAZES GOAL (1st HALF)

And so it proved az we slogged away for the forst goal!---It never came in the forst half, but the 2nd half woz different!

While the Toon were on the attack at The Gallowgate End the big screen lit up to say that there woz a possible penalty at The Leazes End for Fulim!

After the ref looked at the monitor on the East Stand side, he pointed to the spot az Trippier woz adjudged to have fouled Codova-Reid in the box in the 67th minute!

After lang arguments up stepped former Toon striker Mitrovic aand he fired home past Pope in The Toon goal to put them one up, to loud cheers from the travillin 1,700 faithful who had made the trip from west London!----

But wait a minute!---the old guy who sits beside me at the match said he thought Mitrovic had inadvertently struck the baall with both feet!----After a quick check by the ref the goal woz disallowed to very large cheers from the home faithful!----We'd got out of jail! 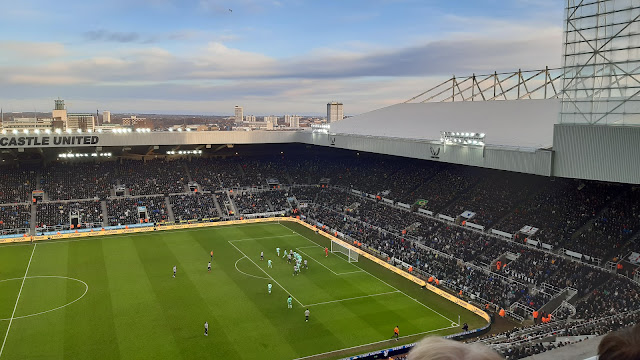 2nd HALF ACTION AT THE GALLOWGATE END

And then in the very late minute of the game we won it when super sub Isak heeded in from half a yard oot!----a goal that your great granny could have scored! Sean Longstaff crossed the baall and Wilson helped it on to Isak---and the rest iz history!

We never gave up and this woz just reward az we were the better team on the day!  Another valuable 3 points meant we gan back above Moan U on goal difference and just one point behind 2nd placed Man City!

The Arse beat Sporz 2-0 which meenz that they are now 9 points clear of us at 'the top of the tree' and look odds on to win The Premyaa Leegue now!  Sporz defeat meenz that the gap between them and us iz now 5 points and a Champions Leegue place looks better by the day for us, az we reach the halfway point of the season! 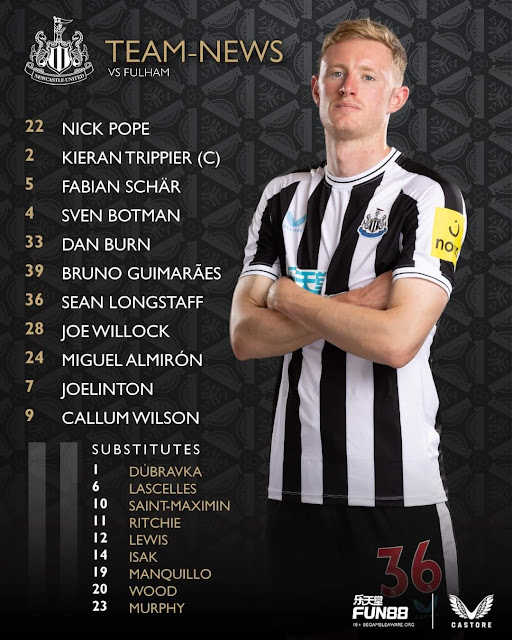 IF YOO INCLUDE THE LEEGUE CUP GAMES, NUFC HAVE WON 14 TIMES THIS SEASON, COMPARED TO ONCE AT THIS STAGE LAST SEASON!----"SOME TURNAROOND---"EH! 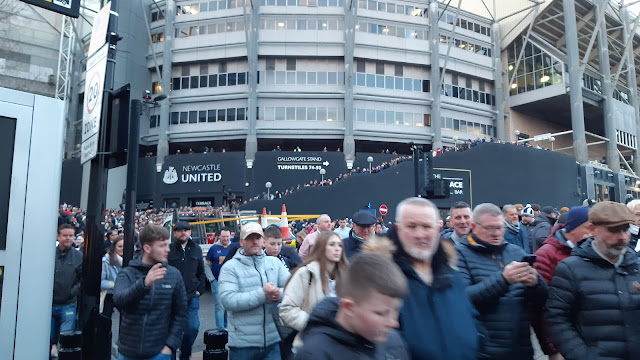 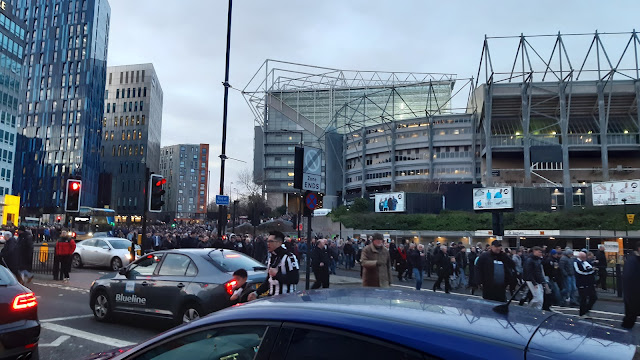 Posted by fink the mad-sad groundhopper at 12:52