Goals meen prizes, so WHY waz 'in form' Perez, who iz wor joint top goalscorer away from home this season  <(with TWO goals!) left oot of the startin' line up in favour of 'oot of form Mitrovic'  <(wor othaa joint top away scorer!) and Wijnaldum, who haz scored precisely NIL goals away from home!

We had a chance orly on when Aarons shot across the goal at the far end from us and missed the goal by a canny few yards!

Then Mitrovic had a chance to put us in the lead but shot against the legs of Wotfad's goalie and the baall went oot for a corner!

Apart from these 'highlights' of the forst half it waz back to the borin' misplaced passin' game az haz been the norm this season.

Rob Elliot made a double save after this to deny Wotfad and we went in level at the break, which waz better than a fortneet ago when we were one behind at this point!

However!--with just ONE minute on the clock in the 2nd period a through pass from a Wotfad player foond Ighalo who rounded Rob Elliot in the Toon goal to put the home side in front! (Hiz 'knee' waz later foond to be 'offside' in TV replays!) (McClaren missed this goal az he waz still comin' doon the tunnel for the re-start, yet he claimed the goal was definatly offside?)

Fluffed heeders then followed from us and Wotfad doubled their lead in the 58th minute when a scrabble in the box foond Cathcart and he wellied the baall home az the away fans held their head in hands in despair! <(at least 'I' did!)

Lascelles who had been awful up til this point then gave us some hope when he 'heeded' a Shelvey corner home 'with hiz nose' in the 71st minute, az blood poured doon hiz face!

Wotfad had chances to make it 3-1 on a couple of occasions aftaa this but couldn't finish us off---we did that worsels with missed chances later from 'super subs' Perez and Riviere!

Anothaa bad performance and McClaren tells us later that we played well!---obviously HE iz reet and WE are in 'denial' and divvint naa wot we are taalkin aboot! <(aall 2,100 of us who made the jorney doon) 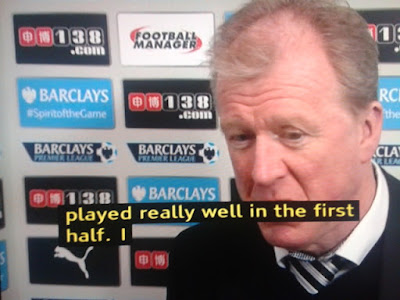 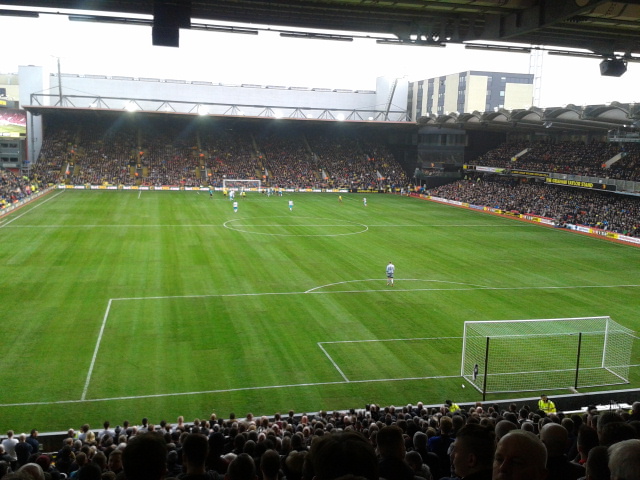 Sad stat: NUFC have now scored a total of just SIX goals away from home in TWELVE leegue and cup games
The lowest total of the 92 in the entire Futbaall Leegue!
The pre and post match 'gargels' took place here!
in Wotfad toon centre 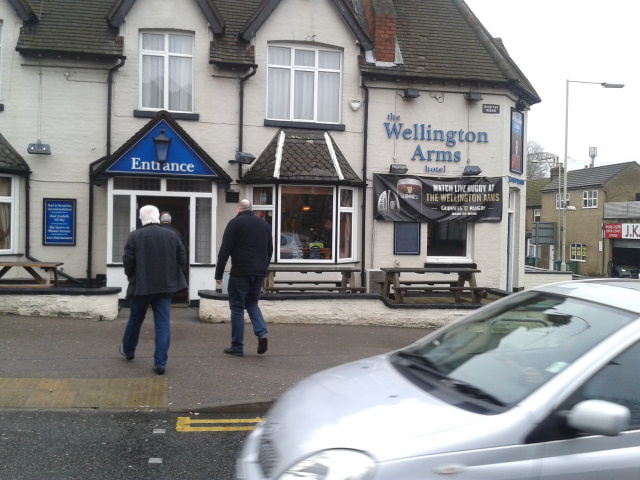 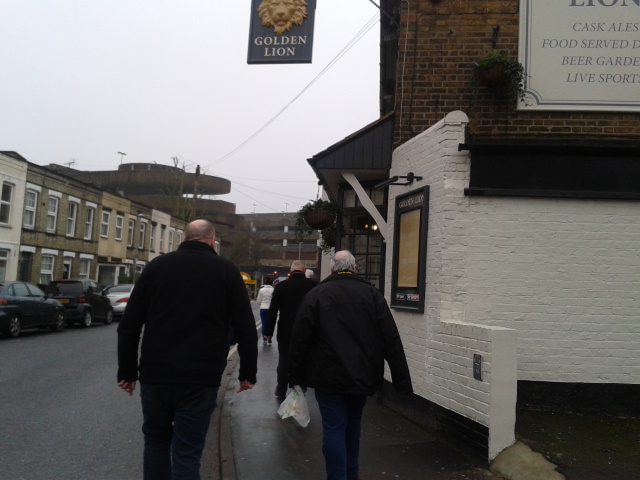 Posted by fink the mad-sad groundhopper at 11:19