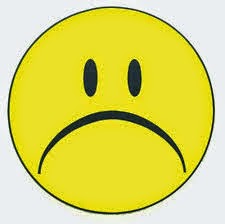 Before the game 'Pieman' Carver told us that he had prepared for the game az though it waz a World Cup final!

And az we  aall naa in wor recent history we aalways lose cup finals--- and this waz ne exception!

We actually took the lead in the 20th minute through a misstayk by a Swanzee defender, when he passed the baall straight to Perez @ The Leazes End and he had the simple task from 3 feet oot to tap it into the net!
Anothaa chance fell to Riviere, but he waz unable to convort and then 'The Swan Lakers' went for the jugular.
Two missed heeders from unmarked players were put wide but then deep into injury time in the 1st half they finally got their just rewards when Oliveira heeded home the equaliser!

Double tragedy struck at the start of the 2nd half when a Sigerdsson shot from a few yards oot beat Tim Krul in the Leazes goal!

Treble tragedy waz to follow when Cork put the visitors 3 up and the game waz beyond us!
A late consolation followed when De Jong <(remember him?) fired home @ The Gallowgate End in the 88th minute---but it waz aall in vain az we lost yet again!
Results elsewhere mean that we are nuw just FIVE points above the SMB's who nuw fill the last relegation place!

Aa sent wor lass the bad news via text message and aa aalways put a 'smiley' on it at the end--a happy one if we win---a winkin' one if we draw and a SAD smiley if we lose!---That's SEVEN sad smiley's in a row!