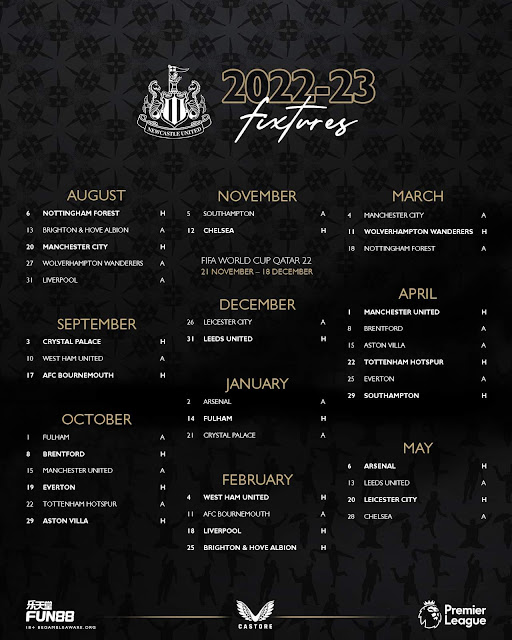 *Here are the propaa fixtures for next season!

We just knew that the 'leaked' ones on Munday were fake, az reported in The Geordie Times!⇊⇊ 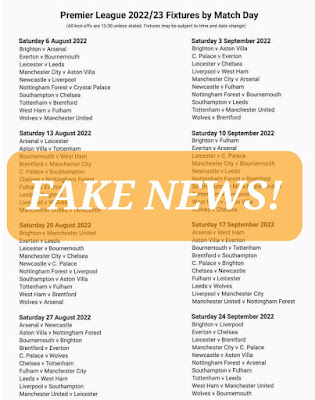 *NUFC start off with a home game against the newly promoted 'Friar Tuck Mob' from Nottingham, followed by a lang away trek to 'Ne Where Near' Brightin the followin week!

The 'Friar Tuck' game will take place az advertised on Saturday 6th August at '3:00 bells', az it hazzint been picked for live telly!

Aall othaa fixtures are subject to change and probably 50% to 60% of 'wors' will be moved for live telly or teams playin in Europe!

(Games for the rest of August and September will be picked for live telly on July 5th ---allegedly?)

Wot iz trueleee shockin' however, iz that NEE fixtures will be played between the 'so caalled' 'big six' in the last fixtures before the World Cup break, at the request of Gareth Soothgate and the FA! (Ing-er-land stand nee chance anyway!--- Hungary ranked 40 in the world won 4-0 against wor no hopers!)

In othaa words the Premyaa Leegue admit that we do indeed have a 'big six' and preferential treatment will be given to those clubs, against the 'pleb 14' includin' NUFC!---A cartel in othaa words! 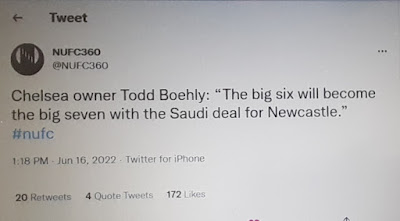