Attendance: 250 (estimated) 6 NUFC saddos  (plus 7 or 8 watchin’ ower a back garden fence despite the fact that it waz FREE admission! < Wot plonkers!)

A week before this game wor lass telt me that it waz 3 year old granddaughter Freya’s nativity play at nursery school, which started exactly the same time and day az this game at 1:00 bells in the afternoon! (Mee other grandson Zac’s nativity play waz at 3 on the same day az well!)

It waz a hard choice but mee head ruled mee heart and I chose to freeze to death in deepest Yorkshire despite catchin’ a heavy cold the day before the game!
(Wor lass said that she would video both of them on hor mobile and show me when I got back!)

My logic? waz that I would probably never get the chance to gan to Roundwood Pavilion again, but I could aalways make a special effort next year to see both of their nativity plays!

‘Blondie Alan the Morris Dancer’ picked me up in hiz ‘jam jar’ and ‘off we set’ to sooth Yorkshire with a ‘hand written note’ of how to get there! (Wot’s a sat-nav, like?)

Az we parked up some youthful Rotherham players in club tracksuits ambled doon the car park, jumped into cars and drove away?---az there waz ne sign of the NUFC team bus (just an hour before kick off) we started to wonder if we’d come to the reet place?---OR!—if they’d switched the game to Rotherham’s main groond instead?  (A groond we’d visited just 2 months previously!) 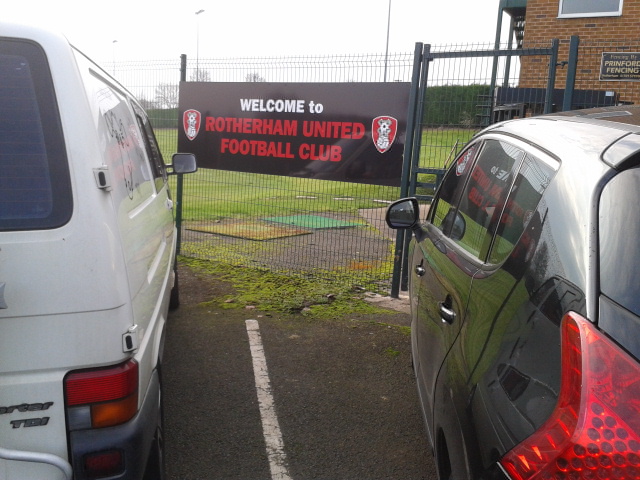 Panic attack!---we waalked up the car park where a sign conformed that this waz indeed Rotherham’s trainin’ groond!  Roundwood Pavilion waz at the top of the rise and we nervously asked a club official if indeed the game waz takin’ place here! “YES!” he said, much to wor relief----And then the next very important question---“Iz the clubhouse open?”--- again an affirmative answer waz given az the team bus finally torned up!----- so! (az yi de!) in we went for some much needed liquid lubrication! 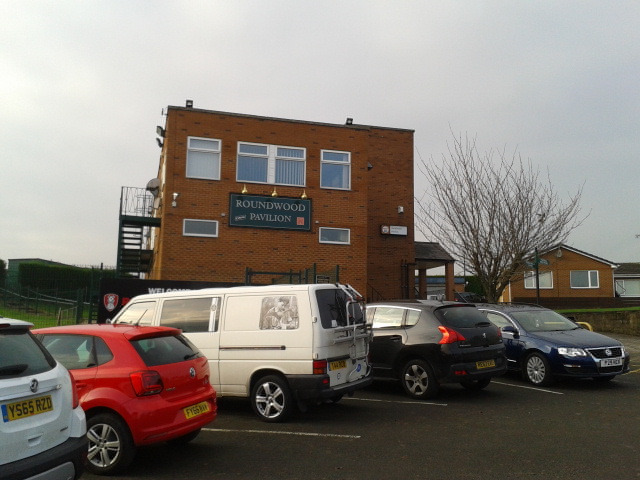 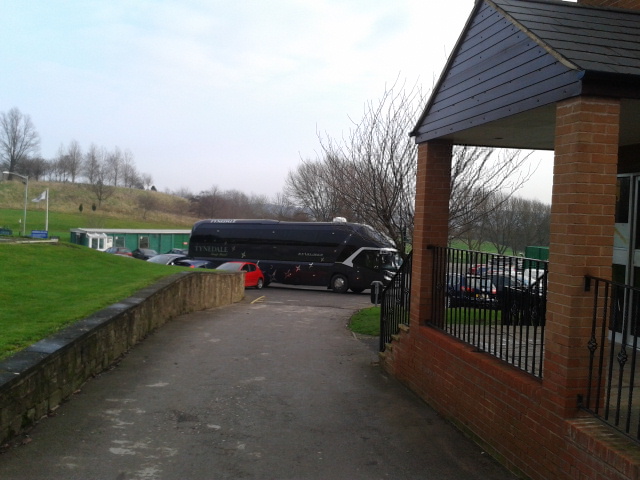 The clubhoose soon filled up---NOT with futbaall fans I may add, but with golfers from the course next door!

One fan (futbaall I fink?) asked if Rafa Benitez waz here! “ I wouldn’t have thought so az nebody in this team haz a hope in hell of breakin’ into the forst team at the mo!” I told him---addin’ that “Peter Beardsley waz here though!”---(he didn’t look impressed!)

It waz soon time to heed for the terraces of the Parkgate FC groond where the match waz takin’ place---apparently Rotherham rent the groond from them for 2nd team and junior games!

The usual predicable saddos were there includin’ Dave from York, Alex of St George, Glennn from Ashington and Biffa the Beer <(this isn’t a spellin’ missteak az he likes a pint or 10!)

The game kicked off in freezin’ conditions and suprizingly there waz a much bigger ‘crowd’ than wot I expected (250 to the 100 expected!)

However!---it took the home side just 3 minutes to level things and the scores were level at half time
﻿﻿
Nebody seemed to know that if we finished 2nd in the group (most likely) if we would qualify for the next stage—such iz the chaotic nature of the competition!

Anyway the 2nd half started off just like the forst, az pass after pass went astray and in the 68thminute we were punished for this when Rotherham took the lead when Bailey nodded in a glancin’ heeder!

Aaall looked lost but Callum Roberts saved the day for us 10 mins later with a shot from the edge of the box at The Clubhoose End!

Like aa say—az there iz ne format for qualification to the next roond we haven’t got a clue if we will qualify!?---OR NOT!?---wot a farce!

Aalso it waz the 2ndnew groond in a row to see the same home team (New York Stadium waz groond 322!) probably the one and anly time this will ever happen!

PPS: I paid the price of standin’ in the freezin’ conditions and still wasn’t reet by Xmas weekend!


Posted by fink the mad-sad groundhopper at 11:48